The woman told police she was walking on the Austin trail when the man approached her from behind and physically assaulted her on July 4. 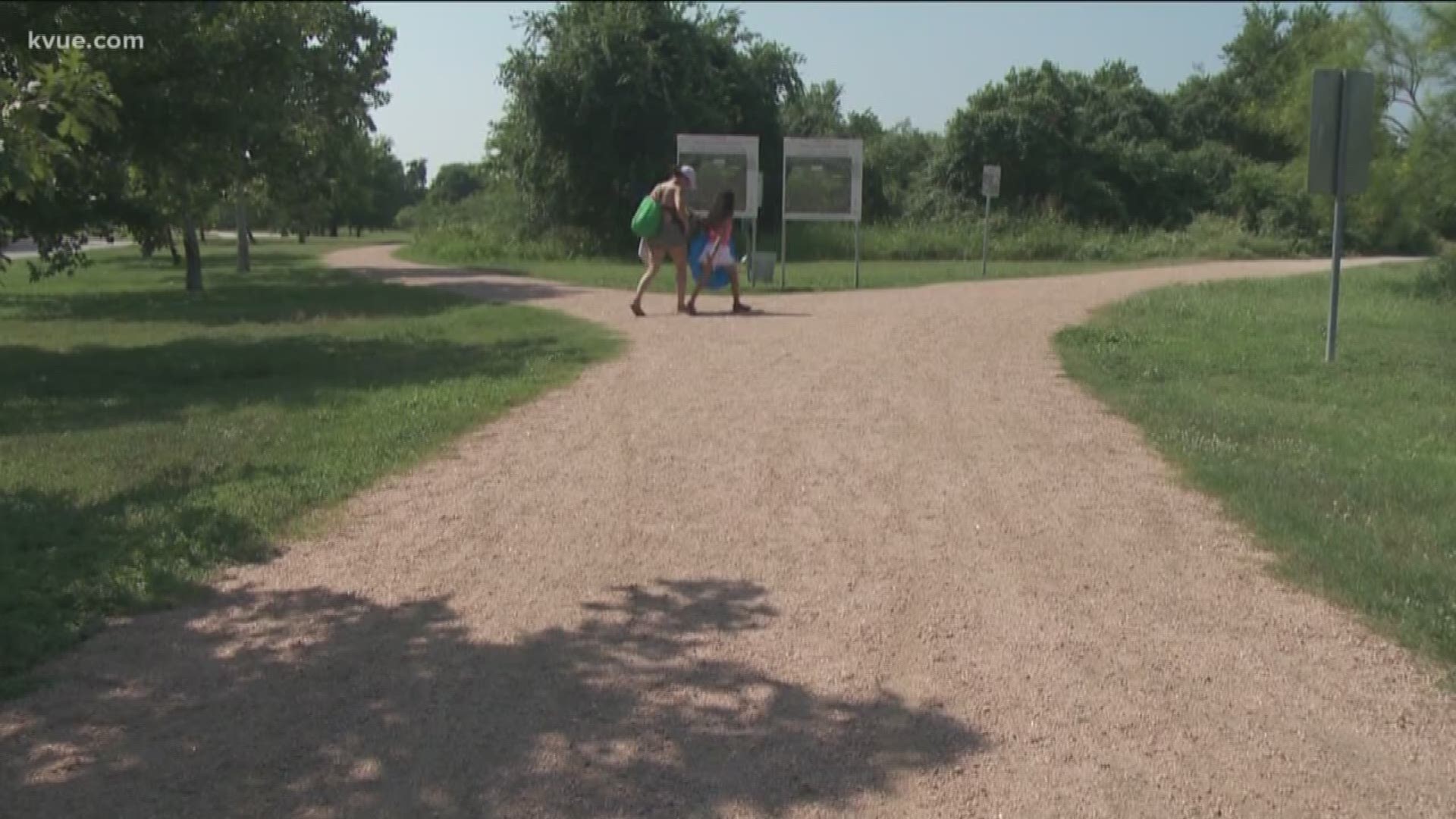 AUSTIN, Texas — The Austin Police Department is searching for a suspect after a woman reported she was assaulted on the morning of July 4 at Roy G. Guerrero Colorado River Park.

Police said the suspect was described as a black male in his late 20s. He was approximately 150 to 160 pounds, about 5 feet, 9 inches tall with a medium build. The woman reported he had dark, short hair and he was wearing a blue T-shirt with a line of white near the collar, dark cargo shorts, and dark tennis shoes. She said he had round, black headphones covering his ears. There is no indication the suspect was homeless.

The woman reported she was walking on the trail when the man approached her from behind and physically assaulted her. Police said they do not believe the attack was sexually motivated at this time.

Police said the attack only lasted a brief moment before the suspect fled into the brush. Nothing was said by the suspect during the attack and nothing was stolen. A passerby, Miles Lewis, stopped to help and called 911.

He and his wife were going to walk their dog on the trail when they heard screaming.

"Just as I was turning to head towards the trailhead back where my wife was with the dog, we heard screaming and we both look at each other like, 'Oh my God what's going on,'" said Lewis.

Lewis said they followed the screams into the trail and found the victim as they turned the first corner.

"And I see a woman who's very disheveled, and as she gets closer I can see her face is covered in blood," said Lewis. "And the side of her face is swollen, beyond anything I've ever seen in person."

Lewis is hoping someone comes forward.

"Whether it’s a family member of this person or a friend who saw somebody fit that description," said Lewis.

Austin-Travis County EMS said it responded to the area around 10:17 a.m. They transported the victim to St. David's South Austin with non-life-threatening injuries. She has since been released.

On Tuesday, police praised the woman for her quick actions. According to police, the victim was aware of her surroundings and felt someone closing in on her, which helped her react quickly.

"Our victim did everything right – she ran on the hike and bike trail in the middle of the day," said Joshua Blake, a sergeant with the Aggravated Assault Unit at APD. "Her headset wasn't too loud where she didn't know what was going on or couldn't hear around her ... Additionally, when she was attacked, she screamed and fought, and that's the best thing you can do in a situation like that."

There are no cameras in the area that captured the attack, and police are relying on the public's assistance to help capture the suspect.

Police believe it was an isolated incident.