Friday night, Alan Alonso had trouble leaving a Texaco gas station. First, he almost couldn't back out. Then, a woman threw a hatchet through his car window. 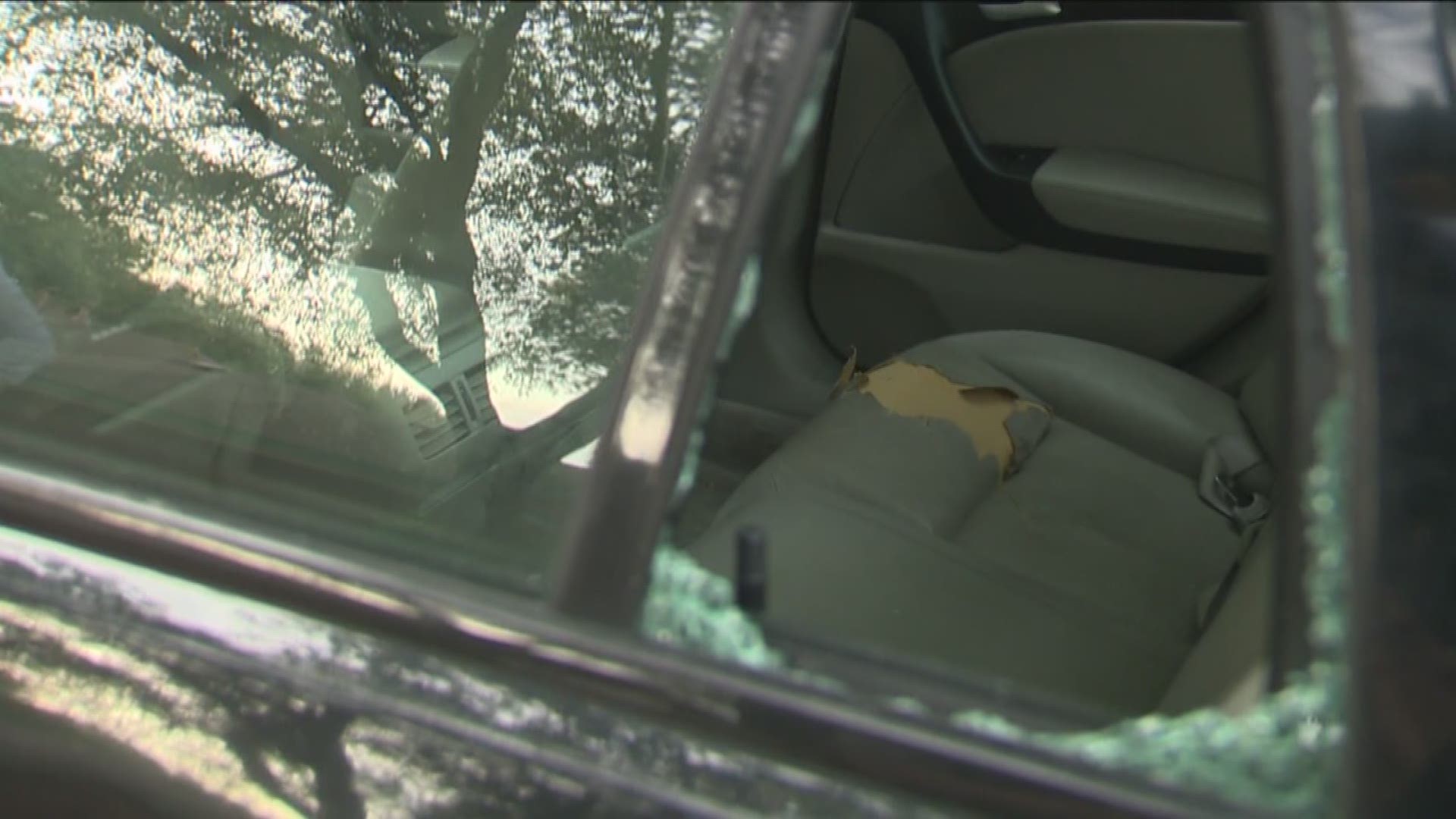 AUSTIN, Texas — Friday night, Alan Alonso stopped at a Texaco gas station on his way to a party with his girlfriend and two friends. As he was leaving the parking lot, a woman threw a hatchet through the back window of his car.

On Monday afternoon, his car was still sitting in his garage waiting to be repaired. He plans to do the job himself after finding a window to fit for about $50.

"It’s the part that freaks me out the most is remembering my girlfriend’s – the panic in her voice," Alonso said. “I’m driving trying to get out of there – 'Does she have more hatchets? Does she have a gun?'"

Alonso recounted what happened at the gas station located near U.S. 183 and North Lamar Boulevard in an interview with KVUE. He was going to back his car out of a parking spot at the gas station. The woman, in another car filling up gas, left the passenger side doors open.

"'Alright, I’m just going to be really careful getting out,'" Alonso recalled thinking. “Zero communication really, other than like maybe a look from me like, 'Come on, I’m trying to get out,' and she’s just sort of ignoring me.”

He was able to make the tight turn after almost 30 seconds of inching along. The woman returned to the driver's side. As he pulled away, she took a few steps and threw a hatchet at his car.

The hatchet broke through part of the driver's side window near the back of the car.

Fortunately, nobody was hurt. Alonso's girlfriend was sitting in the seat closest to the broken window, ducking away as the hatchet was thrown.

“She just had glass all over her, like really tiny cuts ... Like, really tiny specks of blood," Alonso said.

After dropping off his girlfriend and one friend at the party, he and the other friend in the car returned to the gas station and called police. He filed a report with the Austin Police Department.

Now that it's been a few days since the incident, Alonso said everyone who was in the car is laughing about what happened.

“I was just like, 'How the hell did she get that throw so perfect?' Like, that thing is tiny – props to her," Alonso said. “I want to just bury this hatchet and move on. I learned my lesson: be careful of where I’m at, what time.”

However, Alonso noted if police can find who threw the hatchet, he will press charges.

"It’s like, actions have consequences," Alonso said. "We didn’t do anything to her and she had this incredible act of aggression?”

You can watch the surveillance video of the full incident below: