Police said Richard Logan lived in the house with Diana Logan and their 11-year-old son Aaron. 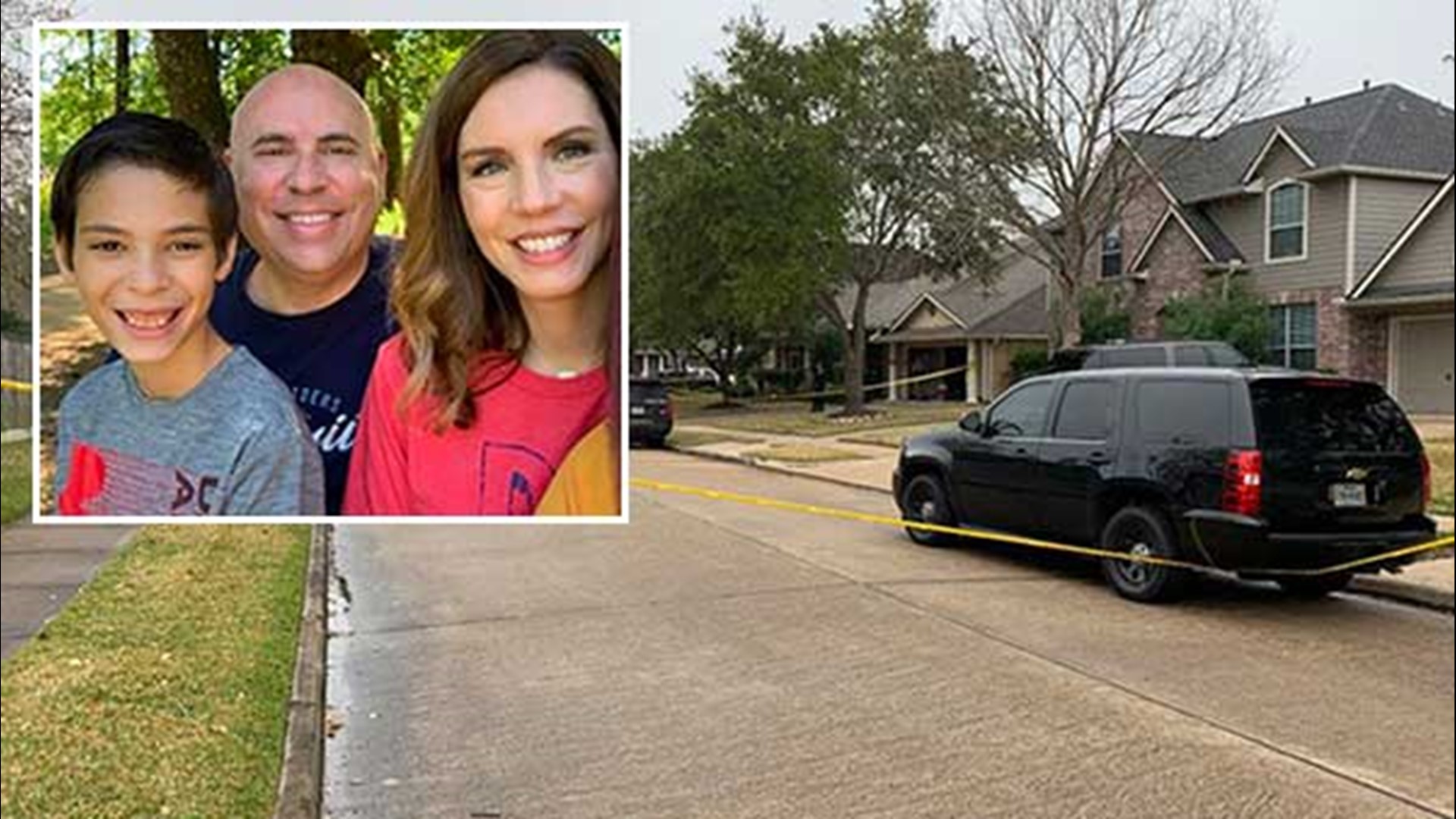 A woman and child, identified as Diana Lynn Logan, 48, and her 11-year-old son Aaron Logan, were found shot to death Tuesday inside a house in the 8500 block of Evening Light Drive.

Police initially went to the house to notify Diana Logan about the death of her husband, 53-year-old Richard Logan, whose body was found at a business in Guadalupe County.

No one answered the door when police arrived, so a family friend with a key let them in. That’s when officers found the victims.

"Our initial investigation has revealed that Richard Logan's death is related to an ongoing investigation in Sugar Land, Texas," the sheriff said in a statement.

Police said Richard Logan lived in the house with Diana Logan and their son.

"The Attack Poverty family is in shock to learn of the tragedy involving our Chief Executive Officer Richard Logan and his family," the group said in a statement.

Richard Logan was a former youth and missions pastor at River Pointe Church in Richmond.

“While we still don’t know many details, we are so sad and shocked to learn of the tragedy involving the Logan family," the church said in a statement. "We ask that everyone pray for the family and friends who are suffering during this time."

"We are saddened by the death of a member of our Cougar family, Aaron Logan, a fifth-grade student at Campbell Elementary. The Campbell Elementary administration is doing everything we can to provide comfort and assistance to our students in this time of grief.

"The District Crisis Response Team will be available on campus tomorrow morning and will remain onsite as needed throughout the week. If you have any questions regarding how to help your child cope with the grieving process, please contact the Campbell Elementary administration.

"Students and staff can also call the H.O.P.E. Line —a 24-hour crisis hotline—at 832-223-4673 to talk about any concerns they may have. This is an anonymous and confidential service provided for the Lamar CISD community.

"No information about service arrangements is available at this time, however, we will share this information with students if the family makes it available.

"Please keep the family in your thoughts and prayers during this difficult time."