The woman arrested allegedly stole the customer's change when it was handed back to her by a food truck employee. 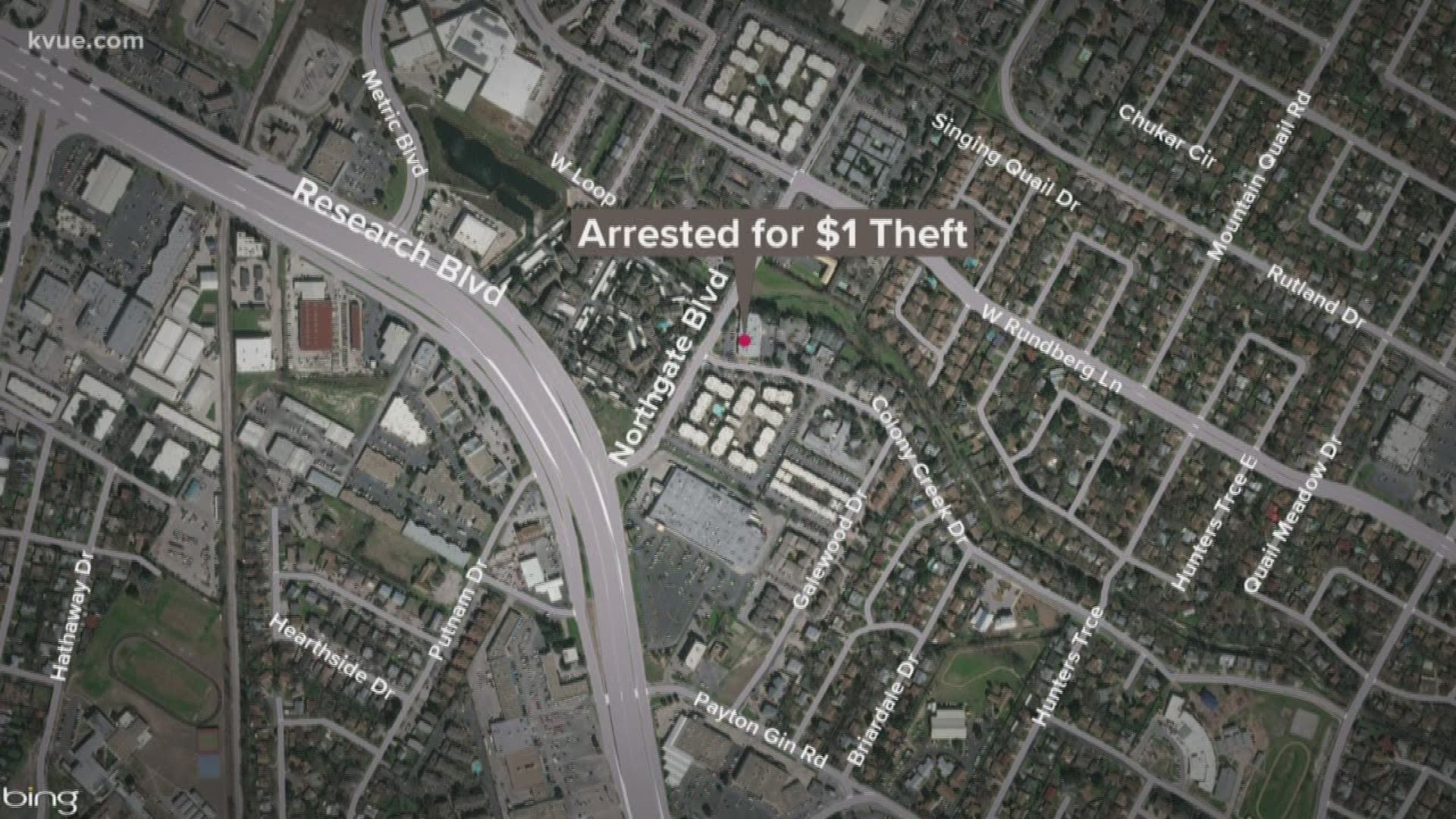 AUSTIN, Texas — A woman was arrested in Austin Wednesday after allegedly stealing $1 from a food truck customer.

At approximately 6:20 a.m. Wednesday, an Austin police officer was dispatched to 9027 Northgate Blvd., where, according to Yelp, the Taqueria Las Niñas food truck is located. The 911 call was for a reported robbery.

When the officer arrived, they found 52-year-old Gina Dianne Guidry sitting on the curb and the victim standing next to a police vehicle.

RELATED: Dallas County's marijuana policy now as lenient as any other in Texas

At this point, the victim had already purchased her food and was waiting for her change. She was given $2 in change and once it was in her hands, she said Guidry snatched it and walked away on foot.

When the officer arrived on the scene, the victim was pointing at Guidry, saying, "She was the one that took my money!"

The victim said she wanted to press charges, so Guidry was arrested and charged with theft from a person, a state jail felony.

She is currently being held in the Travis County Jail on a $12,000 bond.