Tiffany Scott has been booked into the Travis County Jail with a $50,000 bond. 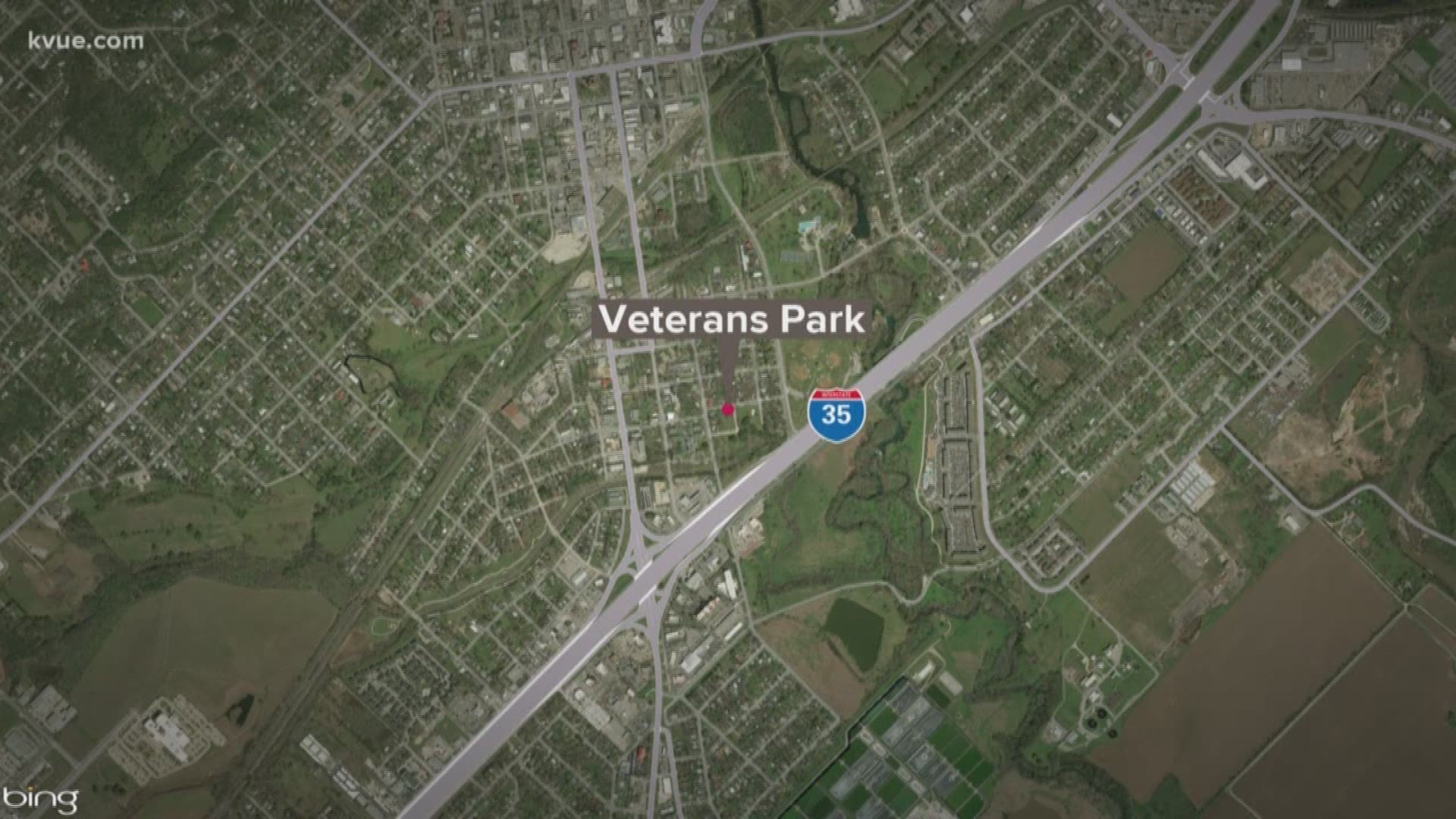 AUSTIN, Texas — The above video is related to a different stabbing in San Marcos earlier this week.

A woman has been arrested for allegedly stabbing another woman in the back at a North Austin bus stop.

According to an affidavit obtained by KVUE, on Monday at approximately 1:58 p.m., an Austin police officer responded to a call at the 7-Eleven at 7114 North Interstate 35. The call said a woman had been stabbed in the upper right back by another woman, later identified as 35-year-old Tiffany Scott. The call also said that Scott had walked up to another person and attempted to stab them as well.

When the responding officer arrived on scene, another officer had Scott at gunpoint and shortly after she was detained in handcuffs.

When the responding officer arrived, Scott was standing next to a man. The officer asked him if he knew Scott and he said no. When asked what happened, the man said Scott had been talking to herself, "shadow boxing" with herself and threatening strangers with a knife. He said Scott would swing the knife at strangers but didn't make contact with any of them.

The officer asked the man if he saw what happened between Scott and the victim and he said no. He said he heard Scott say, "I got to go get some money one way or another" and then she started walking from the 7-Eleven parking lot to East St. Johns Avenue on the sidewalk toward Roland Johnson Drive. The man said the knife Scott had was a folding knife with a silver blade and a white handle. When the officer asked what Scott did with the knife, the man gestured to a black plastic bag that was hanging on the fence and said, "I've seen her put it in the bag." The officer then found a knife like the one the man described inside the bag.

The victim told police she was sitting at the bus stop at Roland Johnson Drive and East St. Johns Avenue when Scott, a stranger to her, walked up to her and started yelling unintelligible things. She said she had headphones on at the time and couldn't understand what Scott was saying, so she took the headphones off and said, "What?" She said Scott said, "You f------ heard me," then turned as if she was going to walk away. At this point, the alleged victim saw Scott was holding the knife. She said she put her headphones back on, at which time Scott turned around and repeated, "You f------ heard me."

Scott then allegedly kicked the victim in the chin and then assaulted her "by what she thought was a punch to the upper right back area, but then recalled that Scott was holding a knife in her hand," according to the affidavit.

The responding officer saw a one to two-inch cut and blood on the upper right portion of the victim's back, near her shoulder. The victim said the assault caused her pain and she wanted to press charges.

A witness who was sitting at the bus stop on E. St. Johns Avenue said he saw Scott kick and punch the victim. He said the punch was "administered in an overhead, stabbing-like motion," according to the affidavit. He said he also saw the victim run away on Roland Johnson Drive, at which point he ran over to help. He said Scott calmly walked back to the area where police made contact with her. The witness asked the victim if she was okay, at which time she lifted her shirt and discovered she had been cut.

Suspect in The Domain stabbing now charged with assaulting officer

The officer placed Scott under arrest for aggravated assault with a deadly weapon, a second-degree felony. When the officer removed the knife from the bag on the fence, it had red marks on the tip of the blade which appeared to be blood.

The affidavit states that when Scott was in the process of changing her clothes at the Travis County Jail after being arrested, she pulled a "crack pipe" out of her crotch area, threw it on the ground and stepped on it, shattering it. The officer charged Scott with tampering with evidence.

Scott's bail is set at $50,000 and she has been ordered to have no contact with the victim.