The victim in a Williamson County cold case in which a woman was found dead wearing only orange socks near Georgetown has been identified. 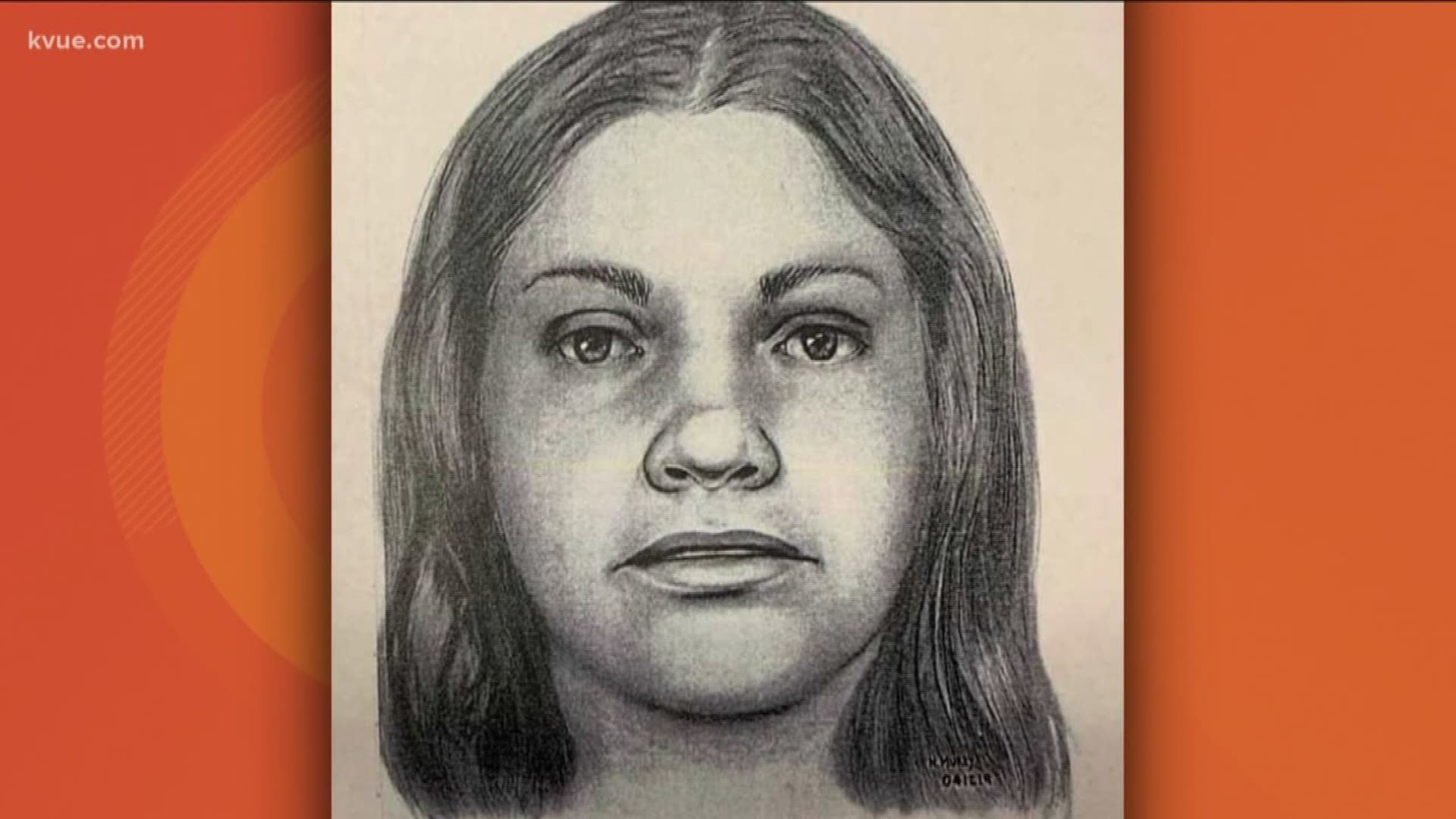 WILLIAMSON COUNTY, Texas — Williamson County officials have finally identified the woman who was found dead about 40 years ago wearing only orange socks.

Sheriff Robert Chody made the announcement on Tuesday, revealing more details in a press conference on Wednesday.

The victim has been identified as Debra Louise Jackson of Abilene, Texas, who died at the age of 23 from apparent strangulation. She was found dead on Oct. 31, 1979, off of Interstate Highway 35 north of Georgetown in a concrete drainage ditch near Walburg Road.

Even though notorious serial killer Henry Lee Lucas was convicted of her murder in 1984, her name remained a mystery. Though he was convicted, he later recanted that he didn't kill the woman.

"I'm hoping we have a witness still alive, somebody that says, 'I knew Debra and I saw her leaving with, you know, Henry Lee Lucas,' or whoever it was. That's what I'm hoping for," said Sheriff Robert Chody.

At the press conference Wednesday, Sheriff Chody said the major breakthrough in the case came when a family member contacted officials after seeing an updated sketch of the victim. She was later confirmed through DNA testing to be the victim's sister.

After meeting with Jackson's family, officials learned that she left home in Abilene in 1977. Her family did not report her missing at this time, so her information was not entered in any databases. Also, officials said her Social Security activity halted after 1979.

Based on information officials have gathered, they learned that Jackson eventually began working at a Ramada Inn in Amarillo in 1978 located at 2508 E. Interstate Highway 40 and, later that year, at an assisted living center called Bur-Mont Inc. in Azle, Texas, located at 7150 Gantt Access Road. Officials believe she also worked at R.E. West and C.G. Cole Admiral PTR, Realty Investment LTD, in 1979 at an unknown location.

As the investigation continues, the sheriff's office is asking for anyone who may have worked with her at these facilities or knew her between 1977 and 1979 to come forward by calling 512-943-5204. Sheriff Chody said that they will continue to seek possible suspects.

"It's already started," said Sheriff Chody. "We have already been reaching out, I know a detective has already been reached out to some of those jurisdictions that we discussed. But, remember, we just go this this weekend so we're at the beginning stages of the investigation, but we're that much further than we were two years ago in this case."

Prior to the confirmed DNA testing from the sister, officials said they were able to identify Jackson by consulting with family and comparing the photos they provided with those taken after her autopsy. They cited her long toes, unique earlobes and scars from impetigo.

At the press conference, Sheriff Chody detailed specifics in the timeline of her investigation, including information from breakthroughs in the case leading up to today. Some of those details included male DNA from fingernail clippings analyzed in October 2018 to pubic hair DNA analyzed in February 2019.

1 / 8
Hank Cavagnaro
The Williamson County Sheriff's Office announced the identity of the victim in the 1979 "orange socks" cold case on Aug. 7, 2019.

Of the various DNA services used across the years both locally and nationally, a few of the pivotal players in the investigation were the DNA Doe Project and GEDMatch. Though plenty of DNA was received through the investigation, a lot of it was unusable due to an "opt-in" feature through GEDMatch. Officials urged all users of the program to make sure they are opting in, which helps researchers in their investigations.

Though researchers were able to find a genetic match from a possible cousin whose distance was too far to confirm, it was her sister that called in in June and provided the breakthrough piece of information. She provided a saliva sample, which was returned as a confirmed match in August of this year.

Sheriff Chody sent a thank you to all the organizations, researchers, law enforcement officials and family members who helped out in this investigation. He said that, together, they have done more work in two years that some would have taken 40 years to complete.

He also said that though her identification is a key breakthrough, it's still only a starting point in this case. Officials have opened the door to investigating more possible leads across Abilene, Amarillo and Azle.

In addition to giving hope to those involved in other Williamson County cold cases, Sheriff Chody said they've been able to provide closure to Jackson's family, who said they can finally lay her to rest.

"I know that I spoke to a family member yesterday by phone and that's exactly what they said, we can let her rest now and they seemed very happy about that, at least the member I talked to," said Sheriff Chody.