From the beginning, pictures of the little girl with pigtails tugged at hearts around the world. No one has seen Maleah since April 30, and heartbreaking evidence suggests no one ever will. 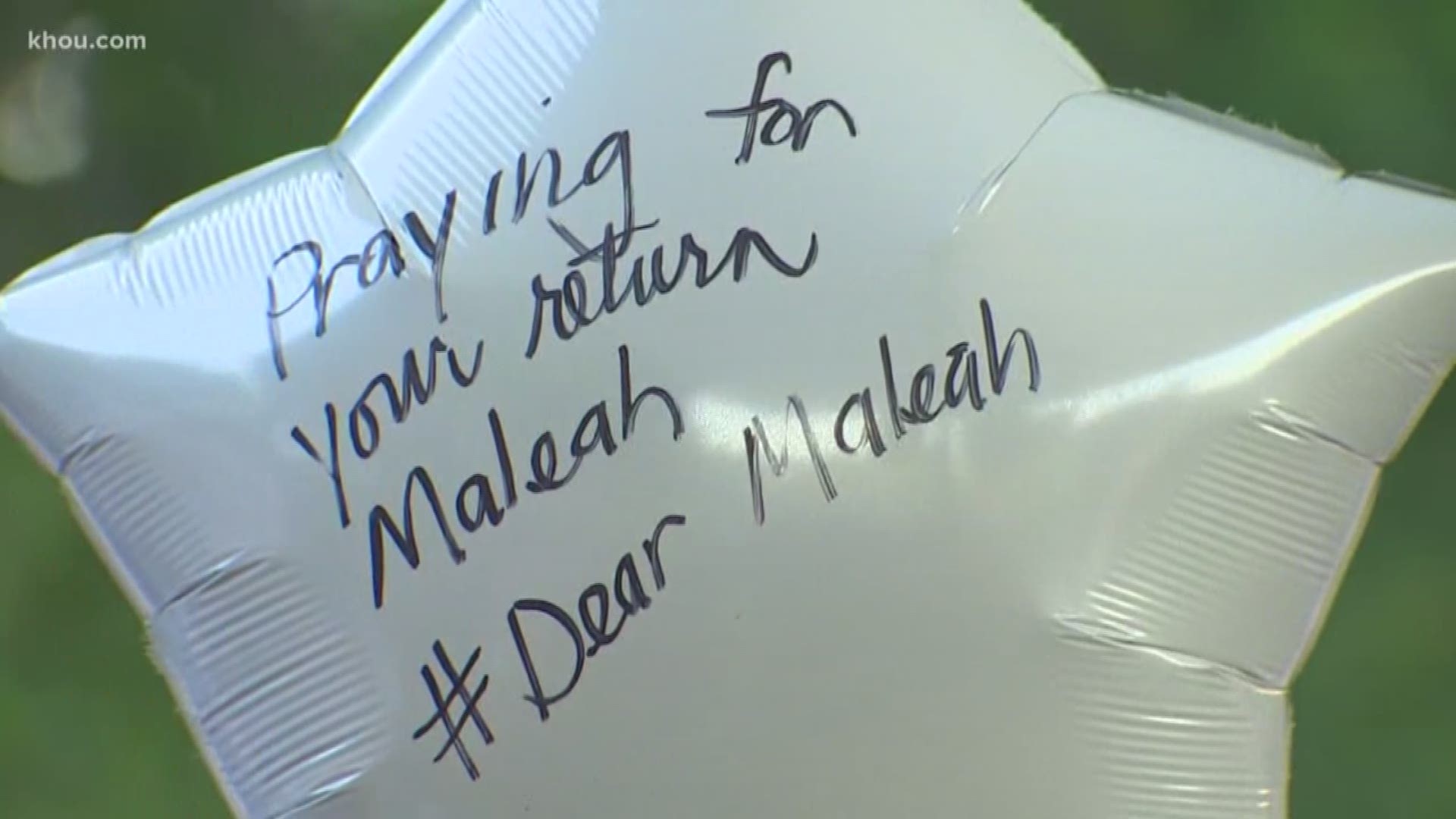 Four-year-old Maleah Davis is described as a happy child, full of joy who loved to dance.

Behind closed doors, she was a child who was being abused, according to her mother’s spokesperson.

“He was physically abusive to young Maleah,” said the activist, who claims Bowens knew about the abuse but didn’t report it.

“It’s a shame because that could have saved young Maleah’s life had she had the strength and the courage to get away from Maleah’s stepdad when she saw these dangerous warning signs that he was physically abusive.”

Quanell X said Bowens herself was abused repeatedly as a child and she was “taught to live with that.” He said she now realizes she should have done more to protect her daughter.

“She’s beating herself up, and some of it is deserved because she could have did a better job when the warning signs were there to get away from this man,” Quanell X said.

According to Quanell X, Bowens broke off her engagement to Vence after finding text messages of his “private parts” sent to another man. She confronted Vence on April 30, before she left town for her father’s burial in Massachusetts.

That caused Vence to “snap,” Quanell X said, claiming Vence sent “some very disturbing things via text messages” to Bowens while she was out of town.

The activist believes Vence killed Maleah while Bowens was in Massachusetts, and tried to clean up the apartment with bleach to hide the evidence.

“He did this to hurt the mother in a way that she would never recover," Quanell X said.

In an interview with KHOU 11 News Anchor Len Cannon, Bowens answered critics who wonder why she left the children with Vence, knowing he was angry with her.

SPECIAL COVERAGE: Where is Maleah?

“In my mind, whatever we had going on, had nothing to do with the children,” Bowens said.

In the beginning, she said she tried to believe Vence’s story about the alleged kidnapping.

But Bowens admits it was always in the back of her mind that Vence might be involved.

Homicide detectives got their first significant break in the case with the help of surveillance cameras outside the apartment.

On April 30, the neighbor’s surveillance camera image showed Maleah trailing Vence into the apartment. It's the last-known photo of the 4-year-old.

A few hours later, Vence is seen leaving the apartment with a laundry basket containing a trash bag and a large bottle of bleach.

Detectives say the laundry basket and a gas can were found in the car Vence reported stolen. They say a cadaver dog detected the scent of human remains in the car, which was spotted by a taxi driver in Missouri City.

Houston police confirm they found blood in the apartment, using a chemical spray that detects blood not visible to the naked eye. It matched DNA found on Maleah’s toothbrush.

Police arrested Vence at a relative’s home on Saturday, May 12, one week after he reported Maleah had been kidnapped by two men who knocked him out.

Vence is charged with tampering with a human corpse in connection with Maleah’s disappearance. The charge is likely to be upgraded, the district attorney’s office told CBS News.

"I can guarantee you there will be a murder indictment on this man," Quanell said. "Evidence from inside the apartment being analyzed right now will help us all learn the truth of what he did with her body."

But what if they don't find Maleah's body? Can Vence be charged with murder?

KHOU legal analyst Gerald Treece Treece says a body is not required in order to file a murder charge. However, not finding a body makes it much harder to prove beyond a reasonable doubt that someone was killed.

“Many people ask that question. They remember some anecdotal rule that you have to have a body for a murder. It’s a hard circumstantial evidence case, but it’s not impossible under our law,” said Treece.

A judge, calling it a murder case, originally ordered Vence held on a $1 million bond. The bond was later reduced to $45,000.

Vence didn’t appear at a court hearing on Monday, May 13, but Bowens was there.

When she and Quanell X left the courtroom, a crowd began shouting at her, calling her a murderer and saying she’s partly to blame.

Some held signs calling for “Justice for Maleah.”

Treece says people who are party to a crime are equally responsible in Texas. Although he doesn’t have firsthand knowledge of the investigation, he says charging more people is often a way to build a case against the main suspect.

“The government goes out and finds people, and works out a deal with them -- especially in cases like this where they can’t find a body -- to build a case based on so-called accomplice's testimony. That’s what I think will happen,” he said.https://twitter.com/JanelKHOU/status/1127956501350555649

Vence’s arrest confirmed what many relatives had feared from the beginning: That they will probably never see Maleah again.

Some believe Bowens should face charges, as well.

"I believe that she's guilty because a mother is going to protect her child any means necessary,” Tamisha Mendoza said. She is the cousin of Maleah’s biological father. “I don’t care to hear that she was scared. You did not protect your daughter."

But Davis’ parents spoke with KHOU over the weekend. Maleah’s paternal grandmother said she jumped for joy after learning Vence was in custody. But Maleah’s grandfather admitted it’s hard to be happy because he knows Maleah is still out there.

Bowens has not commented since her former fiance's arrest on Saturday. A funeral home in Massachusetts confirms she attended her father's burial on May 1. Flight records show she returned to Houston on May 3.

"I can tell you Brittany is totally devastated by the loss of her daughter," Quanell X said.

Earlier in the week, she sobbed while holding a flyer with Maleah's picture.

"It's like a nightmare that keeps going and going... I just want to fine Maleah.”

It's a question we're all asking. Even the children at Maleah's preschool miss her and want to know where she is.

Despite the evidence and Vence's arrest, there's no sign of the little girl.

"We know she's still missing," said Tim Miller, director of Texas Equusearch. "The second fact we know is [Vence is] not telling the truth. We got to keep searching."

Miller was up in a Fort Bend County helicopter Sunday, surveying new search areas and looking specifically for signs of unusual burnt ground.

"He did not buy that gas can to just have the gas can," Miller said.

Miller knows all too well the heartache of losing a child and not knowing what happened. His 16-year-old daughter, Laura, was one of the first Killing Field victims. She disappeared in 1984, but her body wasn't found until '86.

Miller says he's hoping for a miracle for Maleah, but he knows in his heart it’s not going to happen.

RELATED: 'I believe his story': Derion Vence's dad says his son didn't do anything to Maleah Davis

RELATED: This is the last known photo of missing 4-year-old Maleah Davis

RELATED: VERIFY: Was Maleah's Davis' mother attending a funeral when the child disappeared?