What are the safest seats in a movie theater?

What might seem like the best seat in the house to sit for the view isn't always the safest in an emergency. 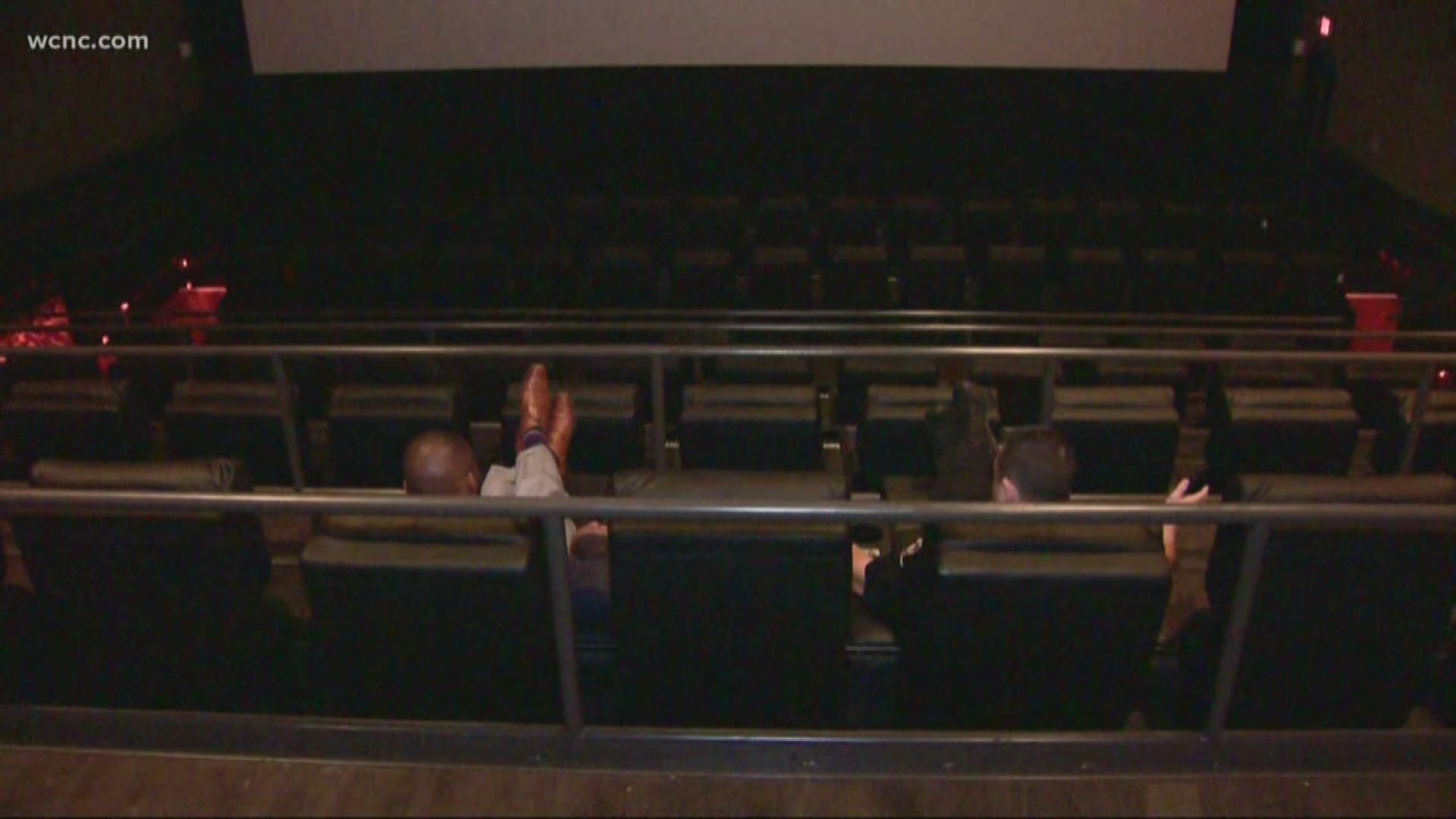 NBC Charlotte went to a local theater to find the safest place you could be, just in case Charlotte becomes the scene of a movie theater shooting like ones seen in Colorado, Louisiana or Nashville.

This comes as one of the biggest movies in box office history, Avengers: Endgame, continues to fill theaters across the country.

Charlotte's not immune to the real-life horror that's played out in theaters across the country. In March, one person was arrested after firing shots inside a theater at Concord Mills.

RELATED: 'I have a huge hole in my leg:' Man says he was shot at movie theater over dispute about seat; suspect arrested

In 2015, the theater at Northlake Mall went on lockdown as police searched for a shooter in the mall.

NBC Charlotte asked Charlotte-Mecklenburg Police Officer Johnathan Frisk to explain the first thing people should do when they walk into a movie theater.

"What you should do is you need to look to see exactly where these exits are," Officer Frisk said. "I'm going to sit as close as I can to these exits once again if there's an emergency I can immediately get myself out or if I have a child or someone elderly I can help them get out as well."

What might seem like the best seat in the house to sit for the view isn't always the safest in an emergency.

"You would actually think it was the best but of course if there's an emergency and we're trying to escape out of this movie theater we want to sit at the very edge," Officer Frisk said.

With assigned seating in some theaters, it makes it easier for people to choose ahead of time to sit on an aisle or near an exit.

If you're standing in line at the concessions and you hear commotion or see running, Officer Frisk warned against assuming you should follow them.

"Don't just assume that they're going the right way, just like the old saying the school of fish mentality the herd mentality, it's possible that they're running one way they could be running right into the sound of gunfire," Officer Frisk said.

He said before you start running, listen to what direction the commotion is coming from.

Some movie theaters are taking a proactive approach to the issue. Northlake  Mall has held an active shooter training with CMPD. They also require anyone under 17 to be accompanied by an adult over 21 after 6 p.m.

Other theaters prohibit oversized bags or packages, and some employ off-duty police officers as security guards.

Experts say if there is an emergency and you can't run, do not hide. In that case, your best option may be to 'counter.'

One survey done in 2015 found that while a third of moviegoers thought lobby should have security personnel or metal detectors, most people weren't willing to pay an additional $3 to pay for them.