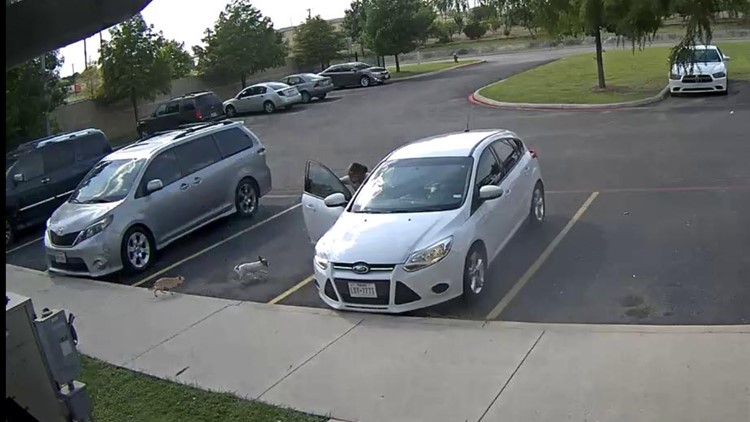 VIDEO: Woman abandons chihuahuas in parking lot, nearly hits them with her vehicle

SAN ANTONIO — Two small chihuahuas are in an Animal Care Services clinic after their apparent caretaker abandoned them at the facility.

According to ACS, a woman arrived at the location with the two dogs and explained she wanted to turn them in to ACS. She was turned away by workers at the facility for being "out-of-jurisdiction," meaning she was at the wrong location for where she lived. ACS says they gave the woman the information for her jurisdiction's shelter, and then the woman left.

Instead of taking the dog's to her jurisdiction's shelter, the woman abandoned the dogs in the parking lot outside the ACS Field Enforcement building. Security camera footage shows the woman driving away, nearly hitting the two dogs as she left.

ACS workers were able to catch the dogs, whom they say were frightened and suffering from heat stress.

Monday, ACS said the dogs are doing better and their investigation into the incident is ongoing. ACS did say their investigators have the suspect's information and described the woman's actions as "animal cruelty."