More than 1,500 people have signed the petition and the student who started it hopes to get the attention of UT and the City of Austin. 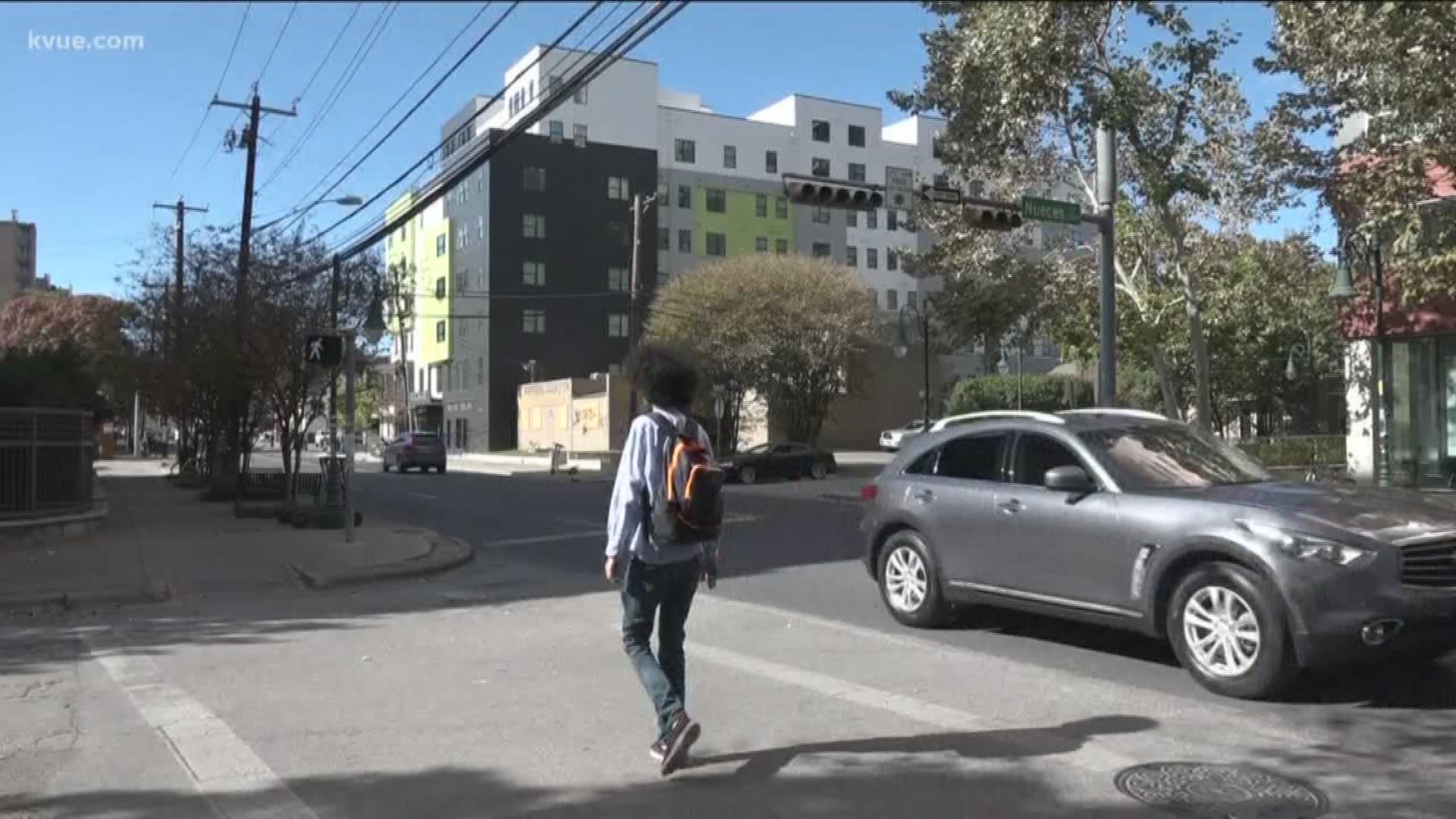 It's a topic of conversation that has been going on for a while.

“My entire life, I’ve been told like, 'never walk alone at night, never be alone anytime that it isn’t well-lit,'" Baker said. “Coming here, that was entirely impossible. Being a student here, studying here late at night, studying in libraries, walking home from events late at night, I mean, it gets late around 5:30.”

Baker started the petition originally for her student government class, but it ended up getting the attention of a lot of people who are concerned about the same things.

"There is so much foot traffic and that doesn't change at night. Like, if anything, I think people walk more at night and people walk by themselves at night a lot," Baker said.

“Guad is very bright, Rio is very bright but it’s other streets like Seton and over further [by] North Campus that have very dark alleys, and I believe it creates a very vulnerable situation for a lot of students – men and women – but particularly young women walking alone at night," Baker said.

WATCH: UT students are complaining about West Campus being unsafe, but is it actually?

“There’s been several instances in which crimes have happened in West Campus, and they’ve never found the suspects because those cameras are not there," said Baker. “Having those call boxes, having it better lit and having high-resolution cameras ... all three could help the issue in mitigating crimes and accountability if those crimes are to happen.”

The petition created by Baker states:

"This will in no way solve all safety concerns in West Campus, but the university and city should be doing their absolute best to provide the utmost safety to its students and young adults, and these are two easy and very necessary fixes that should take place. Emergency poles should be found all over campus and ideally, there should not be any dark part of the streets where students live, study, and otherwise occupy."

Baker hopes UT and the City of Austin will do what they can to protect students.

"Protecting them on campus is important, but protecting them where they live, I believe, is even more important," Baker said. "I have felt unsafe before. I don't believe the area to be a specifically unsafe area, but I just believe the lighting, being what it is and walking alone at night creates a vulnerable situation."

KVUE has reached out to City officials to see if there's any progress making West Campus safer for students. As of Monday evening, we haven't heard back.

Australian hospital 'overwhelmed' by $1.4M+ in donations for thirsty koalas in wildfire zones