Police said a transient approached the victim and threatened her, demanding money. 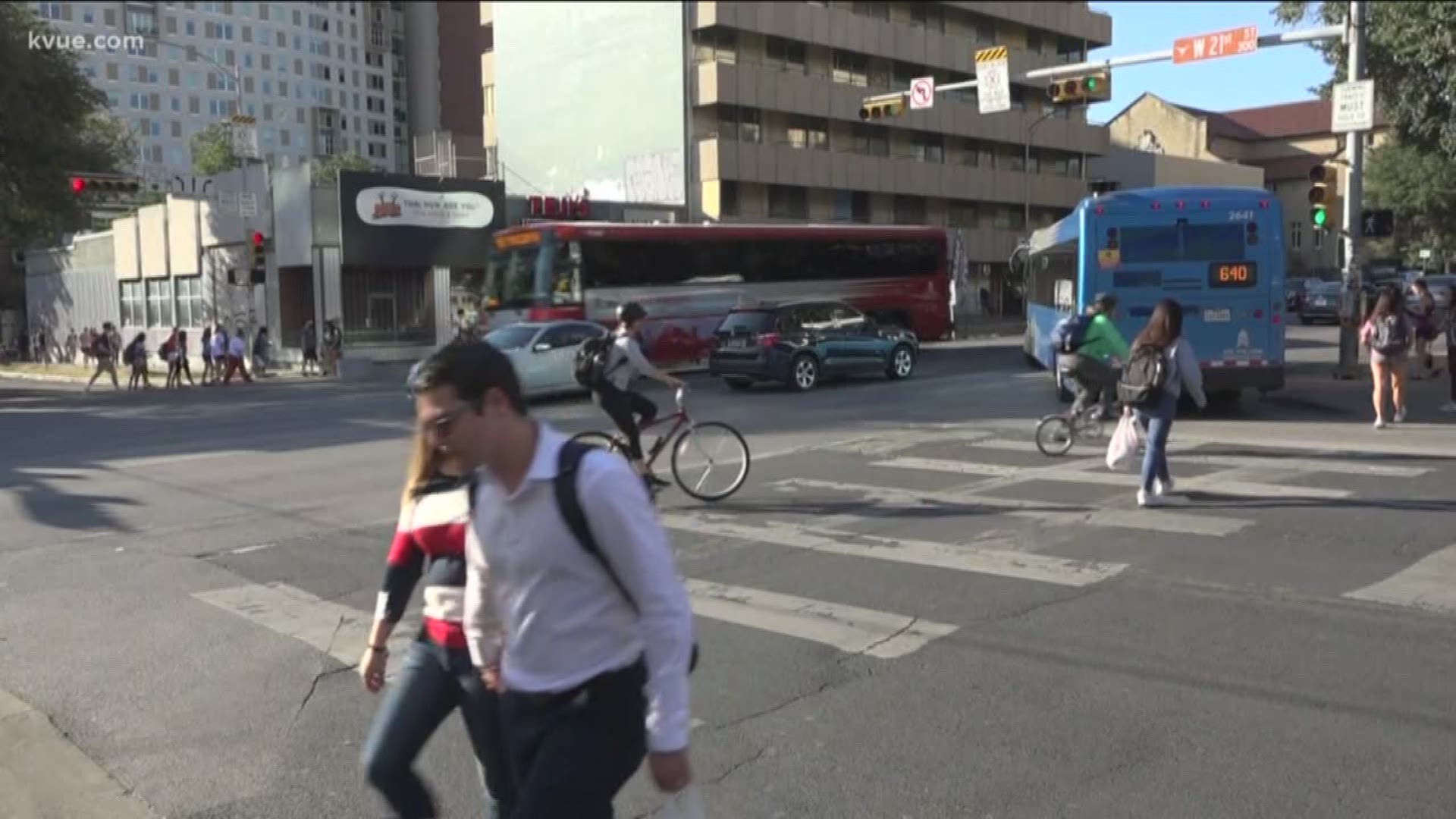 AUSTIN, Texas — A University of Texas student is sharing the story behind an aggressive encounter with a man police suspect to be homeless in an effort to make sure what happened to her doesn't happen to anyone else.

The student, who does not want to be identified, exclusively told KVUE she was walking home Saturday afternoon near Guadalupe Street and West 21st Street when the man approached her.

"He just stood directly in the pathway," she said. "He asked me for money."

The student said the man then followed her to the nearby crosswalk, where he pestered her to buy him a Gatorade.

She said her compassion for others – and her faith – guided her decision to help the man.

"My mom always said that it's really important that whenever someone asks you for water, specifically, that you should give it to them just 'cause I come from a Muslim family," the student said. "She always said that that was really important and you should never deny someone water. It was really hot, and ...  if he died from dehydration, that would definitely be on me."

When she couldn't find the drink inside Target, the student said the man got her to buy the Gatorade at Dobie Market just down the street.

Inside, the man became greedy – and aggressive.

Then, the student said the man and the store clerk got into an argument because he was prohibited from entering the store due to prior encounters.

The student ran up the stairs, but the man followed right behind her, threatening to kill her.

She said the man got away after she gave him her credit card, which she froze right after.

"I'm too scared to leave my apartment these days. It happened at 2 p.m. on a weekend, so it's not like I can avoid it by not staying out past sundown or anything," she said.

And while the situation hasn't changed her empathy for others, it's helped her realize when to put her foot down.

"I think this is finally my turning point in which I've learned to say 'no' when I don't want to do something," she said.

According to a spokesperson with Austin Police, officers haven't made an arrest yet.

ACL Fest 2019: Where to livestream this year's festival