Student robbed in West Campus, the latest in a string of robberies near UT

The robbery early Saturday morning was just the most recent in a string of similar crimes near the UT campus. 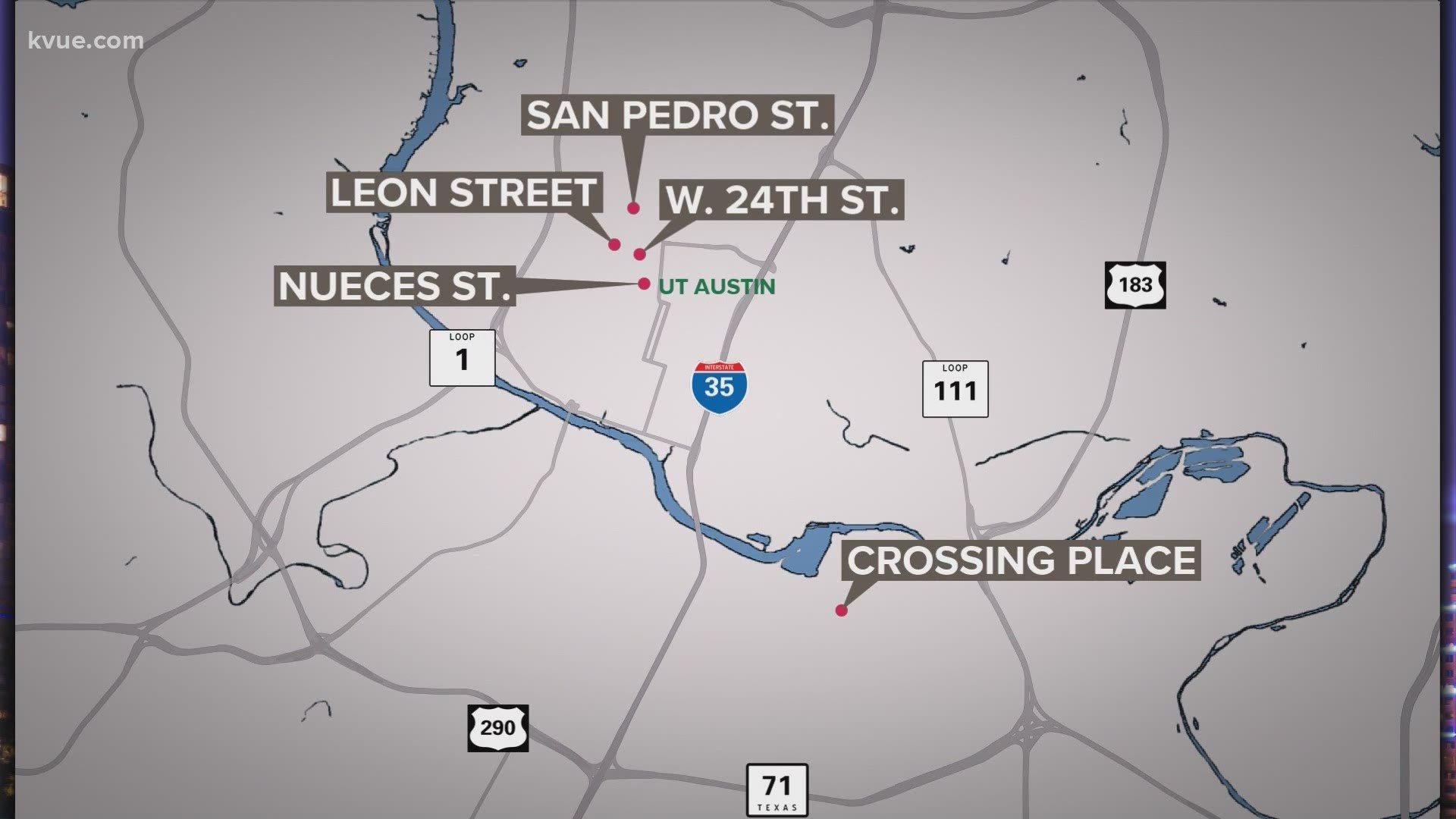 AUSTIN, Texas — An armed robber held up a University of Texas student early Saturday morning. The incident happened in West Campus near 21st and Nueces streets.

The student told police the robber had a tall mohawk and was wearing a sleeveless black shirt, jeans and a Louis Vuitton belt.

Recently, Austin and UT police have been dealing with more robberies near the Forty Acres. In the past two weeks, they've responded to at least six robberies, most in West Campus.

Police said in those instances, the robbers appeared to be targeting women who walk alone at night.

Because of the robberies, Gov. Greg Abbott directed Texas Department of Public Safety officers to step up patrols around UT. On Oct. 21, APD asked for the public's help locating the suspects in some of those robberies.

But robberies aren't just spiking near UT. According to Austin Police Chief Brian Manley's monthly report, between September 2019 and September 2020, robberies were up 7% in Austin. Other violent crimes increased in that time too: aggravated assaults were up 18% and murders were up 40%.