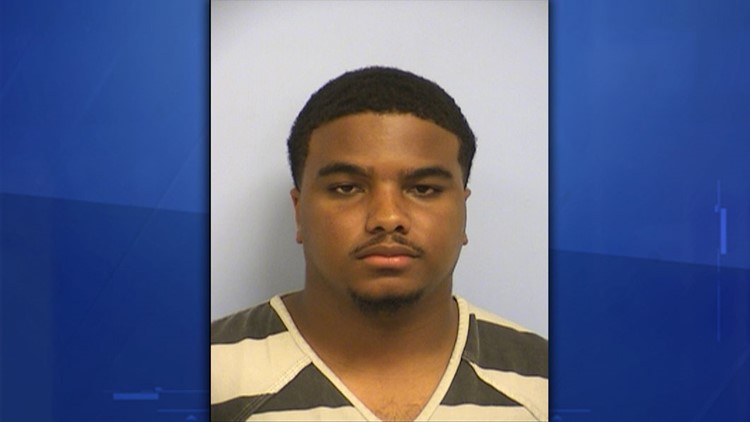 A University of Texas student has been charged with sexual assault after a classmate reported she was raped at his home during a party.
Author: Drew Knight
Published: 1:05 PM CDT July 3, 2018
Updated: 11:40 AM CDT August 29, 2018

AUSTIN -- A 20-year-old has been charged with sexual assault after police said he raped a classmate at his apartment during a party.

According to court documents, police responded to Dell Seton Hospital on May 11 where the victim reported she was sexually assaulted. Police then responded to the reported crime scene, where suspect Marcellus McKinely was identified.

The affidavit states that the victim said she only knew McKinley as an acquaintance, as they both attend the University of Texas and have had classes together. She stated that on May 10, she and two friends went to a party at his apartment complex on Crossing Place. Documents state his roommates were also present during the party.

The victim reported that McKinley told her it was his birthday and began flirting with her in the kitchen, police said. She stated that he implied that he wanted to have sex with her, to which she said she was not interested. He then invited her to his room "just to talk," documents state, and she agreed.

There, reports state the suspect began touching the victim sexually and she told him she didn't want to do this. The victim reported she began to call her friends, but the suspect allegedly put his hand on her neck and squeezed so she stopped and he told her to be quiet. After which, documents state she gave a detailed account of how she was raped.

Police later spoke with one of McKinley's roommates, who reported that he came into the bedroom with the victim and asked if she wanted to have sex. Documents state she said no and that she was not OK. He stated she put her head on his chest and began to cry.

The roommate reported he soon left the bedroom to ask McKinley what had happened. He said the suspect told him he admitted to having sex with the victim without permission and had put his hands around her neck to choke her. The roommate said he stayed with McKinley for about 45 minutes to comfort him because he was "freaking out."

Police said the victim's friends found her laying in the bedroom curled up in a blanket when she reported what had happened. McKinley then entered the bedroom, where her friends called him "disgusting." The three girls then left the apartment.

Court records indicate McKinley is not in police custody as of Tuesday afternoon for the sexual assault charge, a second-degree felony.