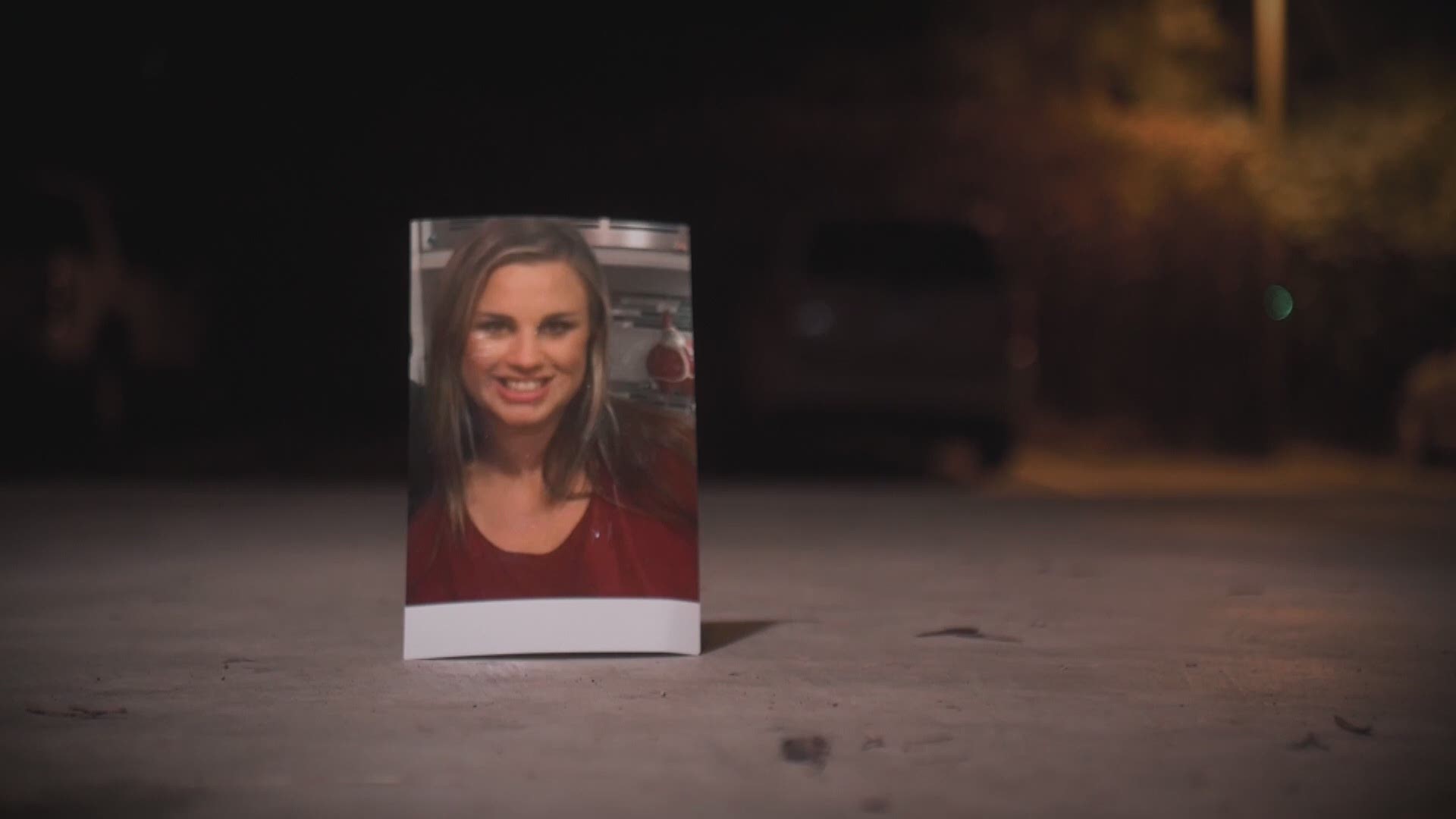 LOUISVILLE, Ky. — In July 2020, a farmer discovered human remains on his property along the bank of Hardins Creek, near the Washington and Nelson County line.

While the family of missing Bardstown mother Crystal Rogers was notified of the remains, the FBI has yet to announce who they may belong to. Instead, the FBI released a description of the person: a woman aged 24 to 82 between 5'2 and 5'9.

In Kentucky, more than 250 people have been reported missing — 107 of those are women. One of those women is a Louisville mother who went missing more than one year ago: Andrea Knable.

Chapter One | From Looking to Lost

Andrea Knable was 37 when she was last seen alive. In a terrible twist of fate, the member of 'Missing in America' — a group dedicated to searching for missing people — became the focus of searches.

"She was pretty bright, really eager wanting to learn investigative, to tune her investigative abilities, she was kind of a keyboard sleuth," said private investigator Tracy Leonard.

The mother of two spent a lot of time looking into cold cases, never imagining her family would do just the same one year later. Now, the pain and heartbreak are feelings the Knabels are all too familiar with, searching the entire city and hiring investigators to help.

"Knocking on doors at midnight with a flyer and a flashlight. We've been through every ditch, every bridge, almost every piece of I-65," her father Mike Knabel said. "You fail every day you don't find her. Every day."

In the months before her disappearance, family members said Knabel's life had gotten complicated.

"It really was the low point in her life at that point when she went missing," her father said. "We realized the condition she was in partially, but we found out more things, I did, after she was gone."

Knabel lost her job, then her home. Her sister, Erin, said it seemed like one problem after another. Her family tried to help, with little success.

"She was in a situation where we as parents understood she was struggling. There were offers for help, she was a very proud person," her father said. "She was very bright, and she thought she could do it by herself but she got to a point where I think she wasn't able to do it by herself."

As her world crumbled around her, Knabel continued to take care of her sons when she had custody and work odd jobs to stay afloat.

"Even though she was having hard times she was working on getting back to where she needs to be," her sister said.

Then, she was gone.

Tracy Leonard, a private investigator looking into Knabel's missing person case, was able to track her every move the night of her disappearance — starting with Knabel's mother's home in Audubon Park.

Knabel had been staying at her mom's home when they had some sort of argument. She eventually left for the hospital, where she had some kind of infection on her face treated, and returned home before heading to her sister's place.

"Andrea came over and she told me she was upset about everything going on...and so we kind of hung out and she vented to me," Erin Knabel said. "I told her she should just go home and rest it off and everything would be ok in the morning."

Evidence shows Knabel's phone made it back to her mother's house, where she later made some calls before it went dark.

"Her phone either went dead, or it was turned off and she disappeared," Leonard said.

The next day, Knabel's sister begins to worry after not hearing from her. She messaged her friends, asked family members and got nothing in response.

While it wasn't unusual for Knabel to spend a few days at a friend's house, her sister filed a missing person's report after not hearing from her in multiple days.

Police quickly responded, but their efforts didn't lead to answers. Investigators have been struggling to narrow the field of possibilities, responding to reported sightings that never pan out.

Both Mike and Erin Knabel said 'Mother Andrea' found a friend in everyone — for better or worse.

"She was attracted to the best of people and the worst of people," her father said. "She had friends all across the spectrum of color, of socio-economic backgrounds, education levels...she was friends with everyone."

They know there's a possibility she got caught up with the wrong people, maybe even involved in illegal activities. Her father said there was a chance she was abusing the prescription drugs she had.

"We want people to see an accurate picture of her," her sister said. "We don't want to memorialize her, our goal is to find her and get her back to where she needs to be in life."

Still, they try their hardest to stay hopeful, unsure if their loved one is alive. Without any confirmed sightings, and a lack of evidence, they focused on the facts.

The Knabels have spent months searching on their own outside the police investigation, eventually reaching out to a private investigator to look into the case. Leonard, who works on the case for free, said he believes they will find out what happened and is hopeful that new information will create new leads.

"I don't think that she walked away," Leonard said. "I think that there are other things in the wind and we will get down to business on this. We will find her."

No matter what the result, the Knabels said they will continue searching until they have answers.

"When you have this situation in your life, in your family, it permeates everything that you do from dusk till dawn," her father said.

Anyone with information on Knabel's case is urged to call 574-LMPD.

Want an inside look at what the UNSOLVED team is investigating next? Join our Insiders group on Facebook.