A victim took a picture of the suspect who sold him a stolen truck, and he didn't know it. 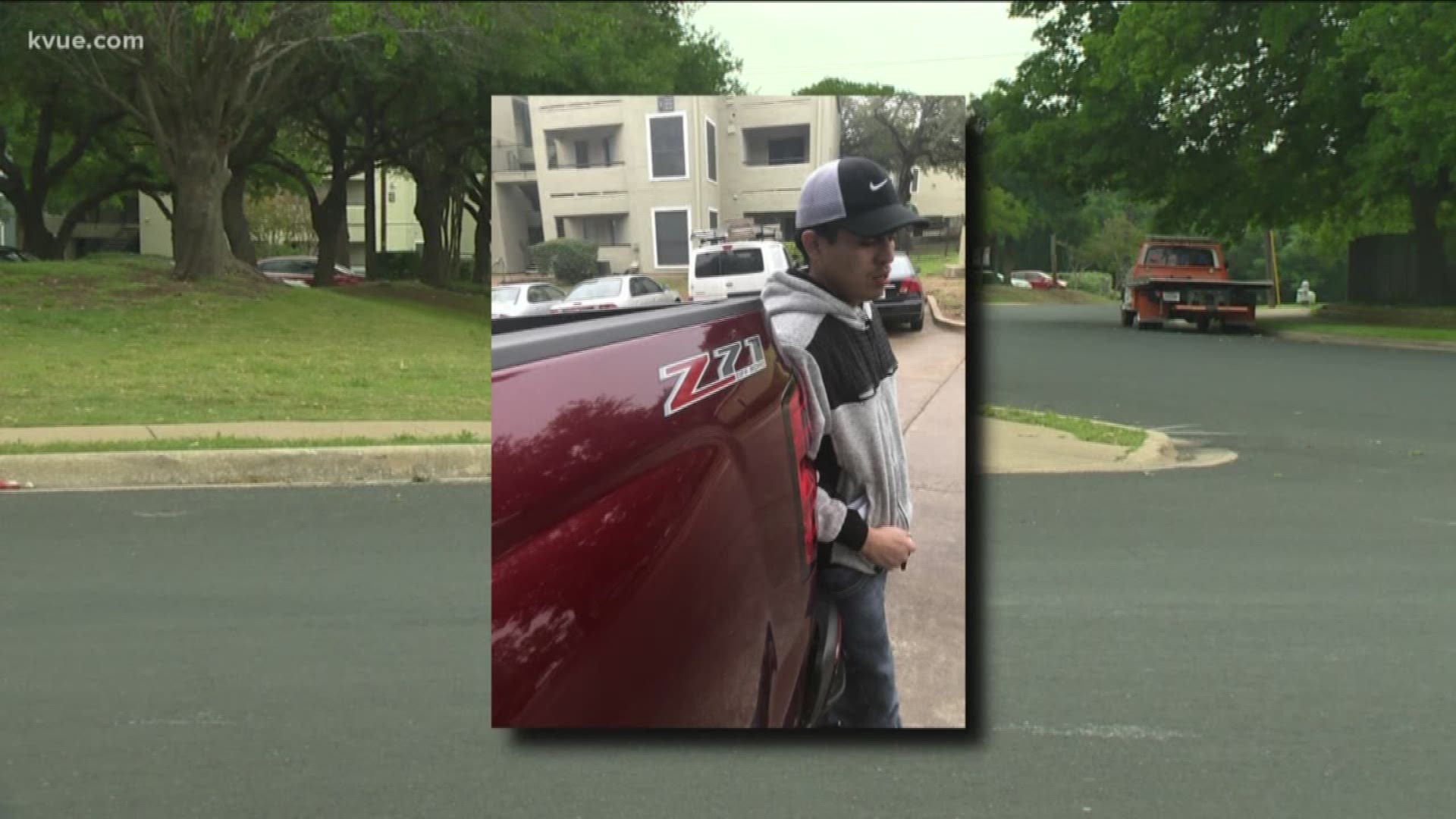 AUSTIN, Texas — Pictures of a 2016 maroon Chevy Silverado on a marketplace website hooked the latest victim.

"My girlfriend's dad is the one who found it on OfferUp," said Diego.

Diego doesn't want his last name used. He lives in San Antonio along with his girlfriend's father, who is the victim.

Diego said after his girlfriend's father settled on the price of $17,000 with the seller of the Chevy Silverado, they drove to Austin back in February to purchase the truck.

Diego said the seller insisted they meet at a southeast Austin apartment complex, where they test drove the truck. Diego said the only thing that seemed suspicious was that the seller of the truck couldn't meet them in person. Authorities have said that's a red flag.

"You see in each of these cases the person whose name is on the title is not who you're meeting with," said Travis County Detective Carl Olavensen. "They're going to give you an excuse as to why that person can't meet you."

Which explained why when Diego ran the VINs through a website called the National Insurance Crime Bureau, the Silverado didn't show up stolen.

Diego also said the man who showed up instead of the seller named "Pedro" gave him a title that looked like the real thing.

"He gave us the title and it looked like a very legit title, I mean, you really couldn't tell the difference," said Diego.

Detective Olavasen said the only way to tell if the title is real is by holding it up to a light and checking it for a watermark.

But Diego took another precaution. He snapped a photo of the seller.

And it's this photo that the authorities are now checking out.

Hoping this lead will help them catch and stop the thieves taking advantage of so many hard-working victims.

"A lot of people working 12-hour shifts for years in order to make this amount of money to buy a car in cash, and these people come around and take money like nothing," said Diego.