ATM falls out of truck as masked men attempt to steal it, police say

The ATM fell out of the back of the truck as the suspects were fleeing and was recovered by police. 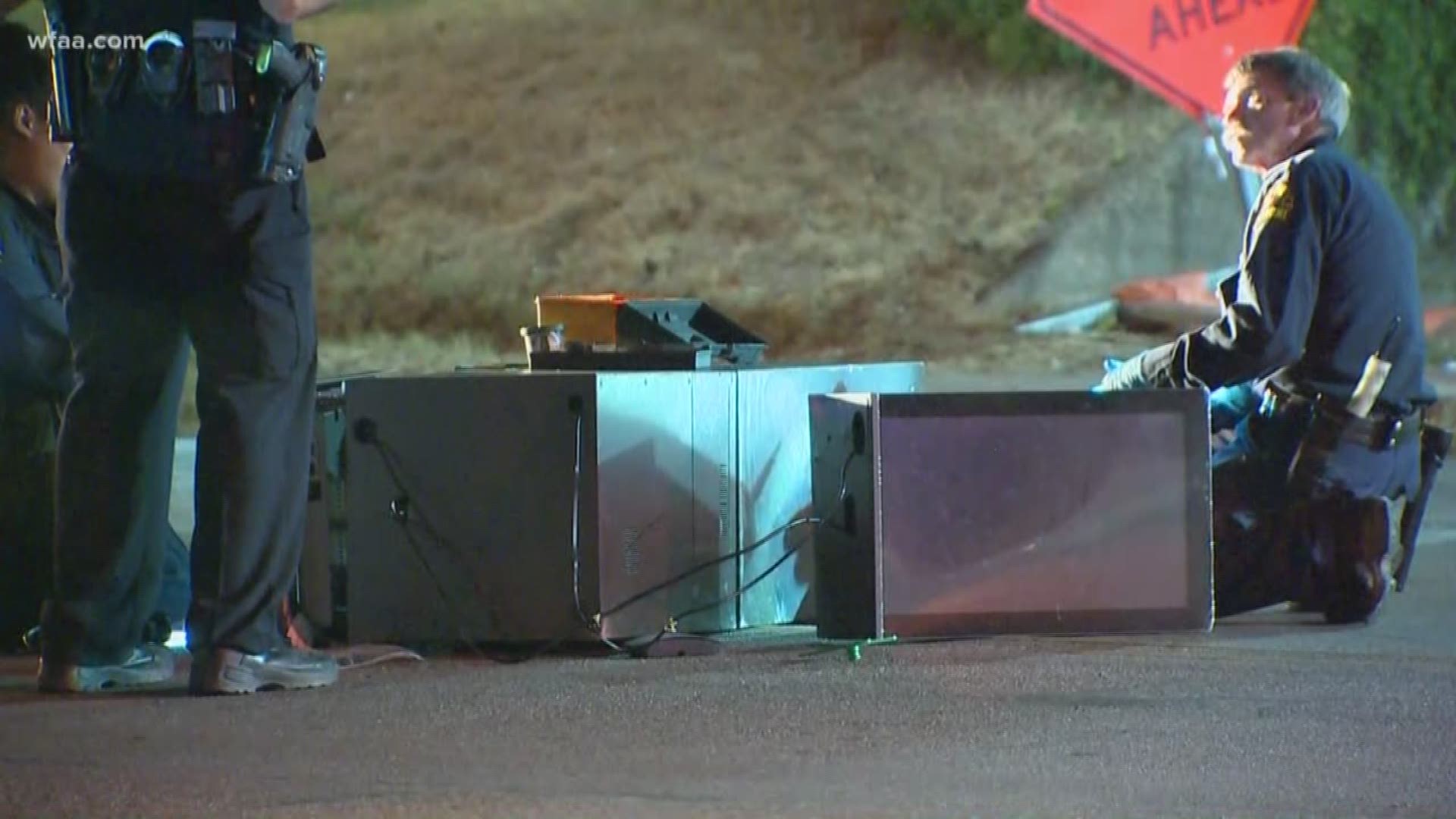 DALLAS — Police were dispatched to a robbery in progress around 2:45 a.m. Monday at a 7-Eleven in the 2500 block of Oak Lawn Avenue.

According to officials, three masked men attempted to take the ATM from that location. Two suspects put the ATM in the back of a white Chevy truck. The third suspect fled on foot, authorities say.

The ATM fell out of the back of the truck as the suspects were fleeing and was recovered by police, officials say.

No injuries were reported. The investigation is ongoing, police say.