'We didn’t really know that was a thing' | Thief used universal opener to break into couple's garage, constable says

When officers came to check it out, they told the couple that thief likely used a universal opener to get into their garage. 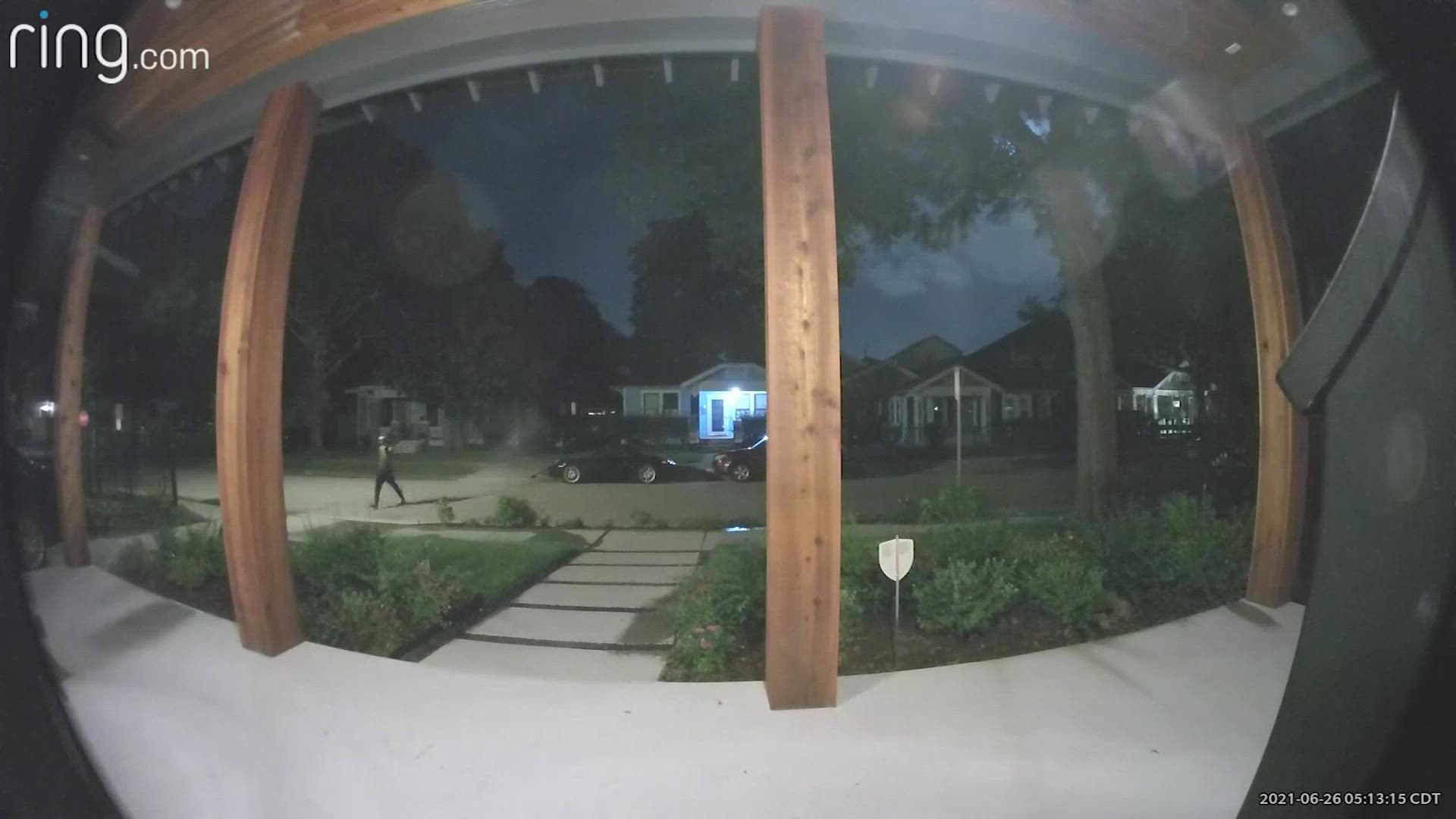 HOUSTON — It's an unnerving warning for most homeowners: your garage door may not be as secure as it seems. One Heights couple found that out the hard way.

It was 5 a.m. on a Saturday morning. Jeff and Amy Graves were both still asleep when a strange man walked up their driveway and stole Jeff's bike.

“And then, the next image we see is of him actually riding the bike around the street, and he comes back up into the garage again and then rides back out with the helmet on," Jeff Graves said.

But the problem is that bike was locked inside the garage.

“Well we knew the door was shut, and we knew the back door to the garage was shut and locked," Jeff Graves said.

“It wasn’t broken into. There was no forced entry, so I don’t know. It’s just crazy," Amy Graves said.

“We didn’t really know that was a thing.” This video shows a man at a Heights home, stealing a bike from the garage. @Pct1Constable says he used a "universal garage opener" to get in. That's terrifying -- that a stranger can open your garage with a button. More on @khou at 10! pic.twitter.com/l6LYYBVpNV

When officers came to check it out, they told the couple that thief likely used a universal opener to get into their garage.

“We didn’t really know that was a thing," Jeff Graves said.

And with access inside their garage, that thief could’ve done much more than take a bike.

“The perpetrator was two steps away from our house door that led into the garage, and we didn’t have that locked. We never had that locked, so he could’ve just walked right into our house pretty easily," Amy Graves said.

Because of that, Cpl. Mascione said the best ways to protect yourself is to lock all doors, have motion-detecting flood lights and disengage your garage system when you leave town.

“But you also want to make sure that your garage handle has a locking mechanism so that they can’t access your garage," Cpl. Mascione said.

And with the help of some online friends, Jeff Graves was able to find the offer up ad selling his stolen bike.

“The criminal actually put the offer online the day that he stole it," Amy Graves said.

And the Constable’s Office got it back.

The couple was able to track down their bike with some help from nice strangers online. They thief had posted it on @offerup. Tonight, they met those online helpers for dinner for the first time! @KHOU pic.twitter.com/5vwcjjJGZA

But today, they’re not taking any chances. The house door is now always locked. They’ve added cameras and even lock the garage door by hand.

“I don’t think you can make it fool-proof, but you can certainly make it more difficult," Jeff Graves said.