Texas troopers cracking down on drivers who don't move over, slow down for emergency vehicles

By law motorists must move over or slow down when certain vehicles – including police, fire, EMS, TXDoT and tow trucks – are stopped with emergency lights activated. 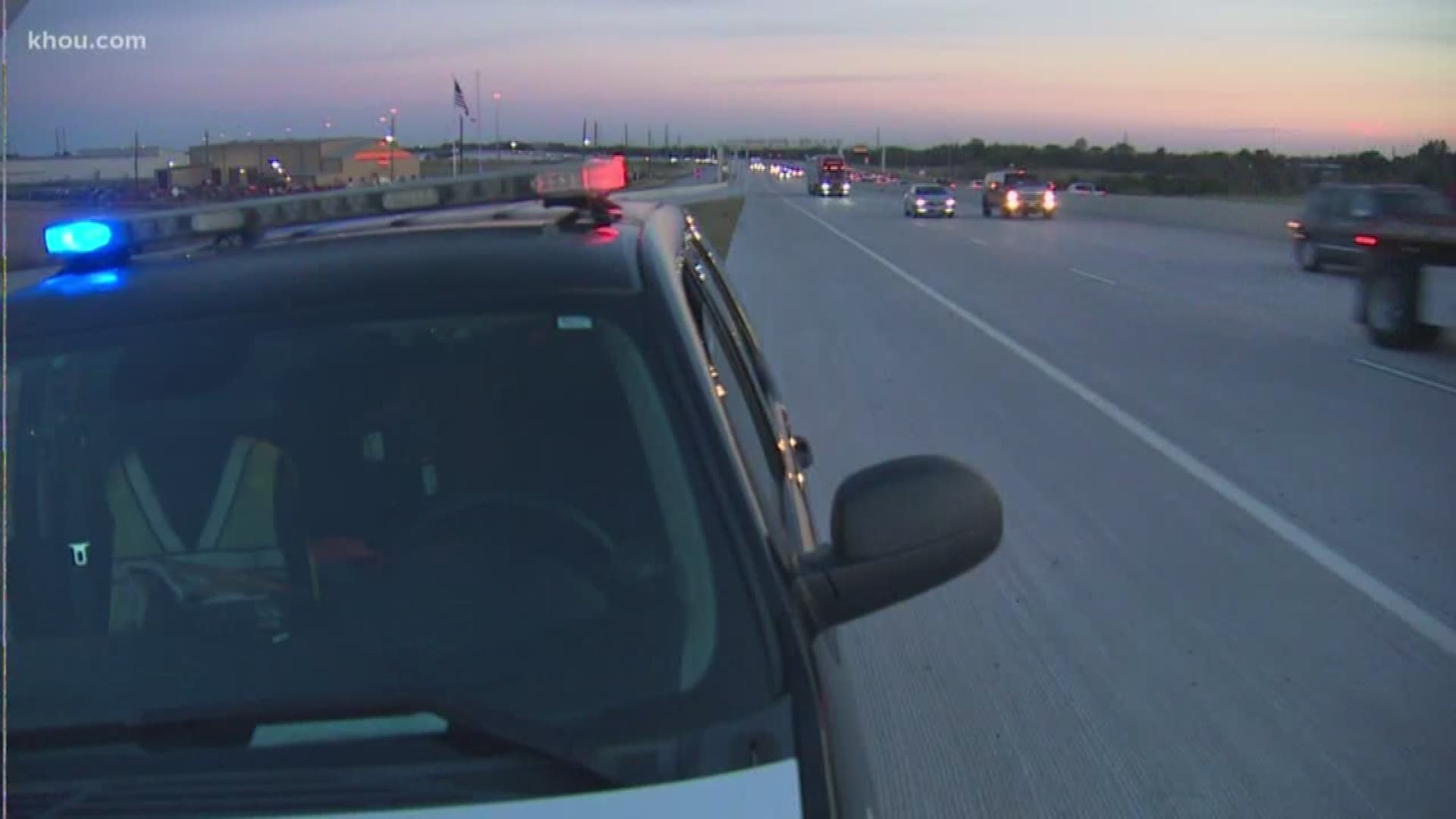 HOUSTON – You’ve been warned. Texas troopers are cracking down on drivers who don’t move over a lane or slow down when approaching emergency vehicles stopped on the side of the road.

Department of Public safety troopers say they will be on the lookout Wednesday for drivers who don’t obey the law. Operations will take place in the Houston, Bryan, Rosenberg, Conroe, Liberty, Cleveland, Huntsville, Beaumont, Matagorda, Columbus, Lufkin and Jasper areas throughout the day.

The Move Over/Slow Down law requires drivers to get out of the lane closest to where an emergency vehicle is stopped, if the road has multiple lanes. If the driver can't get over, he or she should slow down 20 mph below the speed limit. If the speed limit is below 25 mph, the driver must slow down to 5 mph.

Emergency responders have our backs every day when they respond to incidents. How can you have theirs? #MoveOverSlowDown #EndtheStreakTX pic.twitter.com/UQLGeVhm1i

However, often that doesn’t happen.

“You look at an 18-wheeler traveling at a certain speed, and they get within a couple of feet of you, it brings to mind that you could have been hit and you could’ve been killed," Sgt. Richard Standifer said.

This law is in place all year long, but as millions hit the road for the Thanksgiving weekend, Sgt. Standifer said troopers will be making sure all drivers do their part to keep the highways safer.

For example, flashing red and blue lights warn drivers that troopers are ahead. Many times they’re helping stranded motorists.

“I see a lot of folks in my day-to-day routine where they’re changing tires on the side of the road. It’s extremely dangerous,” Sgt. Standifer said.

Drivers who don't follow the law can get a $200 ticket. The fine jumps to $500 if there's property damage and possible jail time and a maximum fine of $2,000 if someone gets hurt.

The law was passed after emergency responders were injured or killed by drivers passing too close to them.

“In light of the numerous vehicle crashes that occur in Texas and across the nation on a daily basis, and the unfortunate fact that many still violate the state law that has been in effect for nearly 15 years, we are increasing our enforcement and education efforts related to this law,” said Director McCraw. “In addition to complying with the law to protect those who work on the side of the road, we encourage motorists to show the same courtesy to fellow drivers stopped along the roadways. Let’s all get home safely.”

Preliminary data from January through September 2018 shows that DPS issued more than 32,000 warnings and citations to motorists violating the Move Over /Slow Down law, according to the DPS.

The Move Over law now includes tow trucks and Texas Department of Transportation vehicles. Sgt. Standifer would like to think all motorists are looking out for one another.