The Tesla's owner is hoping the video will help detectives catch the man who did it. 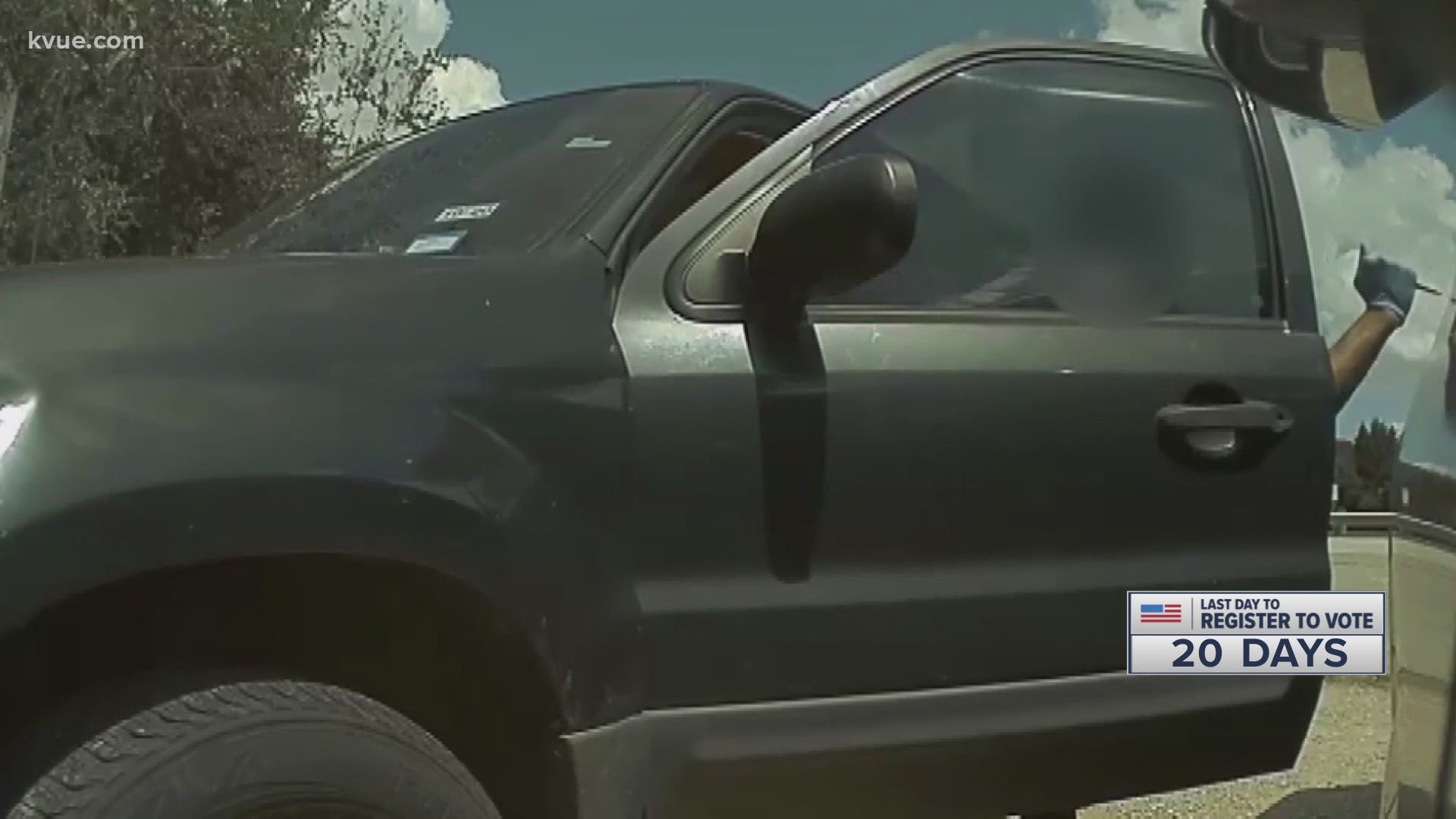 AUSTIN, Texas — A thief was caught breaking into a Tesla at the Pennybacker Bridge Overlook on Sunday afternoon by the car's own security cameras.

Patrice Tompkins said she visited the popular tourist spot in West Austin with friends to take in the view.

But an alert on her phone interrupted her hike: her Tesla's alarm was going off.

"We finished the hike, came back and walked around the car, and I saw my broken glass all over the floor," Tompkins said.

Tompkins activated her Tesla Model 3's Sentry Mode just a few months go, and this is the first time she's had to pull the video from it. According to Tesla, Sentry Mode "adds a unique layer of protection to Tesla vehicles by continuously monitoring the environment around a car when it’s left unattended."

Its cameras record any potential threats surrounding the car, like someone leaning or breaking the glass. The feature was introduced in February 2019.

"I was really surprised that he would break into a Tesla. I figured that he probably wasn't knowledgeable that there's cameras all around. It is just not a smart vehicle to break into," she said.

Tompkins said the thief got away with her purse, but it didn't have anything valuable in it. She had moved her belongings into a backpack for the hike.

"I just threw the empty purse in the backseat, not even thinking about it," she said.

The parking area in front of the overlook is a known problem for Austin police. Oftentimes, the ground is covered in broken glass.

"[Thieves] know there's so many cars in that area and that quick location where they can access them and attempt to burglarize vehicles," APD Cpl. Destiny Silva said.

According to APD's online Crime Viewer map, there have been nearly 40 reported car burglaries in that area so far this year. In all of 2019, there were nearly 30 reported burglaries.

Cpl. Silva recommends parking as close as you can to the overlook's entrance and keeping valuables out of your car.

"I know that area gets pretty busy and filled with cars. You may not always have that option, but if you do, that would be an ideal place to kind of park," she said.

The Tesla's camera caught the thief's face and license plate. Tompkins hopes it will teach him a lesson.

"Don't break into a Tesla. There's cameras all around it. As soon as you walk up, it switches on," Tompkins said.

Eanes ISD employees required to return to on-campus learning, even with medical documentation to stay home