Patrick Johnson, the man who was arrested last week in connection to the "lion's share" of the nearly 100 rock-throwing incidents along Interstate 35 for two years, has been charged in a 2014 incident that left a man partially paralyzed with severe brain trauma. 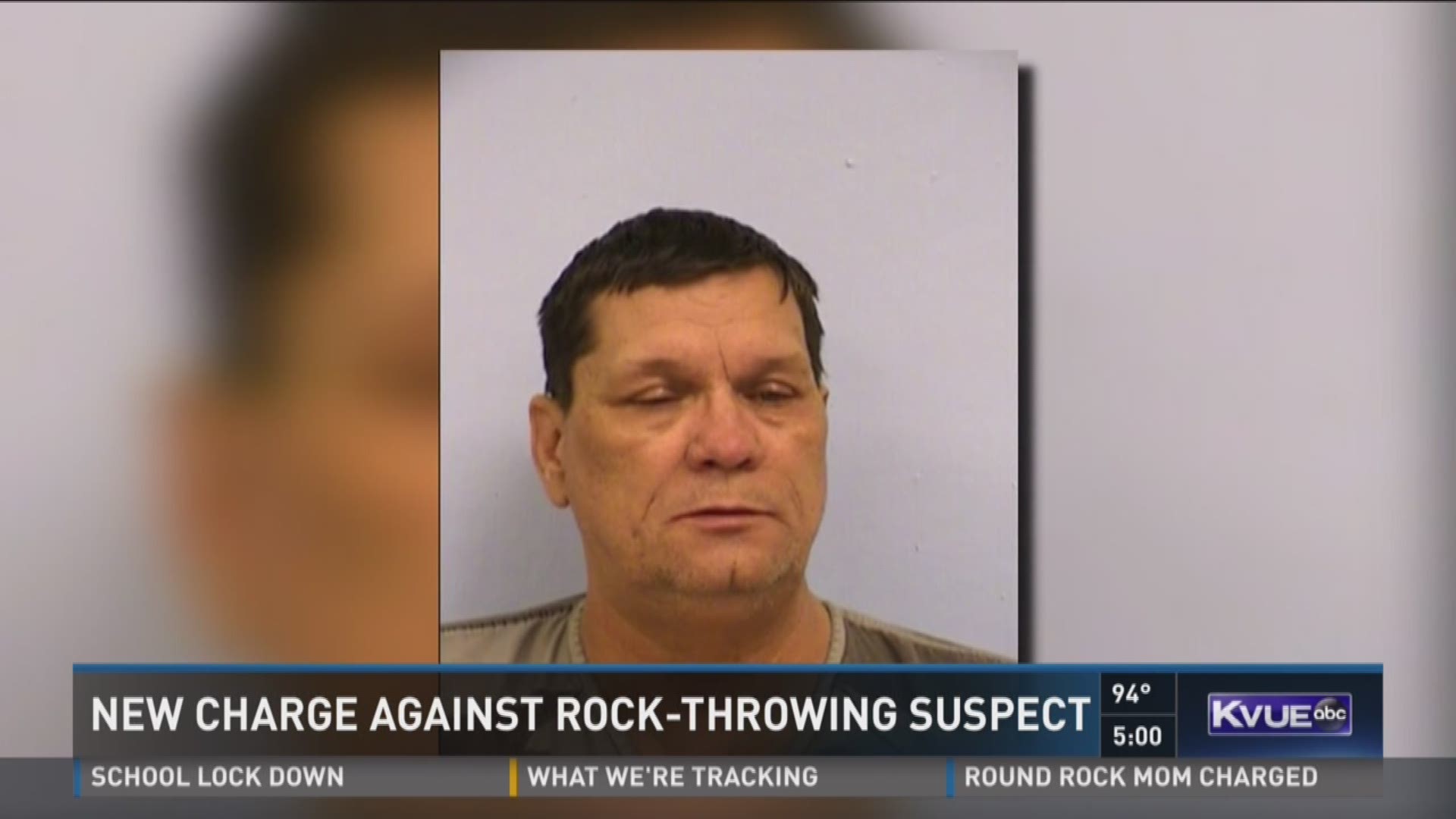 Patrick Johnson, the man who was arrested last week in connection to the "lion's share" of the nearly 100 rock-throwing incidents along Interstate 35 for two years, has been charged in a 2014 incident that left a man partially paralyzed with severe brain trauma.

The new charge filed Monday, aggravated assault with a deadly weapon, carries a punishment of up to 20 years in prison. Bail for the newest charge against Johnson is $350,000, bringing his total bail amount to $850,000.

On June 14, 2014, Kenneth was heading home from work at 2:37 a.m. from Little Woodrow's in South Austin. He was traveling northbound on I-35 when a rock smashed through his window once he reached the lower deck, hitting him in the face and lower neck.

“I heard that he went to Kenneth’s after he was hurt, and saw him. He knew what he’d done to him," she said. "He knew he was unconscious. He didn't know if he was dead or not. Then, he went home and watched it with his roommate and said that he was praying for him.”

The incident caused Kenneth to have an aneurysm.

"He got hit here," said Kenneth's aunt Julia Murphrey as she pointed to her neck, "busted this artery, this main artery. So they had to wait for that to heal before they could go in and work on the aneurysm and before that he was very coherent. And when they went in to work on the aneurysm, it ruptured and they re-routed some things and that put him in ICU and he had a stroke three hours later."

Murphrey said Kenneth is paralyzed on his right side and has a difficult time speaking, but he can comprehend what's happening around him and hopes to return to Austin.

Before the accident, Kenneth played base with the Austin band Barry Whitesnakes. While he can no longer play music, his family said he does hang out with friends, goes on hikes and is staying positive.

Over the past two years, nearly 100 vehicles on I-35 were hit with rocks. Kenneth's injuries are the most severe.

Kenneth's family said they are relieved Johnson was arrested and hope he remains in jail.

"If they know he did it for sure, he should get life in prison, you know. I think anyone that commits a pre-meditated act should be separated from society for good," said Murphrey.