Police said the man led them on a high-speed chase and later attempted to take an officer's taser. 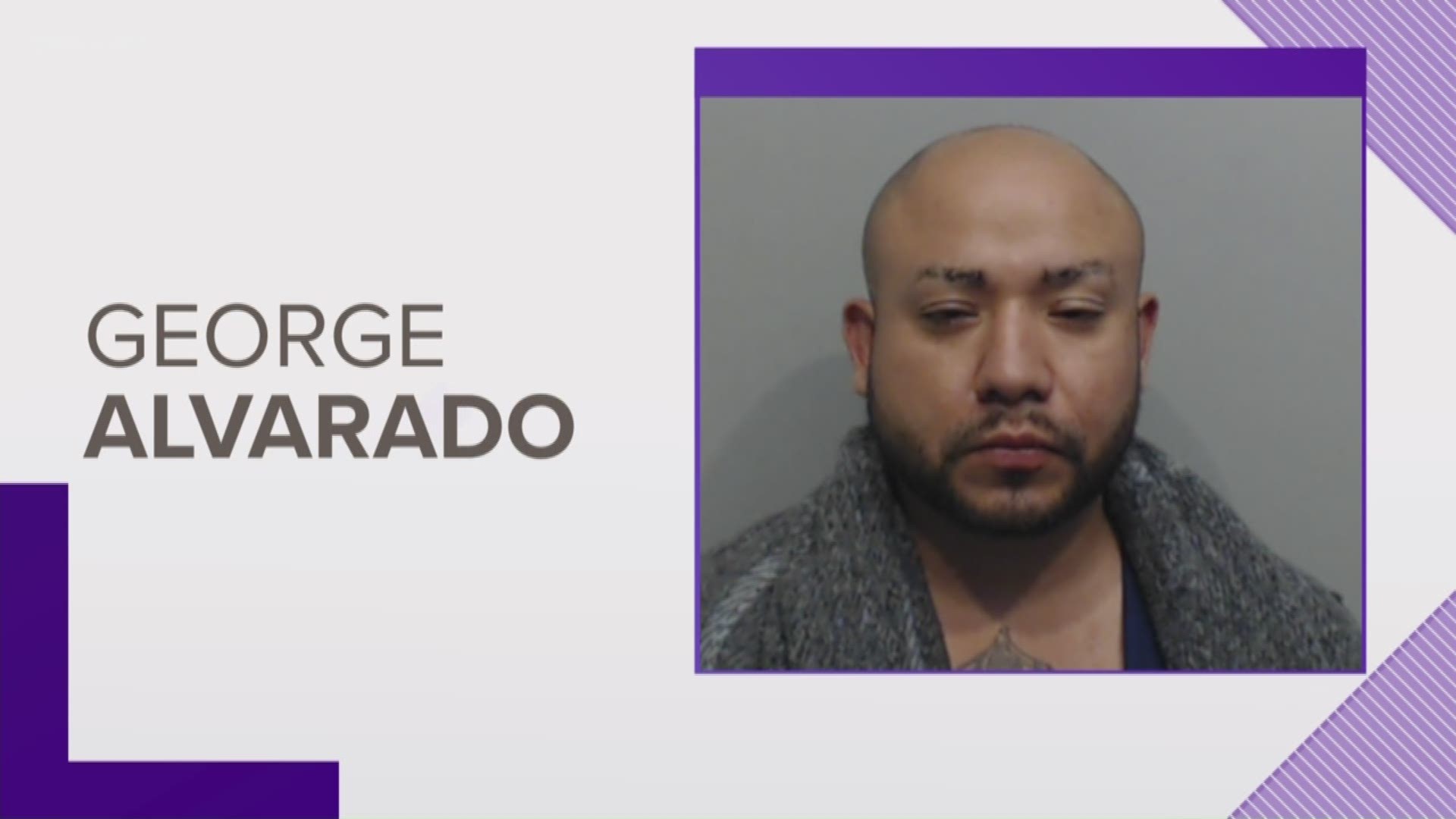 SAN MARCOS, Texas — ***Editor's note: San Marcos Police Department originally reported the car the man was in was stolen. San Marcos police sent out an update Monday afternoon that said the vehicle Alvarado was in was not stolen.***

A San Antonio man has been arrested after police said he led them on a high-speed chase down Interstate Highway 35 on Saturday.

According to the San Marcos Police Department, 32-year-old George Alvarado was arrested and charged with evading arrest with a vehicle, evading arrest detention, burglary of a vehicle, driving with license invalid with previous convictions and accident involving damage to vehicle.

Police responded to the Premium Outlets around 6:45 p.m. on Saturday for reports of a vehicular burglary. A witness then described the suspect and vehicle, which officers saw leaving the outlets. When officials attempted a traffic stop, they said the suspect refused and continued onto the highway at a high rate of speed.

Officers followed the vehicle, which eventually took the 205 exit and began traveling east on Highway 80. Alvarado later struck another car while running a red light at the intersection with Bugg Lane. Neither occupant in this vehicle was injured in the crash and their car sustained minor damage.

San Marcos wants to become the Mermaid Capital of Texas

However, police said the impact caused the vehicle to spin out of control and flip onto its side. Alvarado then reportedly exited the vehicle and attempted to run on foot before being tased by officers. Police said he also attempted to take one of the officers' tasers.

Police reported that Alvarado was found to be in possession of about $1,000 worth of stolen property acquired during the burglaries. He remains in the Hays County Jail on bonds totaling $27,000.