Warrant: Child soiled pants, teacher made him sit in it for two hours to 'prove a point'

The incident occurred last month at an elementary school in Acworth, Georgia. 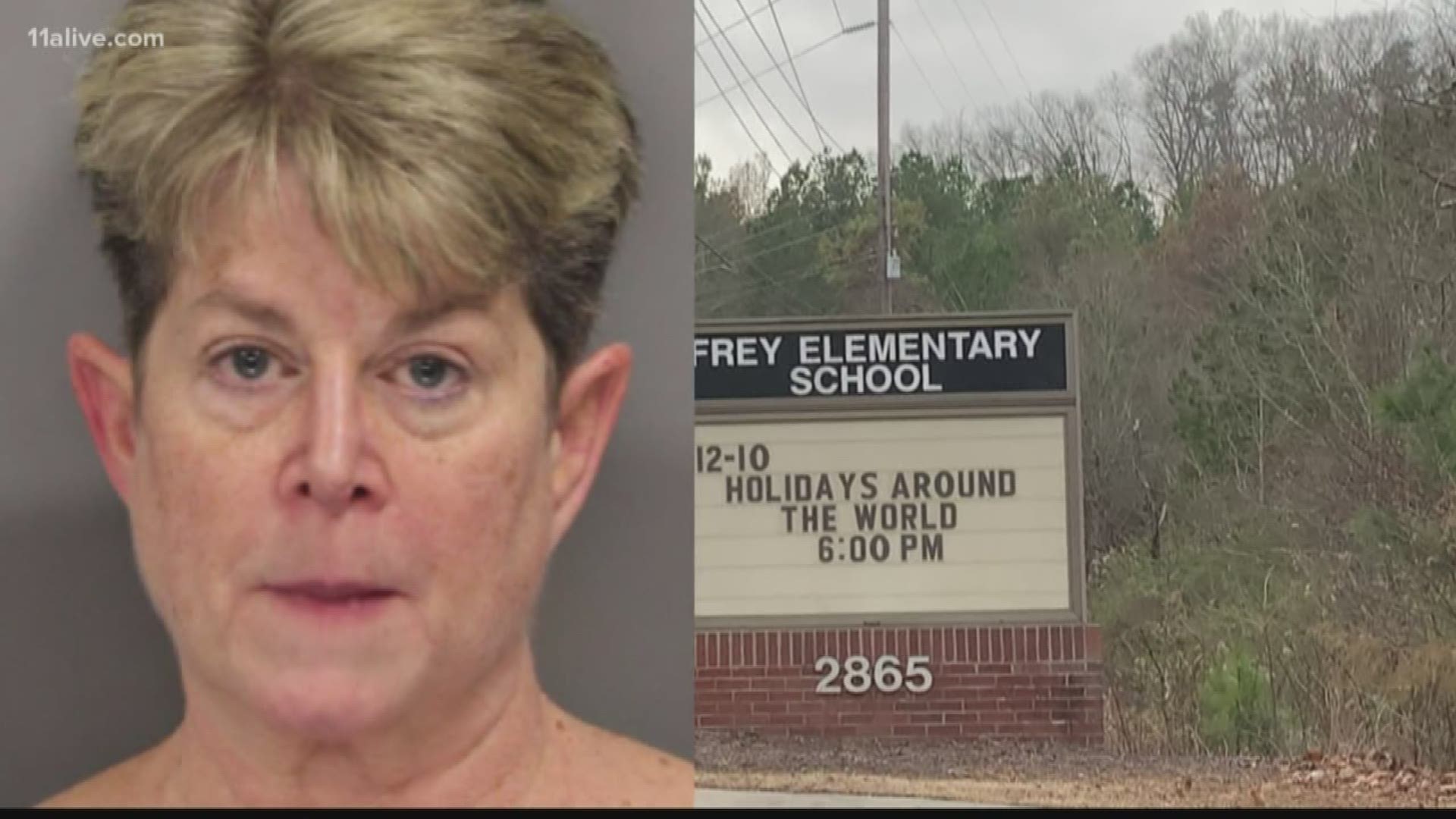 According to an arrest warrant, on Nov. 21 a student at Frey Elementary School in Acworth soiled his pants in class. The warrant outlines the gratuitous punishment to which she allegedly subjected the child.

It states Kelly Lewis "did cause the victim, a five-year-old special needs child who had soiled (defecated) his pants, to remain uncleaned for approximately two hours."

The warrant says a witness to the episode said Lewis "acted with intent when she said that she was 'going to prove a point' by having said child remain in this soiled clothing to teach him a lesson about restroom habits."

“I’m a mom of three boys, middle son has autism," said Stacey Ramirez, State Director of The Arc of Georgia, a non-profit upholds the human and civil rights of people with intellectual developmental disabilities.

When Ramirez heard about the incident, her heart broke. She called her son, Ryan, who has autism.

According to the warrant, the treatment left the child with "redness and irritation to his buttocks."

“When you’re given the diagnosis of developmental disability, it seems like you have to trade in your human and civil rights. Like you’re no longer human, just other," said Ramirez. “When my son was five, I didn’t realize he was going through these things, too.”

Ramirez isn’t shocked by the mental pain part. Her son is now 25 and has dealt with lingering effects of abuse throughout his own life.

She hopes this is a wake-up call for school systems to pay closer attention to how students with disabilities are treated.

In a statement to 11Alive News, the Cobb County School District said the following:

"We recently learned that a staff member may not have provided the high level of care for a student that Cobb Schools requires. Parents have been notified, and this staff member is out on administrative leave pending the conclusion of the investigation. Due to state and federal privacy laws, including FERPA, we are unable to provide more specific detail. Cobb is committed to ensuring that our students have a safe and supportive environment so they can achieve success.”

According to a bond order, Lewis is not to return to the school and is to have no contact with the child.

Cobb County jail records show she was booked on Dec. 4 and released that same day.