The co-owner of the South Austin Beer Garden said staff didn't know what had happened until later. They did not let the man inside and police were called. 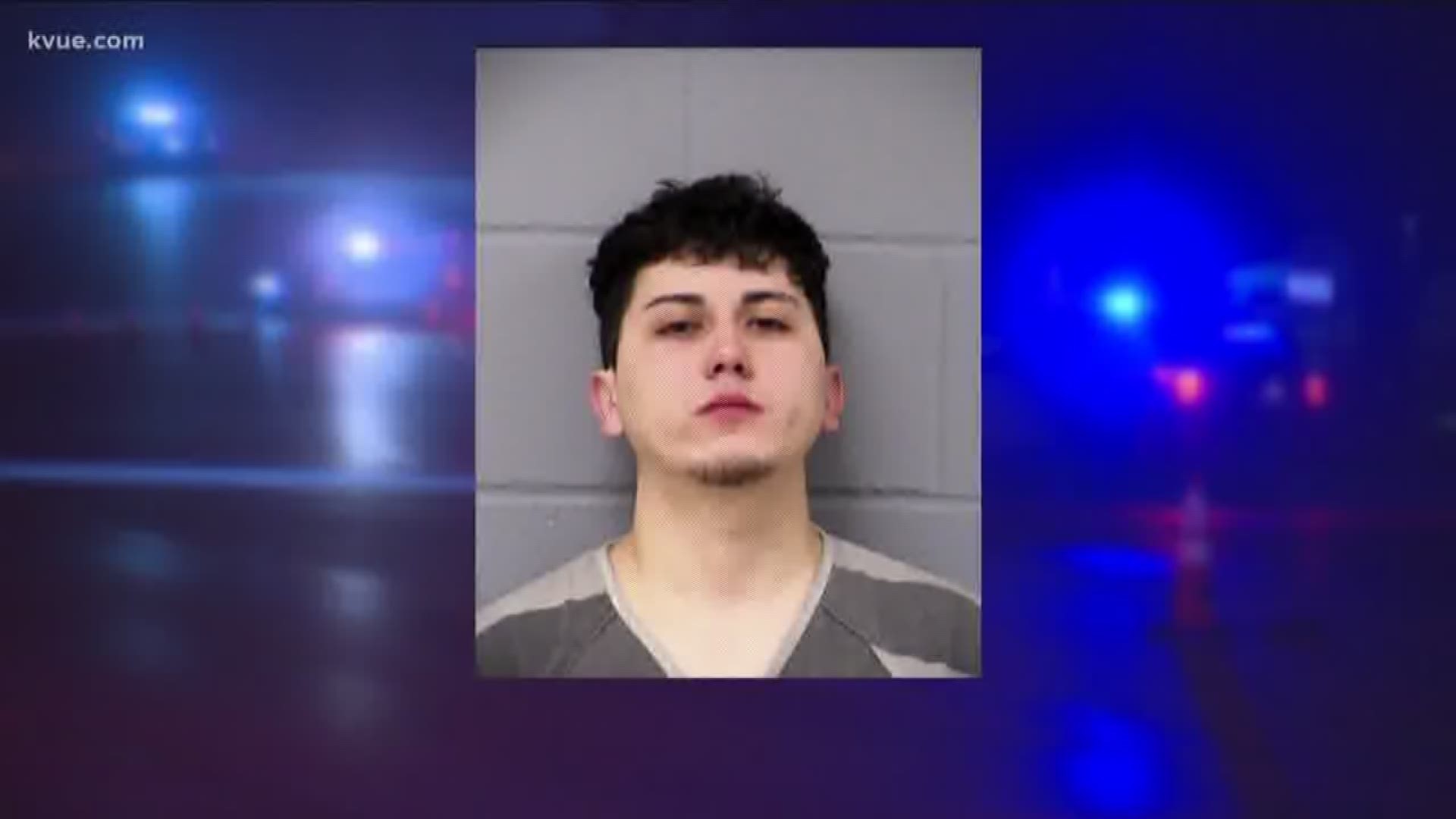 AUSTIN, Texas — According to police, 24-year-old Paul Garcia is facing failure to stop and render aid, intoxicated manslaughter and driving under the influence charges after he allegedly hit a pedestrian in South Austin on Saturday night.

Witnesses told police that Garcia was driving a 2014 white Ford Focus without headlights at high speed when he hit 55-year-old Lee Martin Cagle. Cagle was pronounced dead at the scene.

Cagle's body reportedly went through Garcia’s car windshield, landing on the passenger seat. The affidavit for Garcia's arrest said Cagle had extreme, traumatic head injuries and some of his extremities detached and were left in the roadway and inside the vehicle.

Garcia drove for half a mile with the body before stopping the car, getting out and walking up to a bar, according to police.

On Wednesday, the South Austin Beer Garden showed KVUE surveillance footage of Garcia walking up to the bar. Later in the video, the police arrive and take Garcia away.

"It's absolutely tragic," David Pearce, the co-owner of the South Austin Beer Garden, said about the crash. "It doesn't matter who it was, it's still a person."

Pearce said he was alerted by a staff member Saturday night about Garcia when he showed up at the bar.

“They said, ‘Hey, there’s a guy that came out of the drainage ditch,'" Pearce said. "So I ran over there, talked to the guy – he was in tears, distraught, panicky, you know, looked like he [was] sweating."

Pearce also said it looked like Garcia had mud on him and that staff did not let him inside.

Pearce said a decision was made to call the police.

“Immediately after just standing there for a moment, you know, I just thought to myself, 'We need to call the cops,'" Pearce said.

He said he told another employee to notify the police, who later took Garcia into custody.

“I can’t believe that guy just showed up at our doorstep and that just happened," Pearce said.

The Texas Alcoholic Beverage Commission (TABC) is now investigating the source of alcohol served to Garcia.

"Ultimately, the goal is to hold anyone responsible who may have violated state law in selling alcohol to an intoxicated person," said Chris Porter, a public information officer with the TABC. "Our goal as with any law enforcement agency is to prevent the loss of life."

According to TABC, businesses cited for selling alcohol to an intoxicated person could face a civil fine up to $7,200, as well as a temporary suspension of their license to sell alcohol. Extreme cases, or those involving repeat offenses, could result in cancellation of the business’ license.