The exchange came after a bystander asked why officers were "so quick to draw guns." 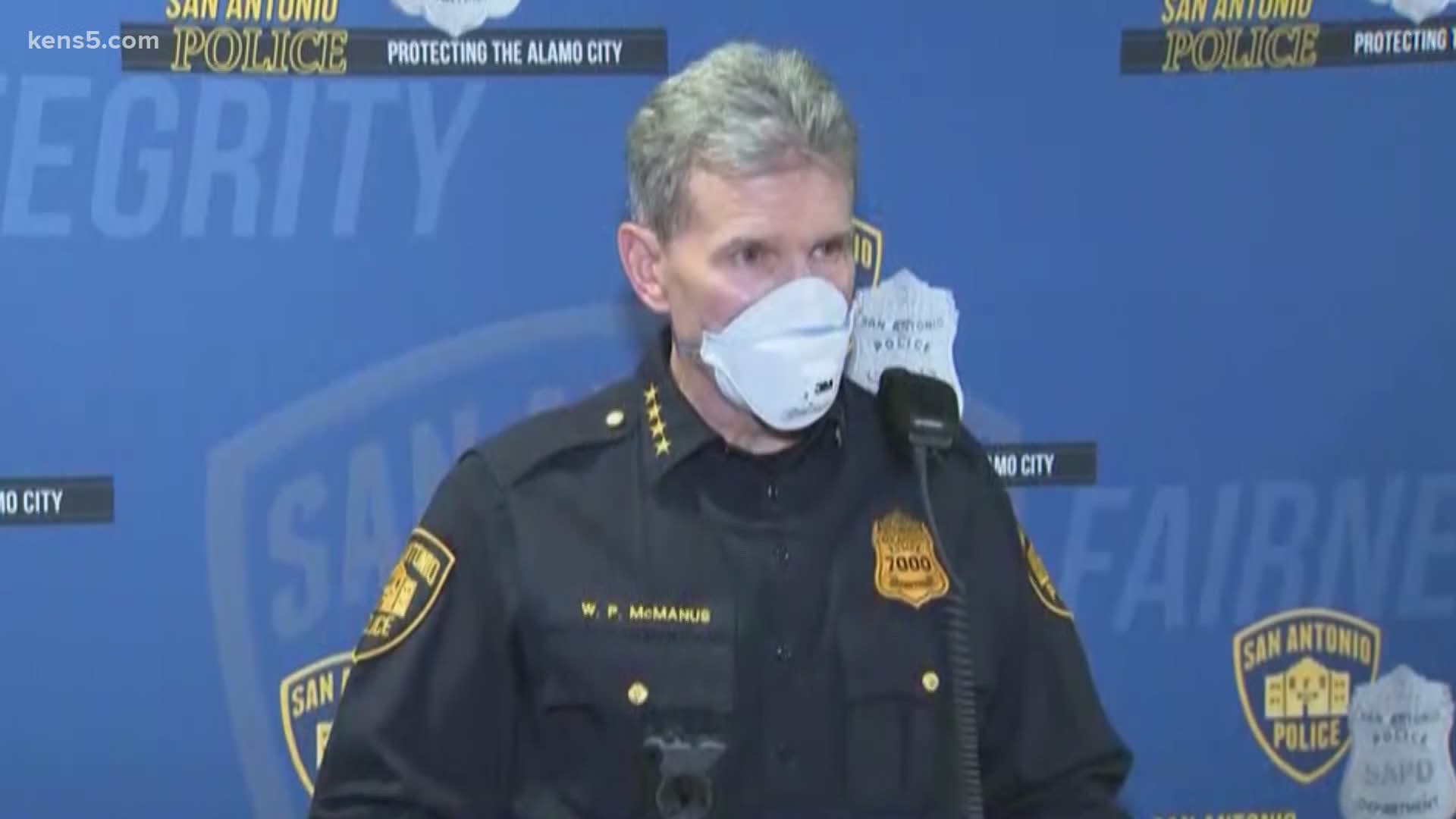 SAN ANTONIO — A tense exchange between a San Antonio police officer and a bystander at the scene of an officer-involved shooting late last month is now under investigation.

In the video, provided by a bystander who asked to remain anonymous, a man is heard asking an officer why law enforcement is "so quick to draw guns." The officer responds, "Don't worry about it. We do what we've got to do." The bystander is heard starting, "Cops in Mexico --" before the officer cuts him off, responding, "I don't give a f--k about cops in Mexico. This is San Antonio, if you like it, go back over motherf---er."

The exchange occurred at the scene of an officer involved shooting May 22. Police said a man threatened to kill his family, then himself in the 100 block of Hillsdale on the city's West Side. According to authorities, the man had a rifle and pointed it at officers, prompting them to open fire.

"We're taught to de-escalate," McManus said. "There's a lot of occasions when people are going to get in your face. People going to say things to taunt or irritate you, or insult you, and the best thing to do is bite your tongue and ignore it."

McManus said the video is under investigation and that potential outcomes for the officer include counseling, training or suspension.

While protesters over the weekend called for an end to police brutality and racial profiling by law enforcement, McManus said the video isn't reflective of the agency's relationship with the community.

"Police officers are human beings like anybody else," McManus said. "They lose their temper. They say things they shouldn't say. We all do. And when we when that happens in the police department, we know that we're held to a higher standard and we take measures to correct that."

RELATED: Police: Protester threw bottle of urine at officers during violent outburst as curfew was issued

RELATED: Tender moment caught on camera of police chief helping a young boy, who was scared at protest

RELATED: SAPD: Man dies after being shot at over 100 times