A few weeks ago, police recovered 38 bikes from a homeless camp in Austin. Since then, they've found more than a dozen more stolen bikes at that same camp. 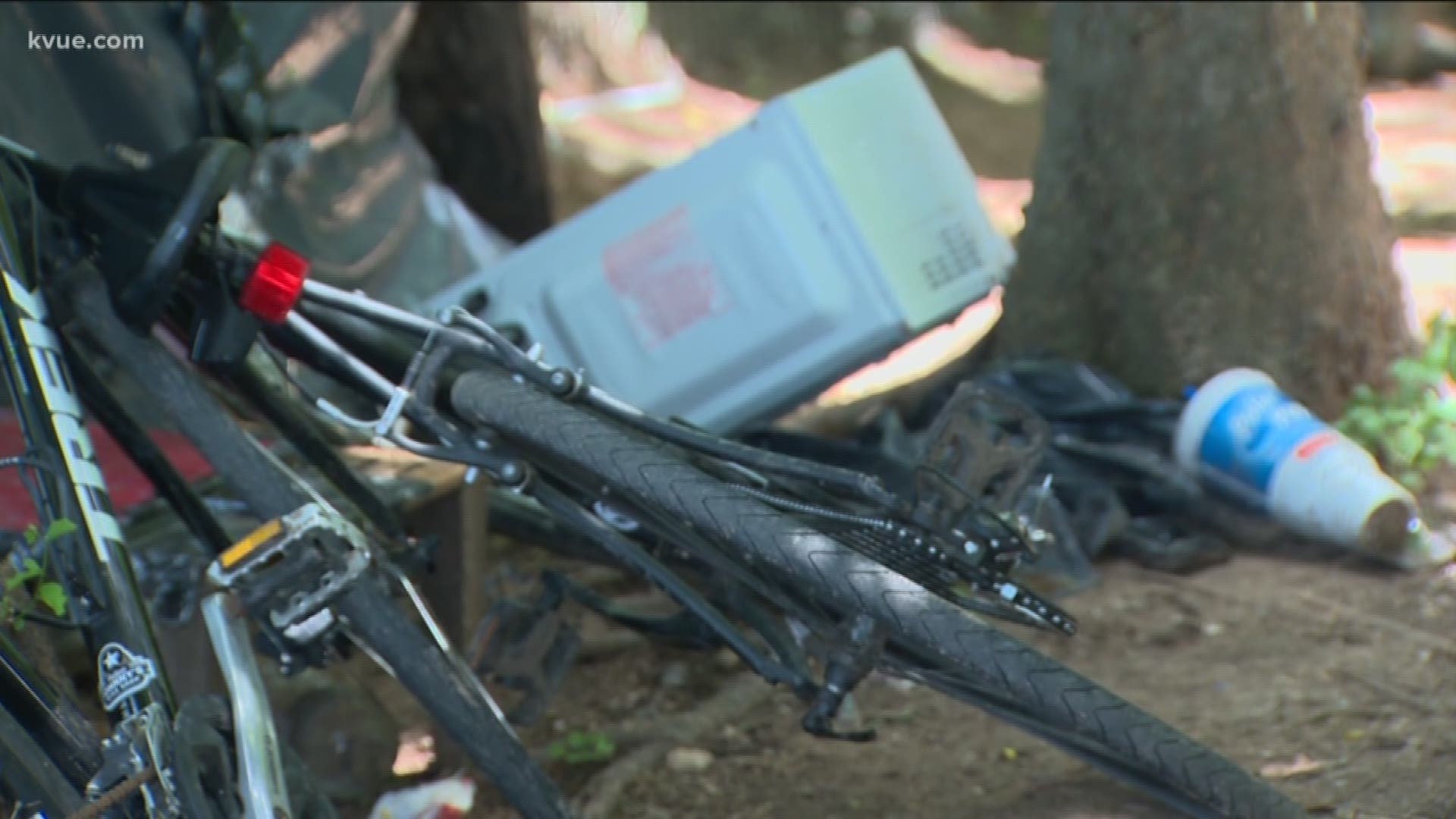 Police recovered more than a dozen stolen bikes from a homeless camp in Austin off Cesar Chavez Street and Pleasant Valley Road.

Earlier this month, KVUE reported on the 38 stolen bikes and other items police found at the same camp.

On Tuesday, police got a tip that more bikes were inside the camp.

"So fellow officers came down here and picked up the bicycles," Officer Perez said. "And here we are again this week. I think this homeless camp is being used as a base for criminal activity."

Officer Perez walked through the camp with KVUE on Friday, pointing out more bikes that had appeared since Tuesday.

He said homeless people will steal the bikes and sell them for drug money.

Lauren Bansemer tipped off police to the new lot of stolen bikes inside the camp.

"I had locked up my bike in front of where I live. I came out one day, and they had cut the bike rack, and they just took it out," Bansemer said.

She said she figured her bike was gone for good.

"But a neighbor over here said he saw it come out of the woods here on Monday, so on Tuesday I came over here and walked into the camp and I didn’t see my bike but I saw a bunch of different bikes."

She took pictures and reported the situation to 311.

Officer Perez said if your bike is missing, don't try going into a homeless camp. Instead, he said you should contact police.

Officer Perez said people need to know their bike's serial number, make and model so it's easier to track down if stolen. He also said people can register their bikes with the city.