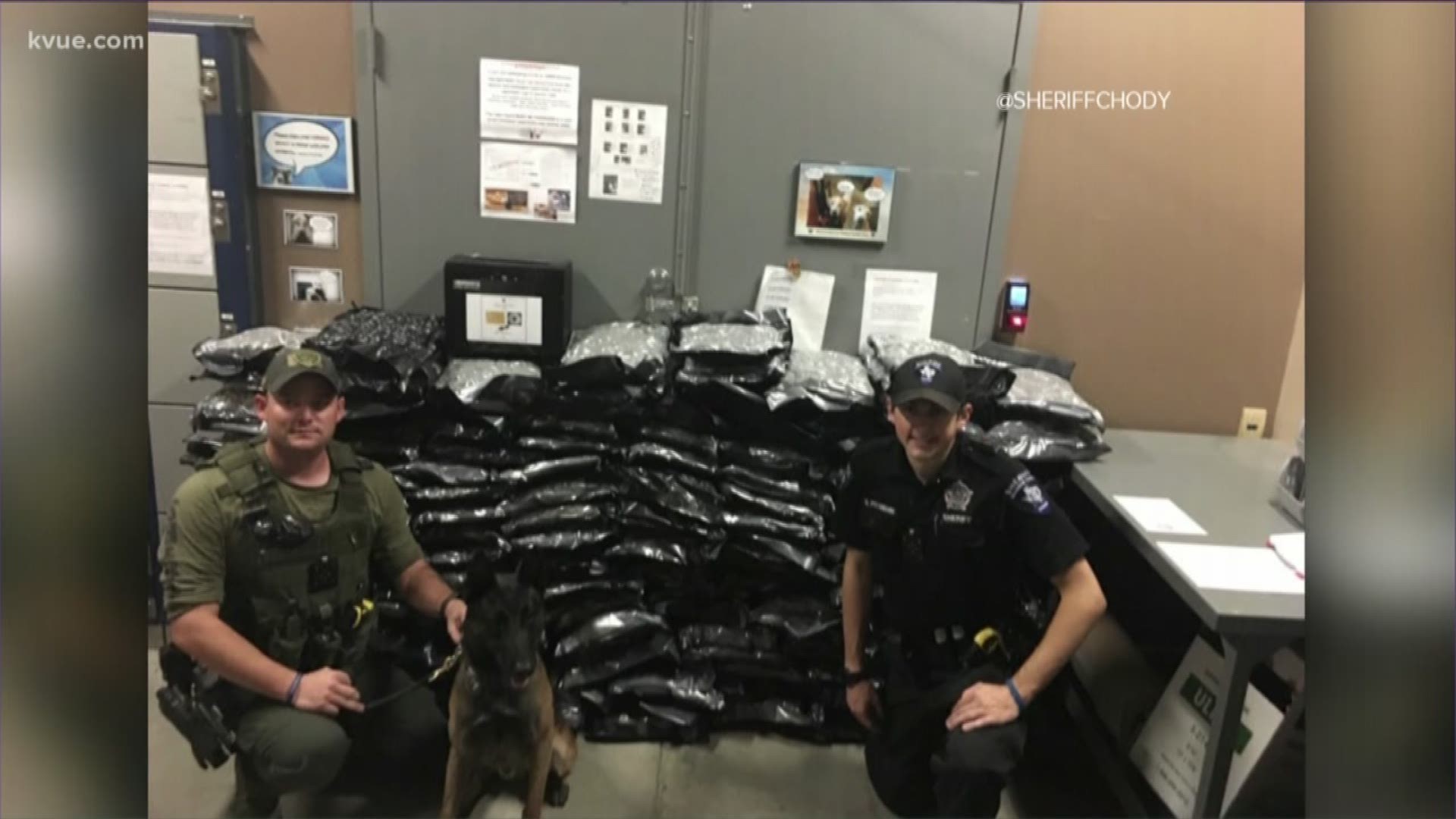 ROUND ROCK, Texas — Two Williamson County deputies and a K9 helped get nearly 200 pounds of marijuana off the streets.

Williamson County Sheriff Robert Chody shared on Twitter that two of his deputies and K9 Kato found more than 195 pounds of marijuana in the back of a pick-up truck Friday morning.

The truck was stopped by the two deputies and Kato at a traffic stop on the 2200 block of Interstate 35 in Round Rock, Chody said.

The mass amounts of marijuana were found in 50 gallon-sized trash bags.

The deputies responsible for seizing the marijuana were Deputy Feldman and Deputy Devall, according to Chody.

Concerning smaller amounts of possession, earlier there this year, there was a state law change concerning marijuana prosecution. The KVUE Defenders found that whether you face any penalty for small amounts of marijuana now depends on where you get caught.