The death row inmate was convicted of murdering Stacey Stites in Bastrop County in 1998. 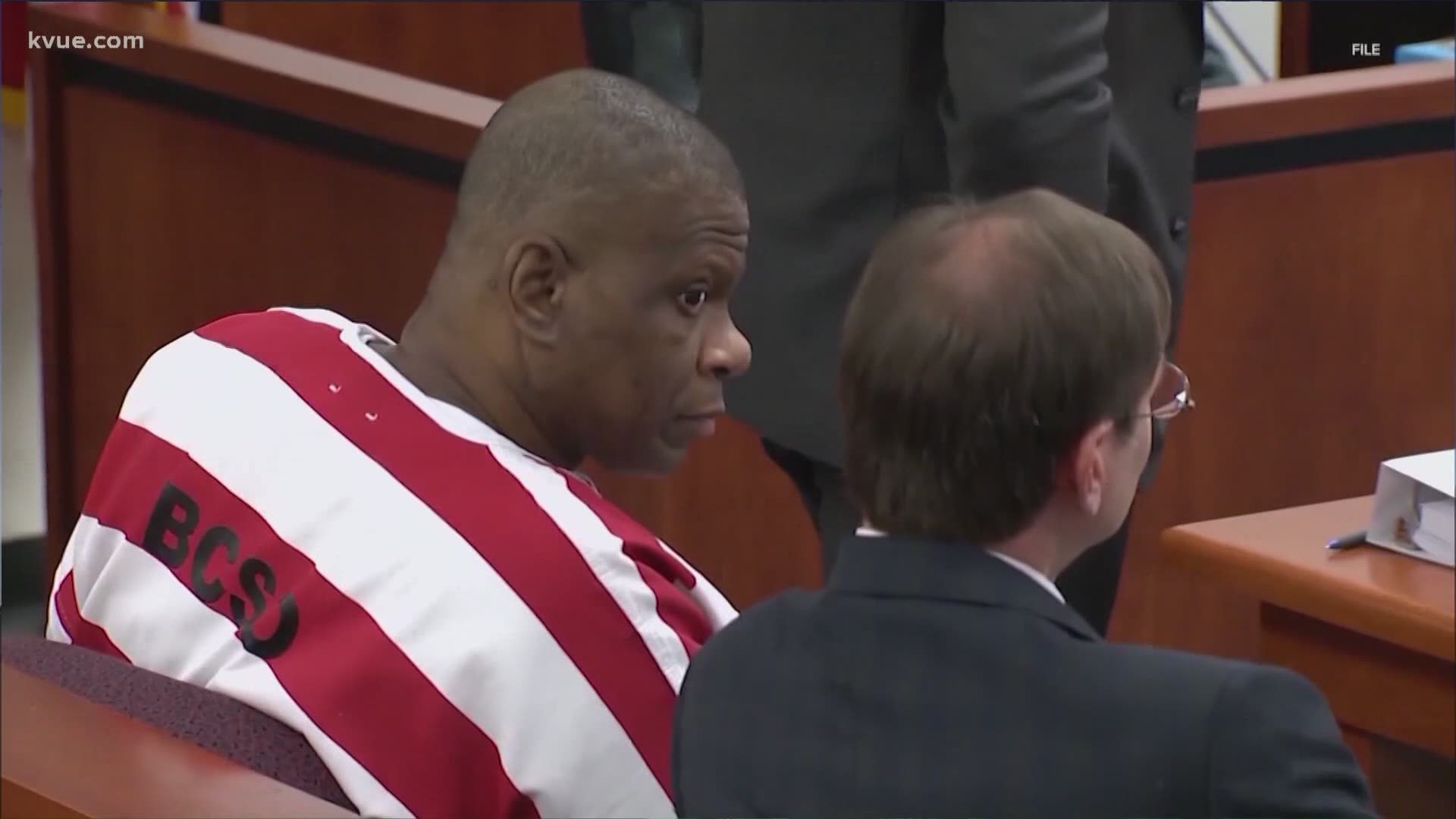 In 1998, the death row inmate was convicted in the 1996 abduction, rape and murder of Stacey Stites.

Cameras were once again not allowed inside the appeals hearing.

The defense called witnesses who they said will prove Reed's innocence, including a forensic pathologist that disputes Stites' time of death.

Dr. Andrew Baker testified that Stites died hours earlier, which the defense said placed her with Jimmy Fennell and not with Reed as the State contends. Stites was engaged to Fennell at the time.

Wayne Fletched testified that Fennell used a racial slur when describing that he knew Stites was having sex with Reed. This happened during a barbecue before Stites died.

The final witness of the day was an insurance agent, Ruby Volek, who testified that Fennell had Stites fill out a life insurance policy. Fennell worked security for an organization she worked at. Volek testified that she heard Fennell say to Stites, "If I ever catch you messing around on me, I will kill you."

Reed's loved ones filled up many of the courtroom seats. Several wore the same black and neon green shirt that read, "I stand with Rodney Reed." It's the same shirt many wore during the pre-evidentiary hearing two weeks ago.

"Only thing that can stand in our way is corruption, because if the truth be told, my brother is coming home," Roderick Reed said.

Before the hearing, some supporters gathered outside in the parking lot for a prayer circle.

The hearing continues on Tuesday morning at 9 a.m.

4:51 p.m. – Ruby Volek is defense’s third witness. Volek said Jimmy Fennell worked security for her insurance company. She testified that Stites agreed to fill out a life insurance application with Fennell and that Fennell said, "if I ever catch you messing around on me, I will kill you.”

4:36 p.m. – Judge J.D. Langley, through the defense, asked for clarification. Why was Fletcher afraid to come forward? Fletcher said he was afraid of harassment from law enforcement and that’s why he didn’t come forward with this info back then.

4:18 p.m. – The State is now cross examining Wayne Fletcher, asking why he waited so long to come forward with such a statement especially since Fletcher knew Fennell was a suspect back during the investigation.

2:30 p.m. – After a lunch break, the state is now cross-examining Dr. Andrew Baker, the defense’s first witness and forensic pathologist in Rodney Reed’s evidentiary hearing. The state is trying to find other reasons for Dr. Baker’s conclusions.

12 p.m. – Dr. Baker disagrees with State testimony about intact sperm with tails remaining in the vagina tract can only be 26 hours. He thinks intact sperm can live longer. This is important because the defense says this shows Stites was with Jimmy Fennell and not Reed.

11:41 a.m. – Dr. Baker shows court graphic images of Stites’ body of example of lividity, when gravity pulls blood down to lowest point of body after death and starts pooling. He says the fixed lividity in her arm area may mean her body was moved after she was killed.

11:26 a.m. – Dr. Baker shows more graphic images of Stites’ body in early decomposition like black lips and skin slippage (i.e. skin peels away easily). The point Dr. Baker is claiming is that Stites was dead a lot longer that the State claims.

11:20 a.m. – The defense calls its first witness: Dr. Andrew Baker, a forensic pathologist. Dr. Baker disagrees with the time of death given by Dr. Roberto Bayardo, forensic pathologist the state used in the original trial. The court was shown video of Stacy Stites' body at the crime scene as part of Baker's explanation.

10:30 a.m. – It was an explosive start on day one of Reed's appeals hearing. It began with opening statements from the defense, which told the courtroom that the State used false evidence and withheld evidence to convict Reed.

The lead defense attorney also said a reasonable jury would not have convicted Reed based on the false evidence the State used.

But the State fired back and said Reed's defense team is changing its story for the fourth time to try to get their client free. The defense plans to present witnesses and forensic evidence that they say will show Stites died earlier than the State has said previously. The defense said this will prove Reed could not have murdered her.

The defense maintains that Jimmy Fennell, Stites' fiancé at the time, is her killer.

In 2019, Reed received a stay of execution, just days before his scheduled execution date. The Texas Court of Criminal Appeals was granted based on possibly concealed information, false testimony and the chance that he is innocent.