One person has been taken into custody after reports of a shooting in a Williamson County neighborhood. 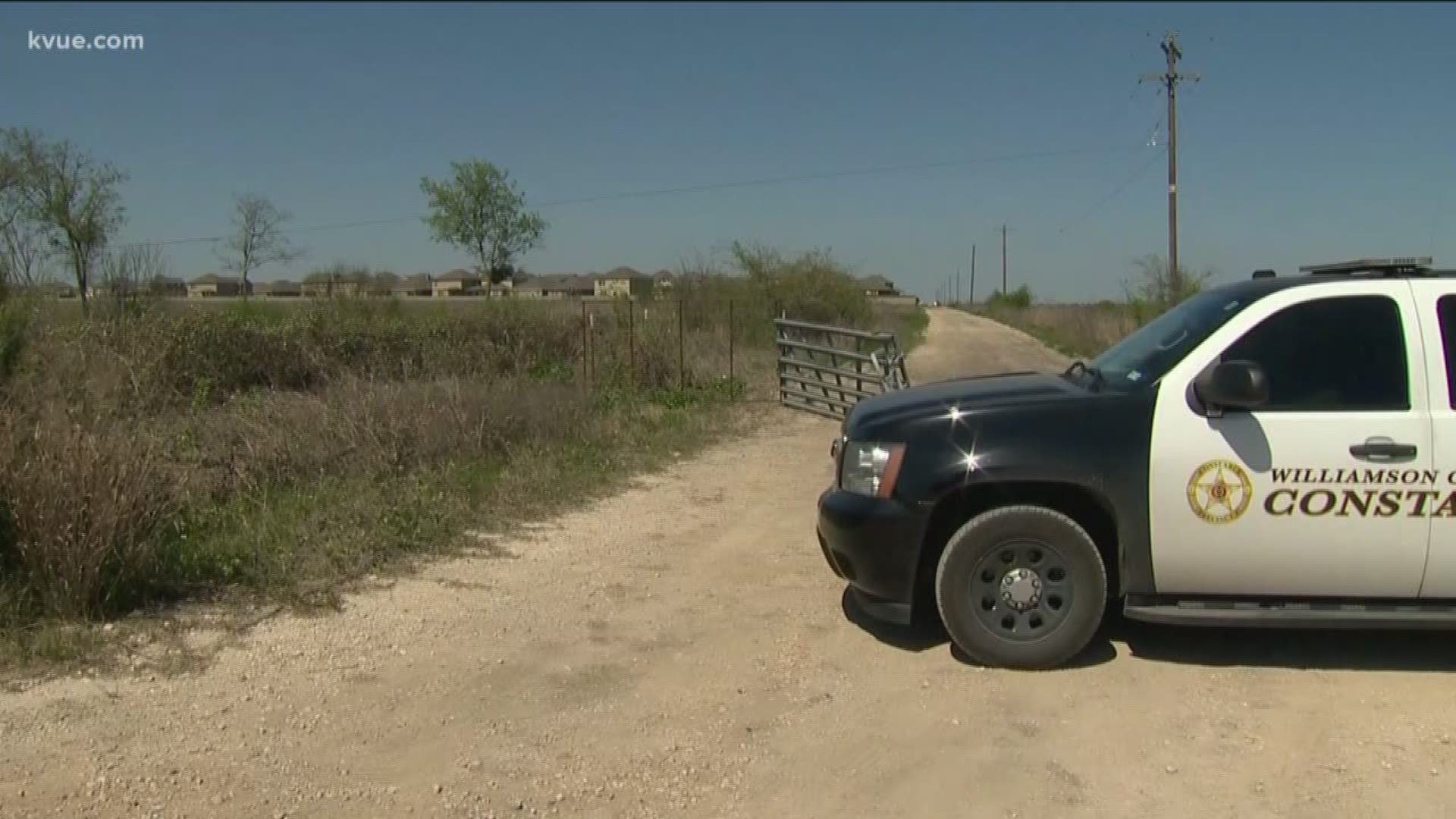 WILLIAMSON COUNTY, Texas — A lockdown has been lifted in a Williamson County neighborhood after reports of a shooting in Santa Rita Ranch near Liberty Hill.

One person, Kevin Lee Meeks, was taken into custody.

Sheriff Chody said in a press conference Tuesday afternoon that Meeks pulled into the driveway of a home. The residents, who did not know Meeks, heard a noise, came outside and asked Meeks what he wanted. Meeks said he did not want to be bothered.

The residents started walking toward Meeks, who fired one shot from what is believed to be a .22 handgun. He missed hitting the residents, who are both okay.

Williamson County deputies and Liberty Hill police officers received the initial call at 12:55 p.m. At first, they thought there were two suspects in the shooting, but they only received descriptions of one.

Meeks was located in a home he broke into on the north side of the neighborhood, where he was arrested.

Officials said Meeks did not have a weapon on him, and that he said he did not have a weapon at all. Sheriff Chody said authorities know that isn't true because they found a .22 shell at the scene. Sheriff Chody believes there is still a possible weapon or a black backpack still in the area. Authorities are currently conducting an article search with K9s, but have been unable to locate the weapon so far.

With the exception of the possible weapon in the area, Sheriff Chody has cleared the scene and said it is now safe.

As of approximately 3 p.m. Wednesday, deputies had still not located a gun.

All Liberty Hill ISD campuses were placed on a temporary soft lockdown as a precautionary measure during the search for Meeks. That means all indoor activities continued as normal but outdoor activities were suspended.

That lockdown has now been lifted. The school district sent the following statement to parents around 3:20 p.m.:

"We have received clearance to resume normal school activities at all campuses. Normal transportation operation for all elementary schools will resume at this time. The Liberty Hill Intermediate School, Junior High School, and High School campuses will also resume regular release operation.

If your student is a bus rider, please anticipate possible delays."

Santa Rita Ranch is located near Highway 29 between US 183 and Ronald Reagan Boulevard.