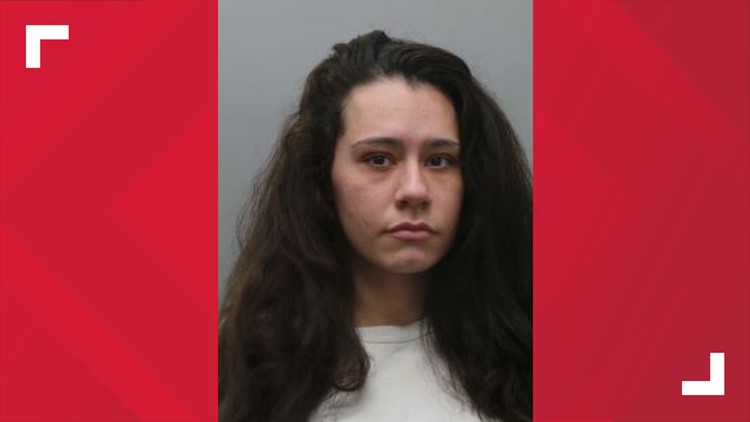 Photo by: St. Ann Police Department
Anastasia Trinidad, 24, was charged with one count of endangering the welfare of a child in connection with the July 25 incident.

Police: Woman left 5-year-old in car while overdosing on fentanyl in 7-Eleven bathroom

ST ANN, Mo. — A woman is facing charges after police said she left a 5-year-old alone in the car to use and overdose on fentanyl in a 7-Eleven bathroom.

Anastasia Trinidad, 24, was charged with one count of endangering the welfare of a child in connection with the July 25 incident.

In charging documents, police said they were called to the store for an overdose. When police arrived, they found Trinidad unconscious in the bathroom.

Officers administered Narcan to revive her. When she woke back up, she told police she used fentanyl, charging documents said.

Police also found a 5-year-old child alone in her car in the parking lot. They also found suspected fentanyl in the car with the child.

RELATED: 4 men arrested after driving stolen truck onto levee in St. Charles Co. to get away from police

RELATED: Check out the miniature cattle at Grant's Farm