Police said a driver involved in the crash fled the scene and was eventually taken into custody. 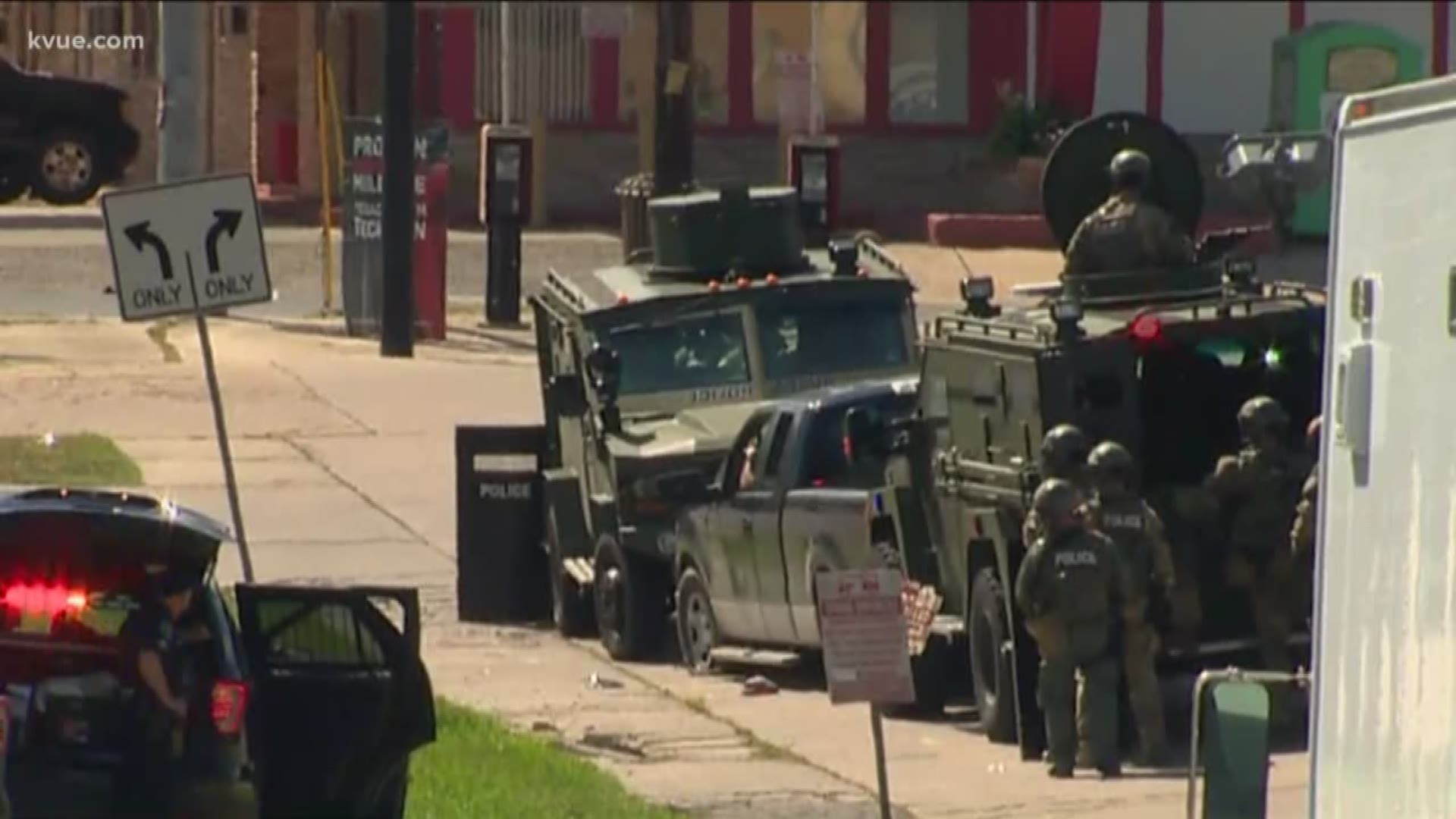 AUSTIN, Texas — One man is in custody after a brief chase led to a SWAT callout on South Congress Avenue Sunday evening.

Police identified the driver that led to the incident as 36-year-old Nathan Barrera and charged him with failure to stop and render aid, evading in a vehicle and unlawful possession of a firearm by a felon.

When officers attempted to make contact with Barrera, who was the driver, police said he began reaching around the vehicle and making comments about weapons. As a result, officers backed off and secured the area.

Barrera then refused to get out of the vehicle and police said SWAT was then called to the scene.

According to police, SWAT deployed two armored rescue vehicles to block in Barrera's vehicle and deployed chemical irritants inside the vehicle to drive Barrera out of the vehicle.

Eventually, police said Barrera exited the vehicle after two hours of negotiating and he was taken into custody.

Officials said one weapon was found inside his vehicle. Barrera was found to be wanted under multiple felony warrants.

Police said they believe the victims in the crash sustained minor injuries.

The area was reopened to traffic before 5 p.m.

Bus routes 1 and 801 were detoured to South First Street, between Radam and Stassney, Capital Metro said.