One man suffered critical injuries and a woman had serious injuries, according to Austin-Travis County EMS. 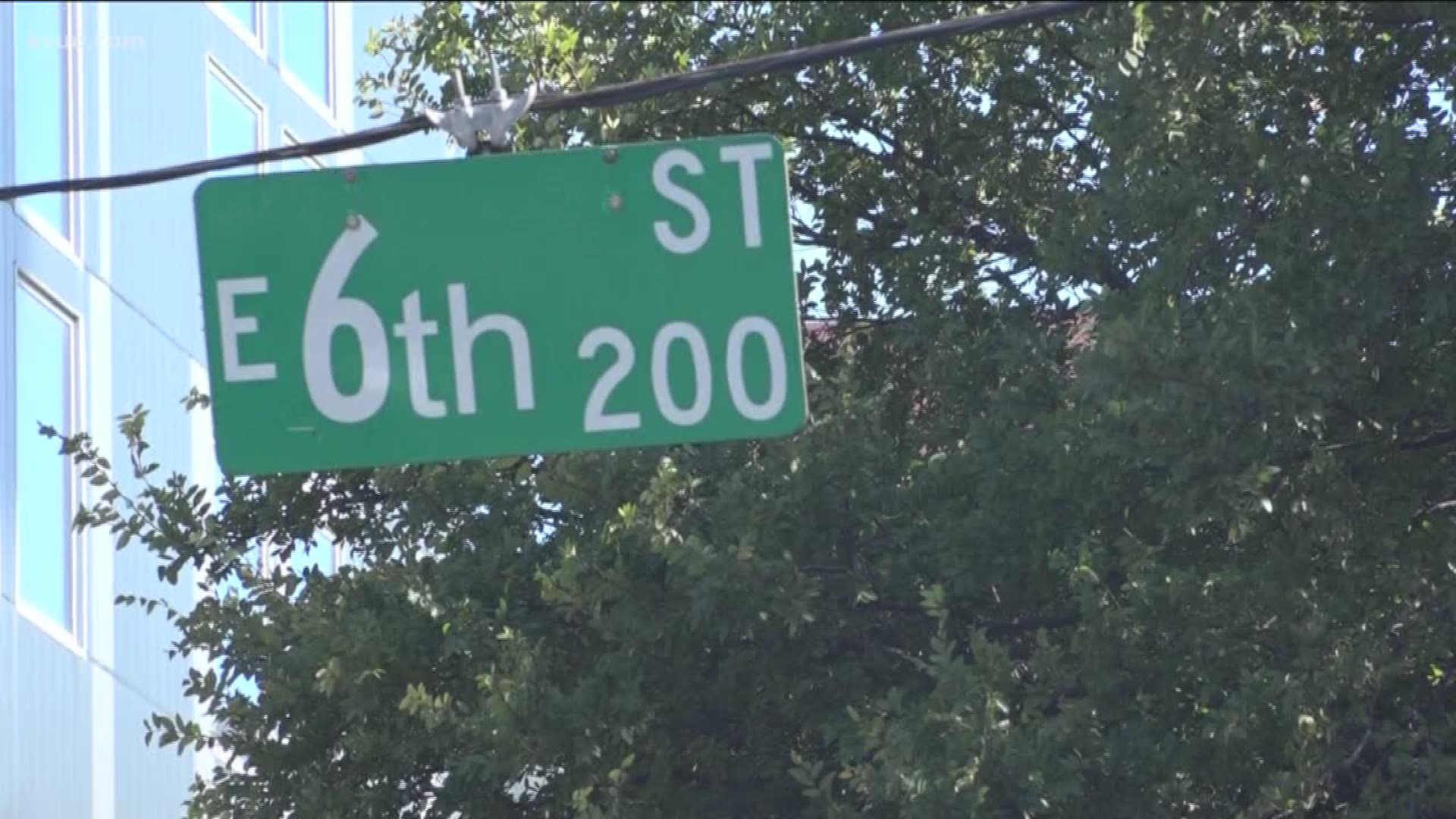 Two people are in the hospital, one critically injured, after a shooting on Sixth Street near San Jacinto.

On Monday, police gave a description of a possible suspect. According to police, the suspect is a thin man with dreadlocks, but the information is preliminary and officers are looking through surveillance video to verify the information.

Police said in a press conference the woman that was shot has been released from the hospital, but the other victim remains in care with serious, non-life threatening injuries.

According to police, it is unknown if there is any relation between the victims and the suspect.

The shooting happened near the Terminal 6 Bar around 2 a.m. on Sunday. Last August, there was a deadly shooting outside the same bar.

KVUE received footage from a viewer later Sunday afternoon who said he witnessed the shooting, which Austin-Travis County EMS said left one man with critical injuries and a woman with serious injuries.

At this time, police are not releasing further information surrounding the shooting, but they told KVUE the victims are expected to be OK.

The Austin Police Association president, Ken Casaday, was on patrol that night.

"I was standing with a group of about eight officers about 25 yards away from where the shooting happened," said Casaday.

He also said this scene is becoming more common.

"There's always been a lot of fights down there, but just the gunplay has gotten a lot worse over the last year, and last night was no different," said Casaday.

When it's busy on Sixth Street, usually a big section will be blocked off so people can safely walk around. Sometimes a crowd fills the street with bargoers. Casaday said the crowds that got close to the area where the two people were hurt became an issue.

"We probably had between 60 and 100 police officers just down in that Sixth Street area … just because of that one crime trying to contain the crowd that formed and became unruly," said Casaday.

On a typical, busy night, Casaday said there are usually about 30 to 40 officers on Sixth Street when it's busy. He also said that part of town could use more.

“You could always use more, I think, stronger enforcement," said Casaday. “Not only has the demand grown down there, but it's growing on Rainey Street and West Sixth Street and the Fourth Street entertainment district."