The suspect is accused of robbing a bank inside the Walmart and two Metro PCS stores. 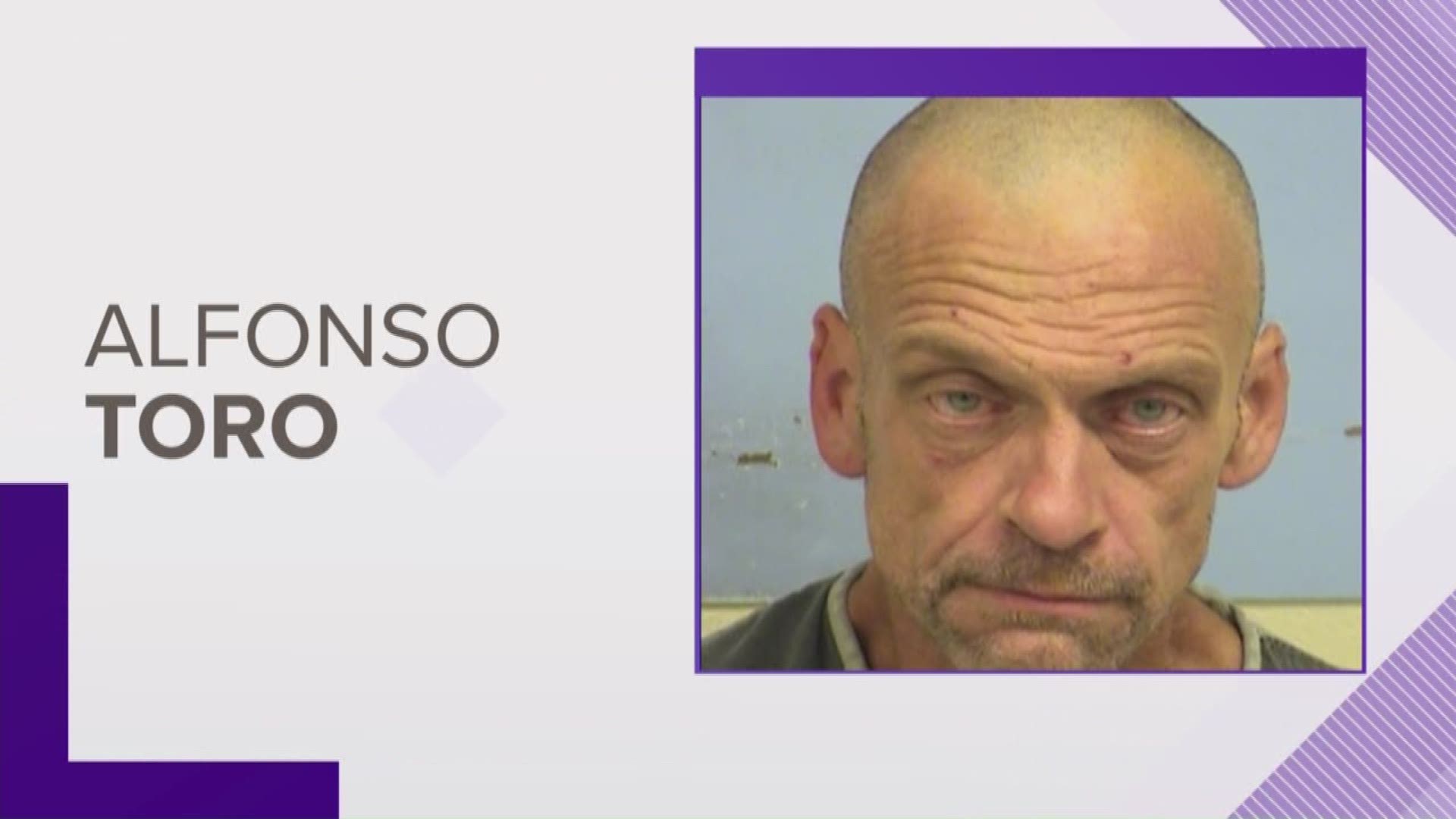 AUSTIN, Texas — Police have arrested the suspect in multiple robberies that have happened in North Austin.

Alfonso Toro, 52, is accused of robbing a bank inside a Walmart and two Metro PCS stores. He was booked on June 13 and has a bond set at more than $100,000, according to online records.

Police identified items that were stolen from the Metro PCS store being sold online after they were purchased at a kiosk located at a Walmart.

Michael August Mannings Underhill, 19, was identified on camera at an ecoATM, a service that purchases certain used property in a standalone kiosk, selling the items stolen from Metro PCS.

Underhill was arrested by Austin police for charges stemming from the sale of stolen property.

Underhill told police that he sold the property for Toro, but claimed he had just met Toro and did not know his name at the time.

On June 9, 2019, Austin police were given an anonymous tip online and were able to come across Toro on social media, where police were able to match photos of the man to surveillance video of the suspect in the robberies.

The robberies happened at Metro PCS at 11139 North Interstate Highway 35 on May 29, the Woodforest National Bank inside the Walmart at 1030 Norwood Park Blvd. on June 1. On June 8, another robbery of a Metro PCS store located at 10805 Lamar Blvd. happened.

During the Walmart robbery, police said a man believed to be Toro displayed a weapon and fled from the store on a bicycle with an undisclosed amount of money. He left behind his ballcap as he left the scene.

In the second Metro PCS robbery, police said the suspect took cash and phones from the store before tying up a store employee. That employee said that after she called police, she realized her car had been stolen as well.

The suspect allegedly took out a handgun during all of the robberies.