The 42-year-old suspect allegedly grabbed the child at an apartment complex on the north side. She was able to get away. 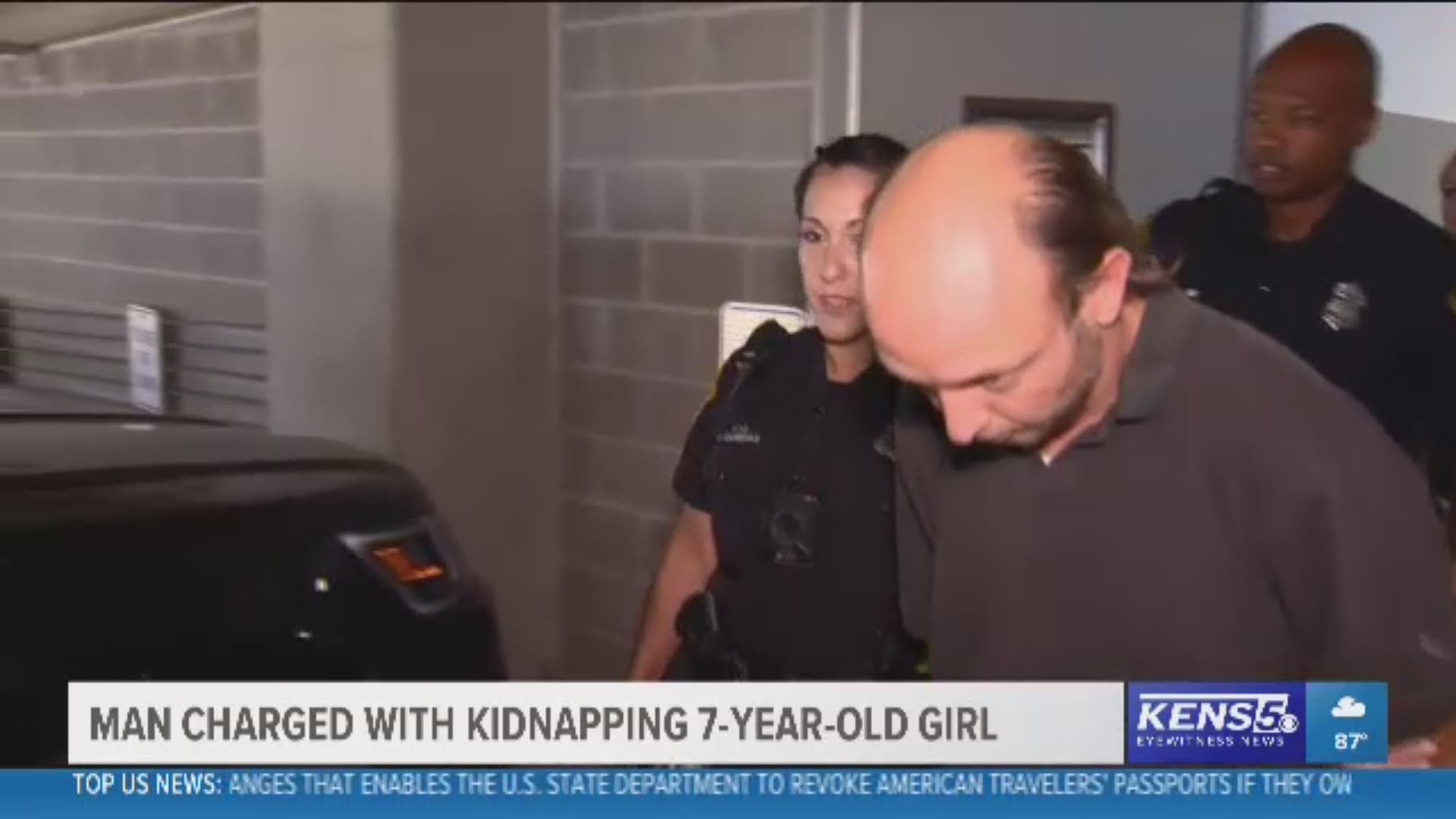 SAN ANTONIO — A 42-year-old man will face a felony kidnapping charge after police said he tried to steal a seven-year-old girl at an apartment complex last week.

On Wednesday, police arrested 42-year-old Jack Steele. San Antonio Police Department Sgt. Michelle Ramos said he was caught on surveillance video and the department received many tips from the public about the suspect's identity.

The child's father told KENS 5 that his seven-year-old daughter took their dog outside at the Emerald Village Apartments around 8:00 p.m. last Thursday. Shortly after, the suspect grabbed her and put her in his car.

According to the father, the child was able to open the back door and jump out of the car as it stopped at the apartment complex gate.

Police confirmed the girl is safe following the incident. Ramos said she helped the investigation by providing some information.

Steele was arrested at his apartment complex near 410 and Nacogdoches. One of his neighbors, who wanted to remain anonymous, claimed Steele tried to talk her daughter into going into his apartment, and, in a separate incident, was looking through their window. She said she did not call police, but alerted other neighbors and parents.

"The fear is still there, because never do you expect that someone like that lives close to you," the neighbor said.

She also said she turned the suspect in after seeing surveillance photos on KENS 5.

Steele was arrested without incident at his residence near Nacogdoches and 410, police said. He has a prior criminal history that includes multiple DWI arrests.

According to Sgt. Ramos, Steele was loitering in the apartment complex for about an hour before the kidnapping incident. Ramos reminded the public to call police if you notice something suspicious in your neighborhood. You can remain anonymous.

Affidavit: Homeless woman allegedly drowned dog of man she was staying with