One witness told police she saw him leaving the home smiling while holding a knife and saying that he killed his sister. 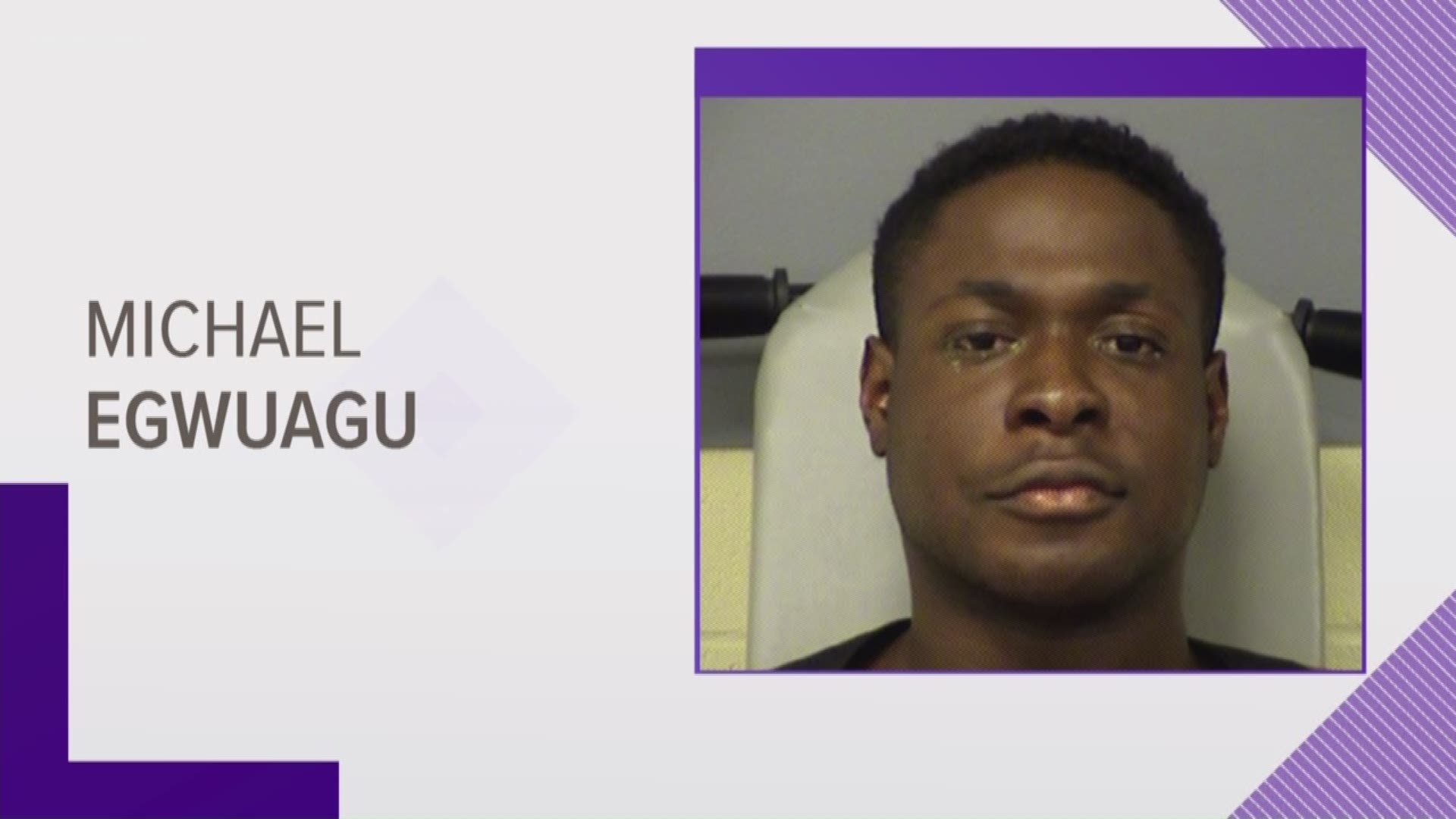 PFLUGERVILLE, Texas — The 25-year-old man arrested and charged for allegedly stabbing and killing his pregnant sister was "having a crisis," according to an arrest affidavit obtained by KVUE.

Police said Michael Egwuagu was taken into custody by police the night of the alleged crime. According to 247Sports, Egwuagu was a football player at the University of Texas at San Antonio. He committed in August 2012 and was part of the Class of 2013.

Travis County spokeswoman Kristen Dark said in a press conference that EMS, fire and TCSO officials responded to a 911 call of reports of a woman who had been stabbed on Dec. 27 at around 5 p.m.

Officials responded to the 16000 block of Vescovo Lane and found Egwuagu's sister – 32-year-old Jennifer Chioma Ebichi – with multiple stab wounds on the kitchen floor of the residence.

According to the affidavit, Ebichi texted her twin brother around 5:30 a.m. that day and told him that Egwuagu was "having a crisis." The twin brother then reportedly called Egwuagu to calm him down, but said Egwuagu made "several strange statements."

Around 4:10 p.m., Ebichi asked her twin brother to go to her house because Egwuagu said he needed him.

When the twin brother arrived at her house, he found Ebichi's oldest child outside covered in blood, standing next to a church member. He then reportedly found his sister dead inside on the kitchen floor in a large pool of blood.

The affidavit said the twin bother found Egwuagu on the street kneeling down as though he was praying.

The church member reportedly told police she received a text from Ebichi asking her to go over. When she arrived, she heard Ebichi and her children screaming and Egwuagu yelling inside the house, according to the affidavit.

First responders tried to make efforts to save her life, but those attempts were not successful, Dark said.

Dark said at the Dec. 27 press conference it had been reported to TCSO that the woman was pregnant, but that confirmation was pending an autopsy. On Dec. 29, the sheriff's office said autopsy results confirmed Ebichi was in her first trimester of pregnancy.

Egwuagu has been charged with murder. He is currently in the Travis County Jail with a bond set at $500,000.