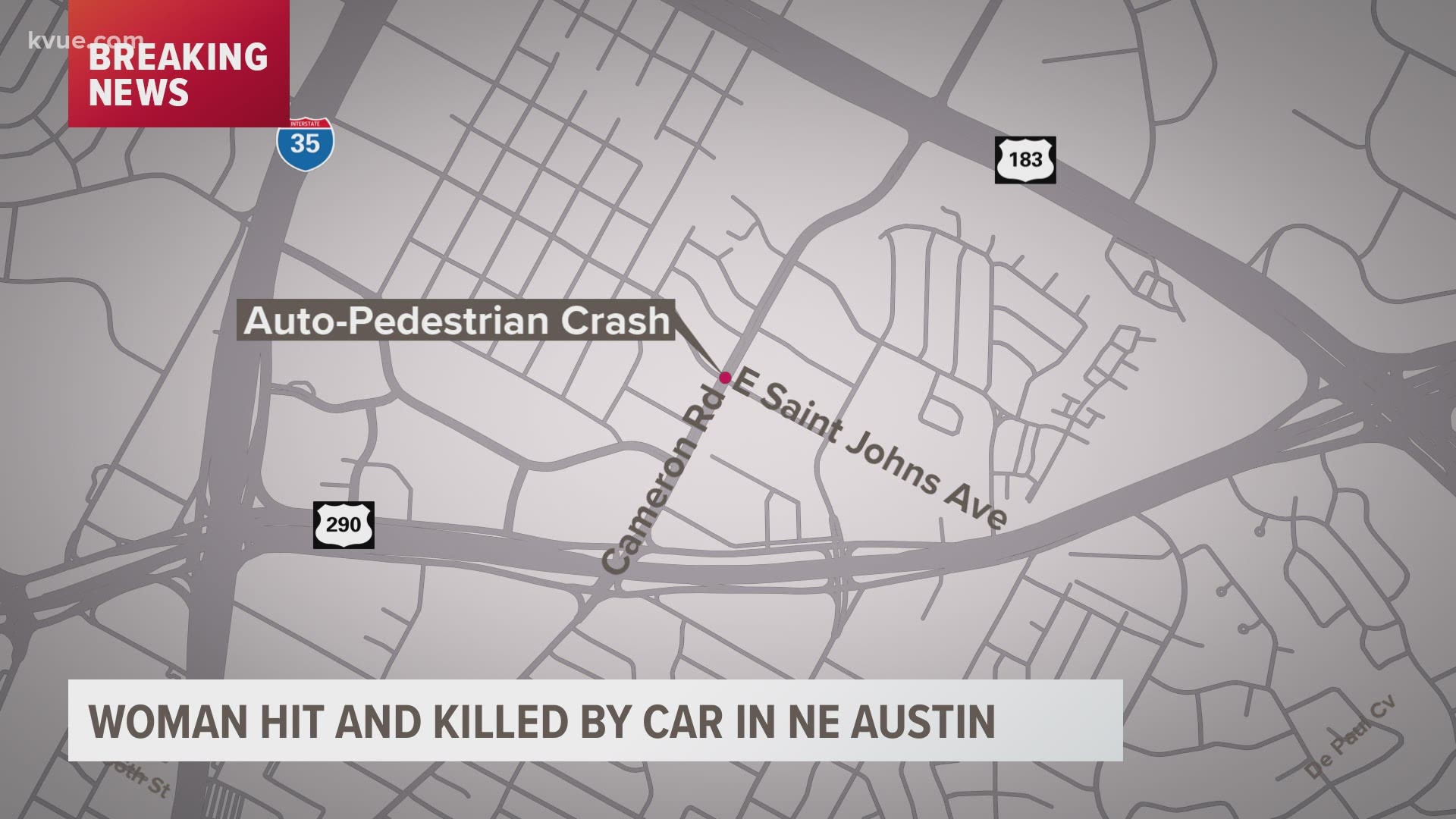 AUSTIN, Texas — The Austin Police Department is looking for the driver who hit and killed someone with their car in northeast Austin Thursday night before driving off.

Police said the victim was struck by a white 2015 Ford Fiesta in the 7200 block of Cameron Road, near St. Johns Avenue, around 9:40 p.m. on Thursday, March 4. The driver then fled the scene.

The victim was pronounced dead at the scene by Austin-Travis County EMS medics. On March 10, she was identified as Cynthia Maria Leonard, 46.

APD said Friday that it was probable that the victim, a woman, fell into the road before she was hit and the driver continued down the road. Police were able to find the car, but they are still looking for the driver.

Anyone with information regarding this case is asked to call APD’s Vehicular Homicide Unit Detectives at 512-974-4278 or the Crime Stoppers tip line at 512-472-8477 (TIPS) or use the Crime Stoppers app. You may remain anonymous, and information leading to an arrest may be eligible for a reward of up to $1,000.

This is Austin’s 20th fatal traffic crash of 2021, resulting in 22 fatalities for the year, according to APD. On March 4, 2020, there had been 20 fatal crashes resulting in 21 fatalities.

What to know: COTA gearing up for a second weekend of mass vaccinations