The Georgia Bureau of Investigation arrested and charged the father and son Thursday on murder and aggravated assault charges in Ahmaud Arbery's shooting death. 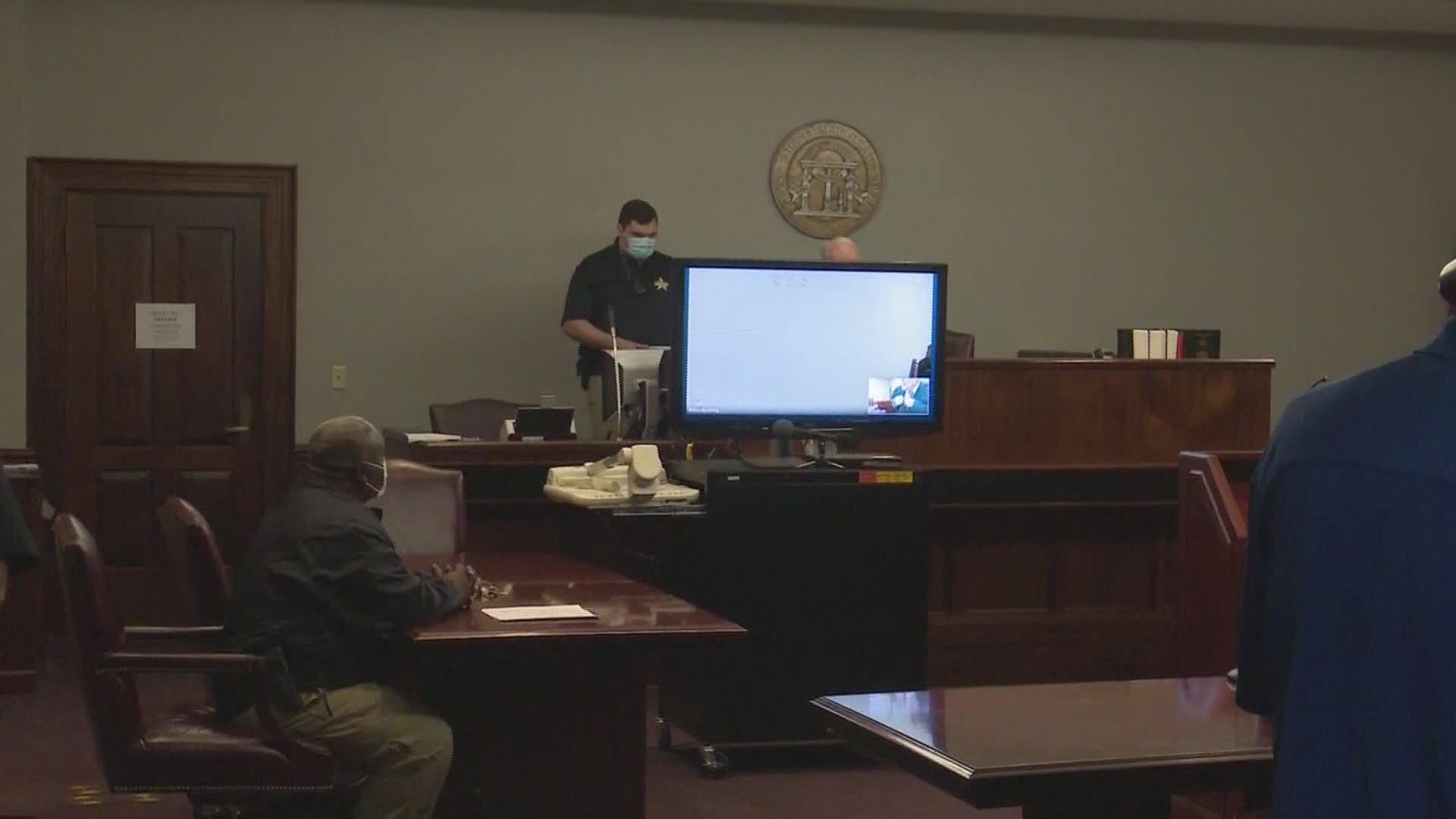 GLYNN COUNTY, Ga. — The father and son accused of murder in the shooting death of Ahmaud Arbery faced a judge for the first time Friday from inside the Glynn County jail.

A judge did not set bond for either man on charges of aggravated assault and felony murder for 64-year-old Gregory McMichael and 34-year-old Travis McMichael. Bond would have to be set in superior court, the judge said. Both men were read their rights.

The first appearance for the McMichaels took place at 2 p.m. via video stream. The Georgia Bureau of Investigation arrested the pair Thursday evening.

In a news conference Friday, GBI director Vic Reynolds provided a timeline of the agency's investigation and confirmed that a video that surfaced this week is a key piece of evidence in the case.

According to a police report, McMichael and his son Travis, age 34, pursued Arbery. During a confrontation caught on video, Travis McMichael's gun can be heard firing three times. Arbery died at the scene.

You can watch the first appearance here.

Reynolds said it took only 36 hours after being requested to investigate Arbery's death to find probable cause to arrest the McMichaels.

The GBI says this case is still active and despite the two arrests, agents will remain in the community "to go where the facts take them." Reynolds confirmed the agency is investigating the person who shot the video that leaked this week and said that if the facts lead them to make another arrest then they will do so.

Arbery's death was recorded by a neighbor, and that video released to the public by an attorney Tuesday. The video sparked a nationwide call for action across social media and in the Southeast Georgia community.

Tom Durden said he would have a Grand Jury review the case, and asked the Georgia Bureau of Investigation to step in.