In these cases, suspects are charged with aggravated assault – a felony that can carry up to 20 years in prison – instead of reckless driving. 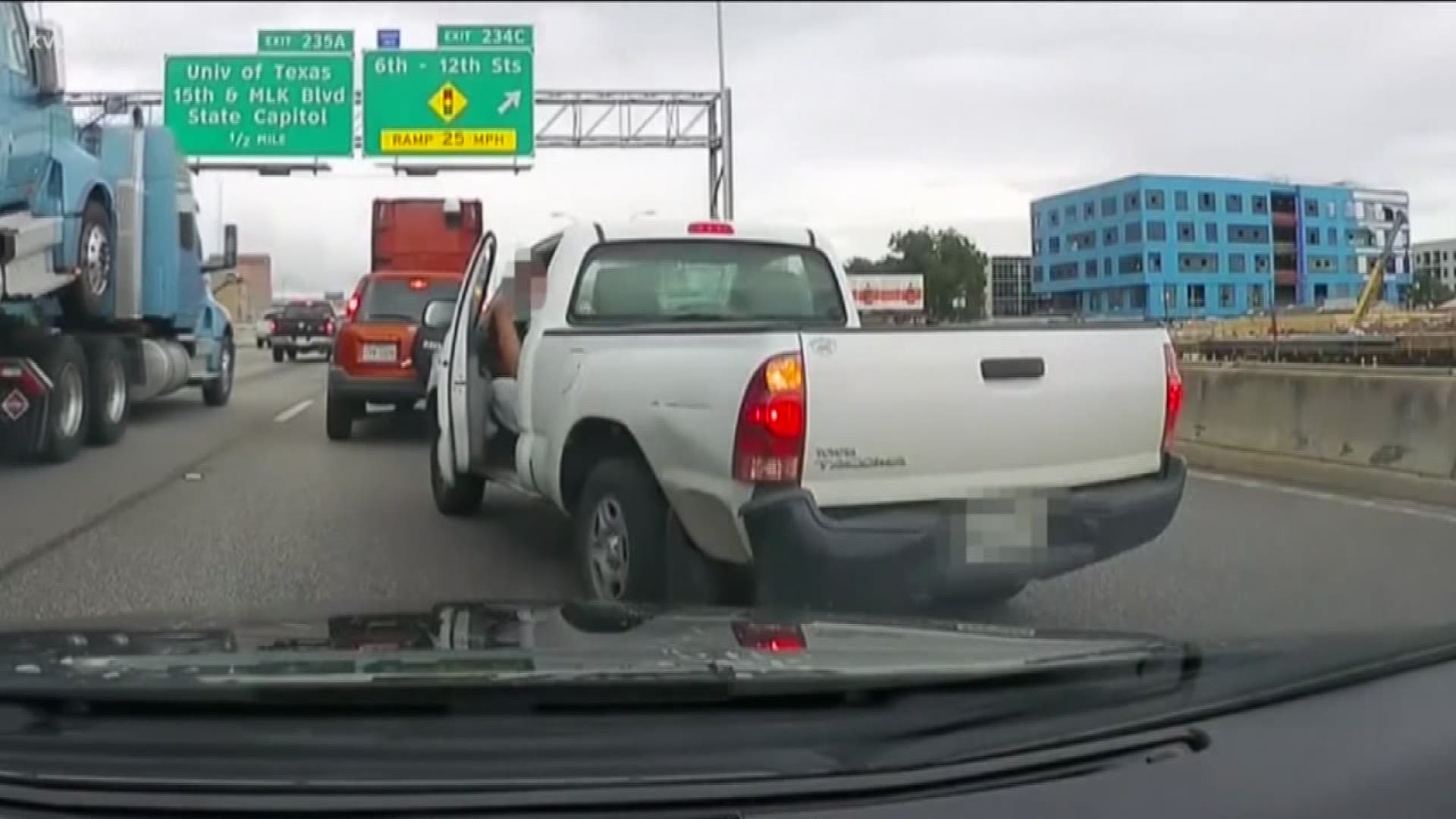 AUSTIN, Texas — The above video is from May 9.

The Austin Police Department is bringing attention to what it considers a public safety issue concerning drivers.

Since January 2019, there have been at least 45 road rage incidents on Austin roads involving aggravated assault. Out of those 45 incidents, police have made nine arrests, according to Detective Robert Snider.

"Forty-five is a lot. It's, really, 45 too many," Det. Snider, who works for APD's Aggravated Assault Unit, said at a press conference Wednesday afternoon.

Most of those incidents have involved guns.

"You can't pull a gun on people for cutting you off, for brake-checking you, for giving you an unkind gesture on the road," Det. Snider said.

In these cases, suspects are charged with aggravated assault – a felony that can carry up to 20 years in prison – instead of reckless driving.

"We have people who have been shot in these incidents. And we need their families to get home safe, nobody to get hurt. People's fathers, mothers, brothers, sisters," Det. Snider said.

According to police, arresting a suspect and solving these cases isn't easy without license plate numbers and vehicle and suspect descriptions.

"Don't put yourself in jeopardy to get that information. But those are things that really help out in these investigations," Det. Snider said.

The discrepancy between the number of road rage incidents and arrests is due to several factors, Det. Snider said, including victims who don't want to move forward with their cases and detectives running out of leads. The cases aren't closed but instead are suspended until new information becomes available.

"Guns aren't warranted in any of those situations, nor is taking your vehicle and trying to run into the other person," Det. Snider said.

Here are APD's recommendations if you are the victim of a violent encounter on the road: