Six months after he abducted a child off a Fort Worth street, Michael Webb has been sentenced to life in prison. 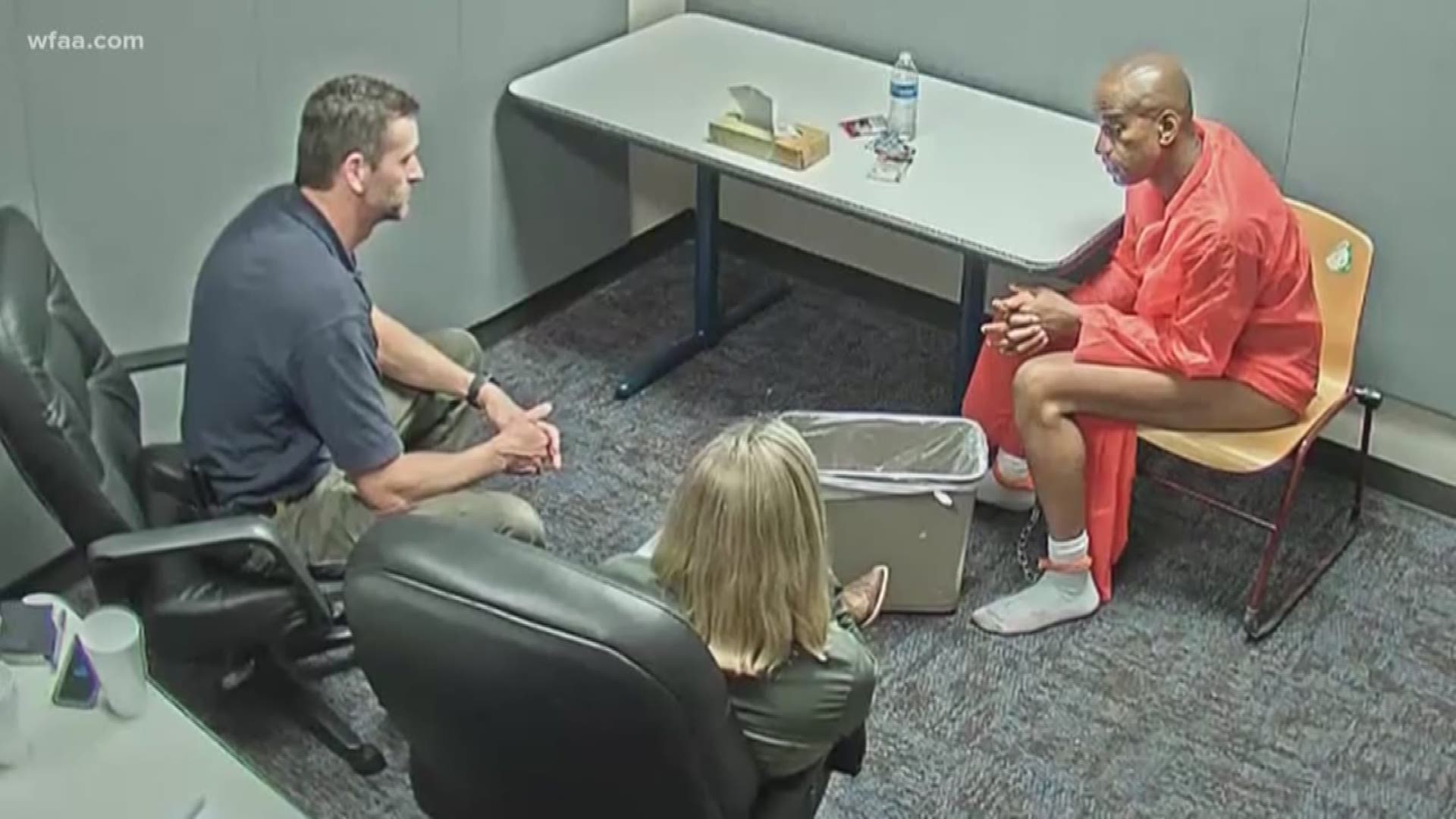 Michael Webb was sentenced to life Thursday for the kidnapping of an 8-year-old girl as she walked with her mother in a Fort Worth neighborhood.

A federal jury found Webb, 51, guilty of the kidnapping during a two-day trial in September. More than one month later, a judge sentenced him to life in prison.

“We believe that justice has been served in this case, and we are thankful for and agree with the judge’s decision to sentence him to life in prison," said U.S. Attorney Nealy Cox in a statement Thursday. "My hope is that this family and this community will find solace in knowing that he will never be able to harm another little child again."

RELATED: 'She's one of the bravest people I ever met': Fort Worth police officers recall harrowing rescue of kidnapped 8-year-old girl

Police arrested Webb after he was found in a motel room with the child more than eight hours after she was abducted on May 18.

During the trial, the victim's mother took the stand and described the moment Webb first approached them in a car as they walked down a street in the Ryan Place neighborhood of Fort Worth.

The mother told jurors that Webb yelled out, "Come holler at me," to which she replied "no thanks." She said he then drove away but came back around and parked his car, getting out and confronting them again.

RELATED: Michael Webb indicted in kidnapping of 8-year-old girl in Fort Worth

In his recorded video with the FBI, Webb said the mother had positioned her body in front of her daughter.

"That's a mother's instincts," he said.

Another clip showed Webb talking about threatening the girl once he took her.

"What did you say to scare her, Michael?" an officer asked.

"I told her if she said anything, that I would do something to her parents, and if I was in jail, I would have my friends to do it," he responded in the video.

The U.S. Attorney's office also released a photo from inside the hotel room where the girl was found with Webb, but out of sensitivity for the victim and her family, WFAA is not publishing it.

"We feel she represents a bravery and a courage and a strength that’s incomprehensible when you’re thinking about an 8-year-old," Cox said. "And the family, too. We were just marveled at how strong they were."

The mother said she attempted to fight off Webb, and jumped into his car when he grabbed her daughter. But Webb, she said, pushed her out and drove away with her child still inside the car.

A tip led police to a Forest Hill hotel, where an officer talked with Webb. The sergeant said he looked around the room but didn't see any sign of the child.

A second tip made by a Good Samaritan who spotted a car in the hotel parking lot that matched the one involved in the abduction led to another search of Webb's room, where the child was found hidden in a laundry basket.

RELATED: Forest Hill sergeant fired for his handling of kidnapping case wants his job back

Webb was charged with federal kidnapping because he used Google maps on his cellphone to navigate to the extended-stay hotel.

Webb could've faced as little as 20 years in prison for his crime, but received the maximum sentence and is not eligible for parole.

“A dangerous predator is spending the rest of his life behind bars because law enforcement and citizen volunteers worked tirelessly to safely bring the victim home," said FBI Special Agent in Charge Matthew J. DeSarno, of the Dallas Field Office.

When we asked the Tarrant County District Attorney if they were still pursuing their own case against Webb, the office had no comment.

Lauren Zakalik contributed to this report.

RELATED: Michael Webb waives his right to be present at federal kidnapping trial