The shooting is the biggest mass casualty incident on Sixth Street since a driver plowed through a crowd during the 2014 South by Southwest Festival. 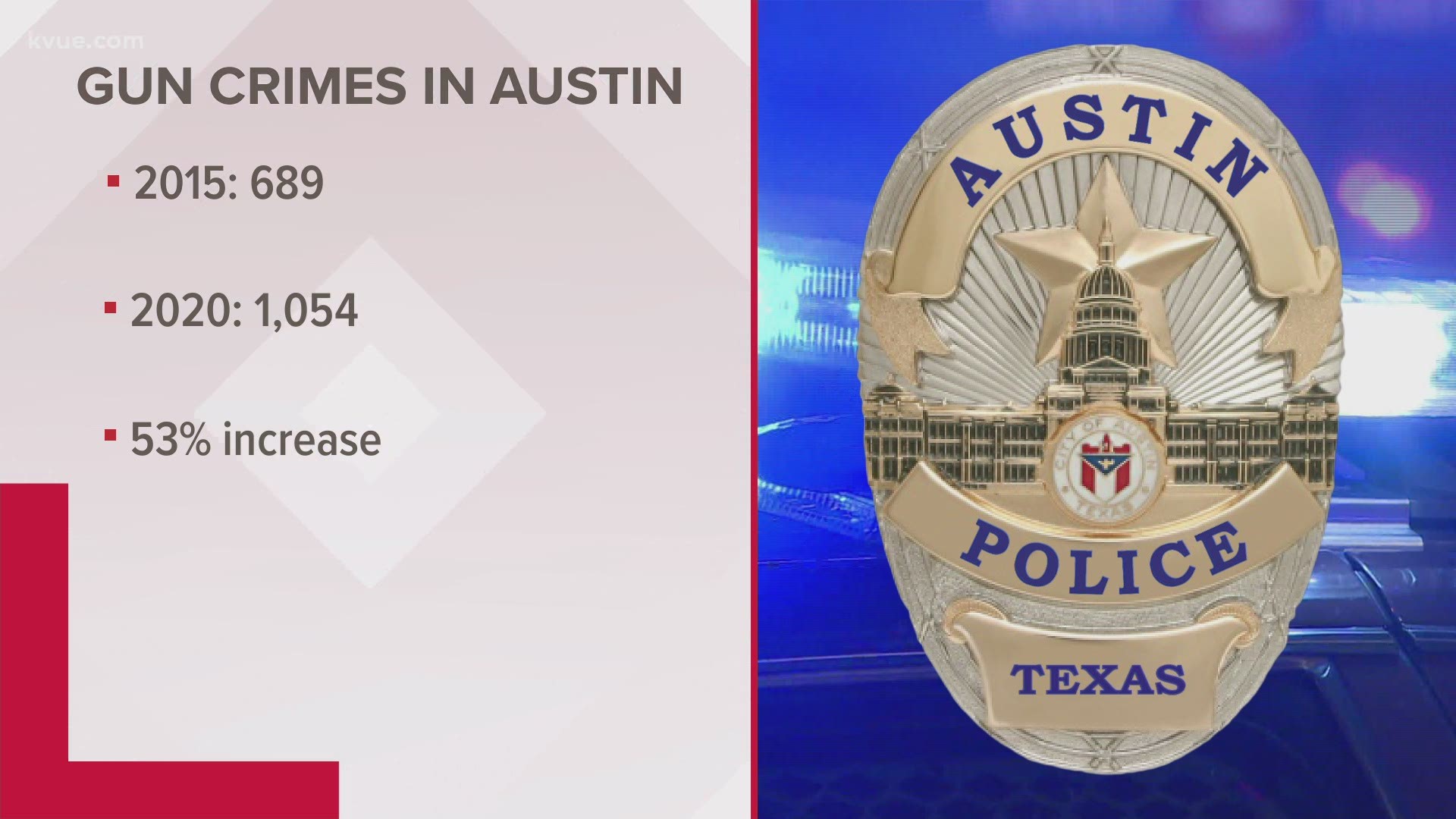 AUSTIN, Texas — The mass shooting on Sixth Street has renewed the conversation about safety in the entertainment district in Downtown Austin.

The mass shooting early Saturday is the biggest mass casualty incident that Austin has seen on Sixth Street since a driver plowed through a crowd during the South by Southwest Music Festival in 2014, according to KVUE and American-Statesman’s Tony Plohetski.

During that incident, four people died, and 20 others were injured when a man drove through a barrier and into a crowd of people.

Then in 2016, there was another shooting on Sixth Street that killed one and injured four others.

In regard to gun violence, it has been rising since 2015 when there were 689 incidents reported compared to more than 1,000 in 2020, according to the Austin Police Department.

Officials, including the DA and County attorney, recently put new programs in place to address this rise in gun violence, including a requirement that people charged with certain crimes surrender their guns as a condition of their bond release.

Just in May, the Austin City Council passed a resolution to intensify the efforts on gun violence prevention programs.

The Austin Police Association attributes the rise in gun violence as part of an increase in crime stemming from a personnel shortage with APD.

APD Senior Det. Joe Swann, who serves as treasurer for the Austin Police Association, said the department is short 200 officers right now. He attributes that staffing shortage to budgeting and funding being allocated away from APD.

“With the cadet classes not being held for over a year, that creates a huge gap,” Swann said. “So the chief was forced into a situation where he had to eliminate a lot of specialized units. And those units, they target repeat offenders, violent offenders.”

He explained that those units lead to proactive policing, which is not being prioritized right now.

Swann said it could take years to build APD’s staffing numbers back up.

'Just stop the bleeding': The first-aid training officers used to save lives in Austin's mass shooting

“Someone calls, No. 1, they want to have an officer respond in a timely manner to deal with it. Last night was a prime example,” Swann said. “Of that, fortunately, we were able to save some lives. Our officers are top-notch. They didn't hesitate.”

Crimes involving multiple victims in Austin still have been relatively rare, but several cases have been particularly violent.

About 55 years ago, on Aug. 1, 1966, gunman Charles Whitman opened fire from the observation deck of the University of Texas Tower.

Over the next 96 minutes, he shot and killed 15 people, including an unborn child and one final victim who died from his injuries in 2001. Whitman also injured 31 others.

The incident ended when a policeman and a civilian reached Whitman and shot him dead. At the time, the attack was the deadliest mass shooting by a lone gunman in U.S. history.

RELATED: Why is the FBI withholding DNA evidence in Austin’s 1991 yogurt shop murders?

In December 1991, the city was stunned by the murders of four teenage girls who died in a yogurt shop in North Austin. Two people were convicted of the murders, but later were released from prison when an appeals court overturned their guilty verdicts. The cases have not been re-tried.

There have been several shooting incidents in the downtown entertainment district over the past several years, but none that affected as many people as Saturday morning's violence.