The incident happened in August on Ben White Boulevard, killing a 40-year-old man. 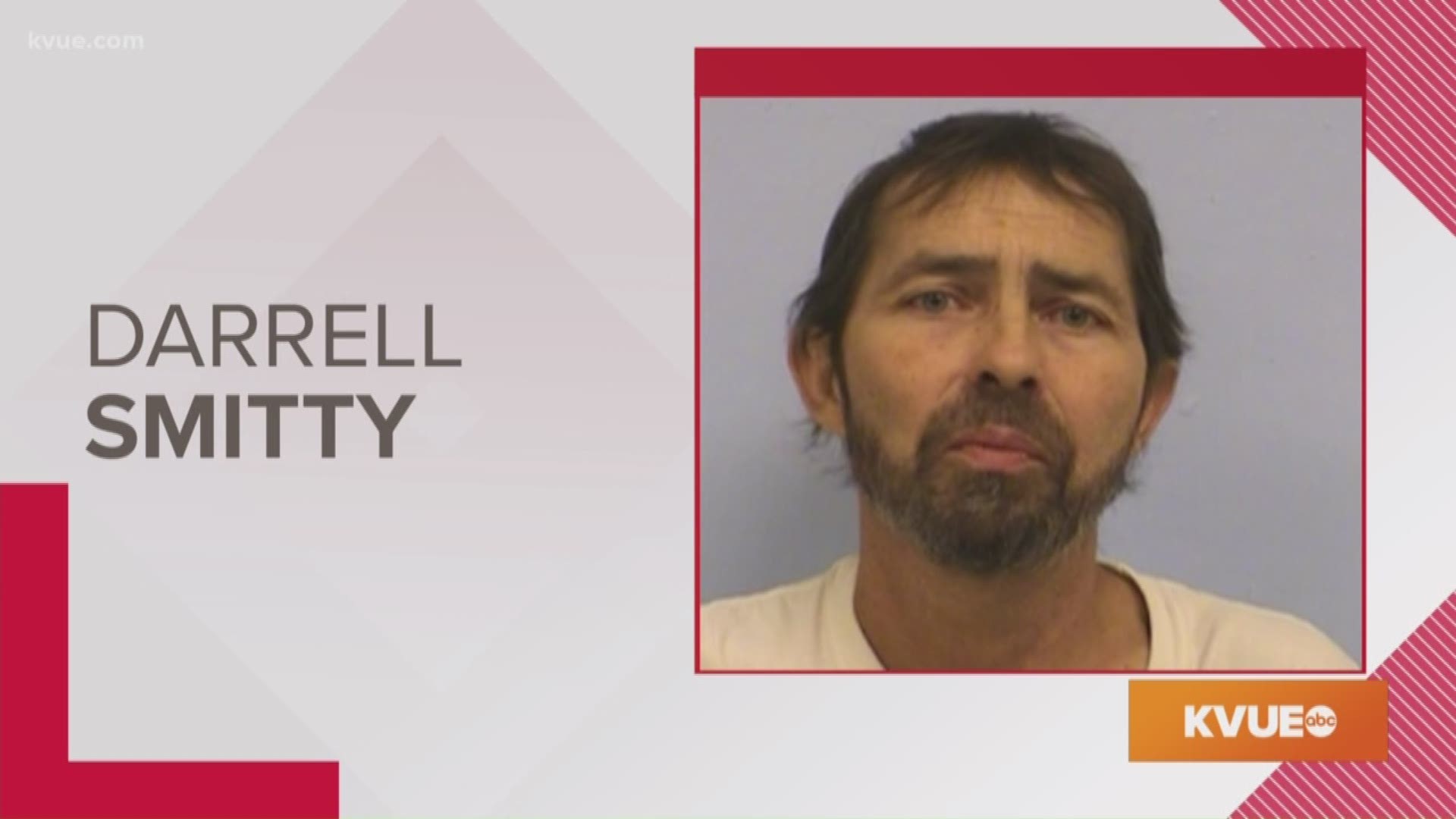 AUSTIN, Texas — A Hutto man has been sentenced to 20 years in prison after his involvement in a 2018 hit-and-run crash that killed a 40-year-old man.

Darrell Shane Smitty, 53, in a plea deal pled guilty to intoxication manslaughter and failing to stop and render ain in connection to the death of Ernesto Garcia.

Garcia was walking toward a bus stop on Ben White Boulevard and South First Street on August 1, 2018. While passengers were getting on the bus, witnesses said a pickup truck drove around the bus, onto the sidewalk and struck Garcia. The truck came to a stop after crashing into a trash can.

RELATED: Hit-and-run suspect, who allegedly looked at victim before leaving, indicted for murder

Capital Metro video shows Smitty getting out of the truck and then walking over to Garcia. He then returns to his truck and flees the scene.

Officials said Smitty went to Dell Seton Medical Center at the University of Texas to seek medical attention on that same day. Austin police investigators were able to track him down at the hospital and arrested him the following morning.

"This case serves as a tragic reminder that everyone has a responsibility for each other’s safety on the roads of our community and that everyone has a legal duty to remain at the scene of a collision," Travis County District Assistant District Attorney Matthew Foye, prosecutor, said. "If you do not remain, you can and will face an additional criminal charge for leaving.”