Officials said the man was selling rosaries at a booth next to the boy's family's. He allegedly pulled the boy into a stall when he went to the restroom. 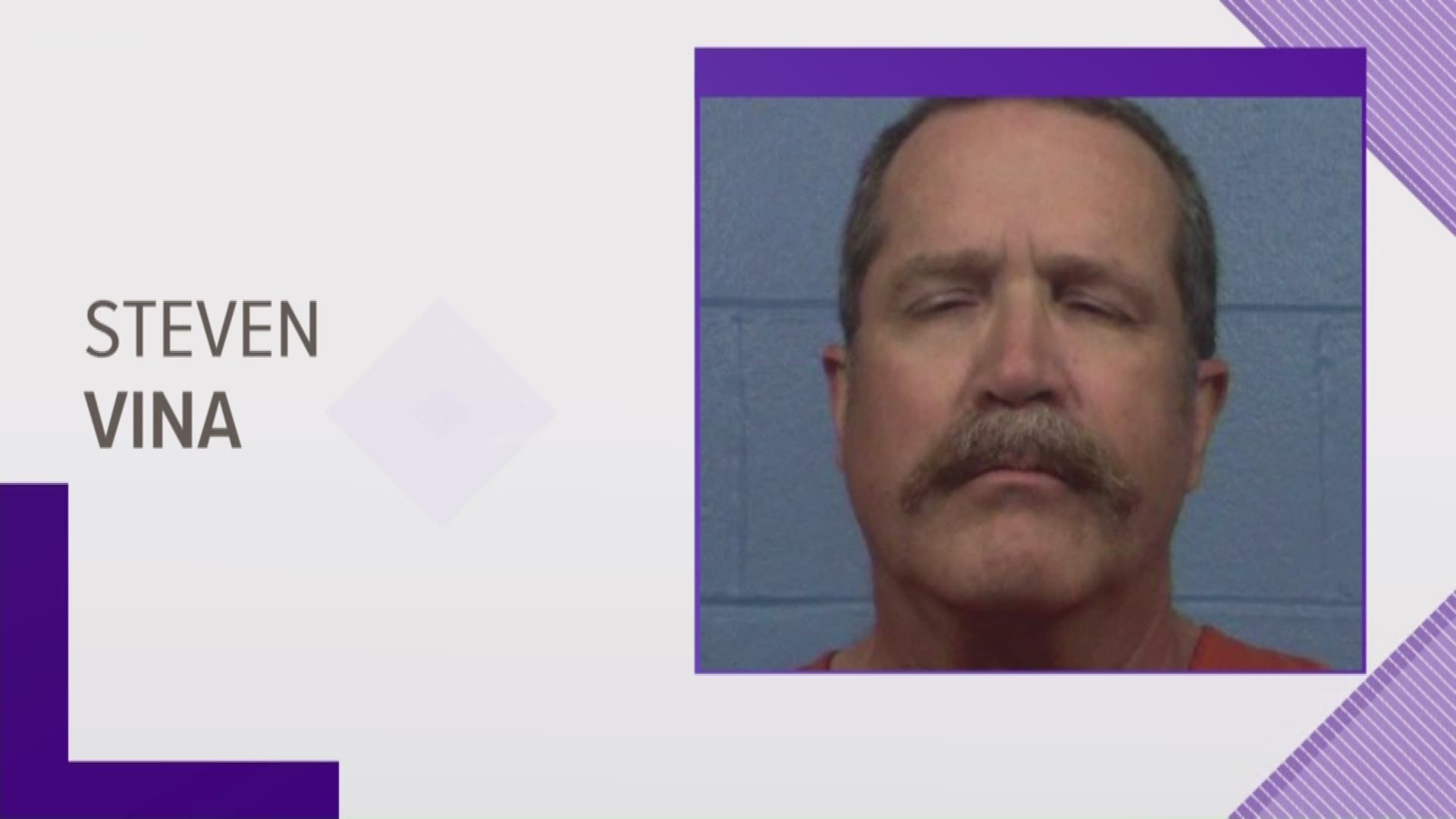 ROUND ROCK, Texas — A Houston man has been arrested after he allegedly sexually assaulted a 9-year-old boy last month at a vendor show in a Round Rock church.

According to an arrest affidavit for suspect Steven Anthony Vina, the boy's mother told police she owns a small business selling religious items and that she was at the vendor show on Sept. 7 at St. William Catholic Church at 620 Round Rock West Drive. Toward the end of the show, she reported that her son told her he was in the men's bathroom when a man, pulled him into a stall, pulled his pants down and touched him inappropriately.

She said Vina, 60, owns a business called MG Rosary and that he lives in Houston. Police conducted an online search for the business and discovered it is owned by Vina and his wife.

Round Rock police met with the boy on Sept. 16 at the Dallas Children's Advocacy Center. There, he told officials that the man pulled him into a stall and told him not to say anything or else he would hit him. He reported that the man pulled his pants down and began to lick him. He also reported that he was selling rosaries at a booth near his family's and that he had seen the man before at a similar event in Atlanta.

On Sept. 17, police said they met with Vina at the Children's Assessment Center in Houston. When asked if he knew why police were questioning him, police reported that Vina said he "had a theory." When asked what that theory was, Vina reportedly began to describe an interaction with a boy at a vendor show in Round Rock on Sept. 7.

Vina told police that a young male was hanging around his booth and smiling a lot, which he thought was strange. Police asked him why he thought they would be talking to him since his description did not depict anything criminal, to which he said he had been "racking his brain" trying to figure out why he would be getting questioned. He then admitted to going to the restroom several times that day and that he may have brushed up against a child but he said he never did anything inappropriate.

At this point, police said Vina began to get very animated by describing himself, saying he was "almost a homophobe" and that he couldn't understand the concept of gay sexual activity. He also began to ask his interviewer if they were Reid or Wicklander certified, which are two techniques commonly used in law enforcement. When the officer said they were certified and that they believed Vina was displaying signs of deception, Vina said he was choosing his words carefully as to not say anything that "deceptive people say."

Hays County man gets 99-year sentence for assault, indecency with a child

Also during the interview, the officer said Vina matched the description the boy gave of the suspect by his deep voice, gray hair and mustache, and glasses. However, the boy could not positively identify Vina by the photo lineup police provided as the photo of Vina in the lineup was several years old.

On Sept. 21, police said the boy's mother reported that her son was talking with a family friend, a Catholic nun, on the phone. While speaking to her, he began going through photos on his mom's phone and she said he came across a photo of Vina on the event's Facebook page in which he was sitting on a chair in the church hall. He told his mom that "this is the man who touched me." When his mother sent police this photo, police confirmed it was Vina and that he was indeed at the event.

Vina has been charged with aggravated sexual assault of a child, a first-degree felony. Online records indicate he was booked in the Williamson County Jail on Oct. 7.