According to an affidavit, police found child pornography on Michael Sagues's devices during the course of their investigation. 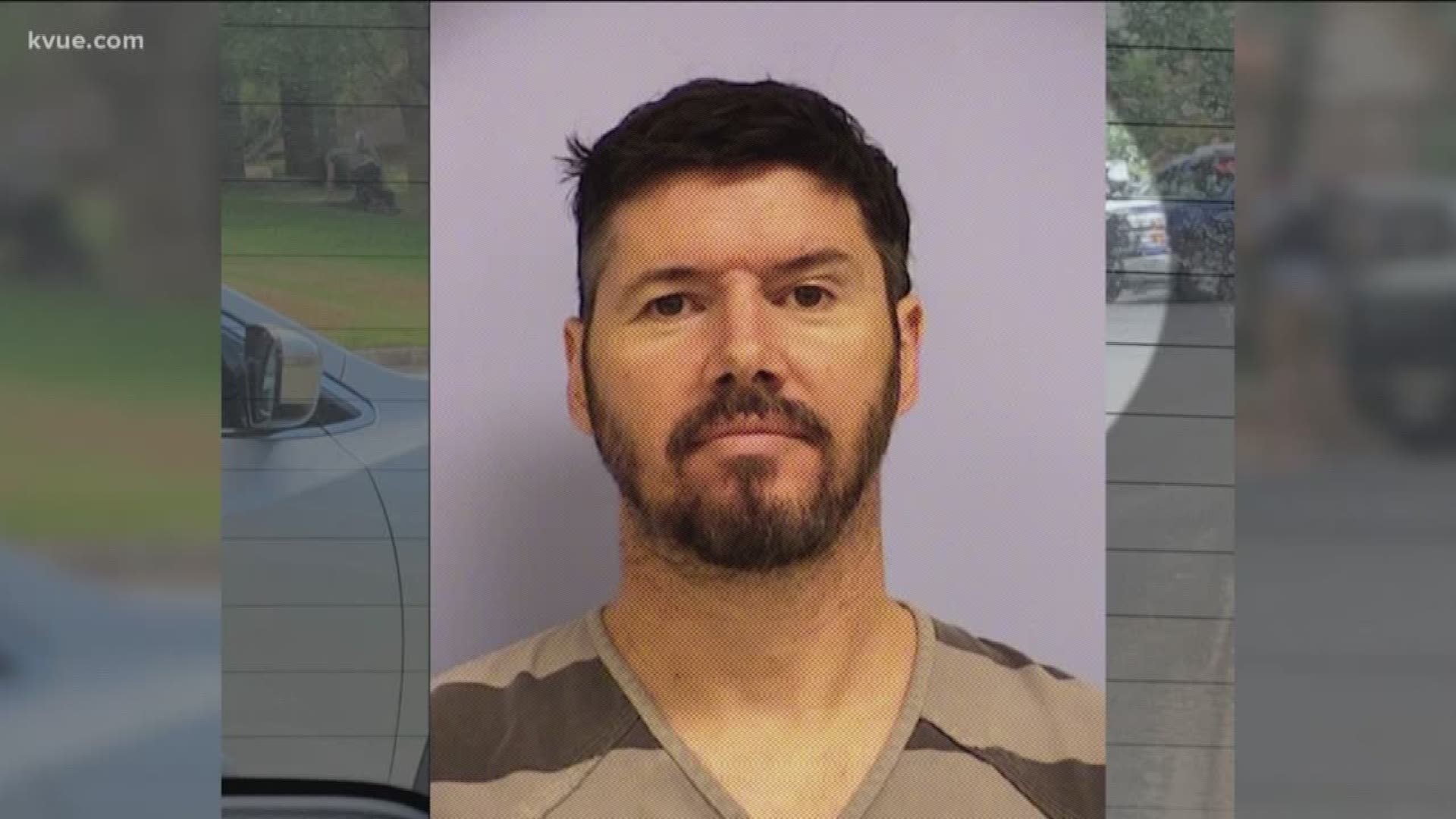 AUSTIN, Texas — An Austin man accused of breaking into his neighbors' home and planting a camera in their bathroom is now facing additional charges.

In August, KVUE reported that Michael Sagues was facing a charge of burglary with the intent to commit invasive visual recording, a first-degree felony. According to an affidavit obtained by KVUE on Monday, Sagues is now also facing a possession of child pornography charge, a third-degree felony.

According to the affidavit, while investigators searched Sagues' devices in connection to the home break-in case, they found two computers containing lewd images of children.

According to a police affidavit for the home break-in, Sagues broke into his neighbors' home on March 4. APD said they responded to a 911 call at 10:44 p.m. that night and, when officers arrived, they were informed that the victims had found a wireless camera behind the mirror in one of their guest bathrooms the same day their bathroom was going through a remodel. A court document said the bathroom that was being remodeled was primarily used by one of the homeowner's two daughters, who are under the age of 18.

A security camera inside the victims' house showed a man entering the house and going directly to the bathroom – carrying what appeared to be the device the victims found – before leaving, the affidavit said.

An exterior security camera allegedly spotted a similar man, wearing the same clothing, walking toward the house the day before the bathroom remodel started.

According to police, the victims socialized with Sagues' family on previous occasions.

On March 5, the case was assigned to the APD Burglary Unit for follow-up, police said in a press conference Friday.

Credit: Austin PD
50-year-old Michael Sagues is accused of breaking into his neighbors' home on March 4.

Detectives found out the camera found in the home was a Phylink 720 HD Covert Wireless IP camera, purchased from Amazon. Police said the investigation revealed that Sagues had purchased two of those cameras from Amazon, one in July 2017 and another in March 2018. Other than the camera found at the victims' home, APD said they have not seized any additional cameras.

Police said over the course of the investigation, six search warrants were executed, including one on April 4 at 11510 Champion Drive. On that day, officers searched Sagues' home and found clothing that matched the victims' security camera footage. Detectives seized "electronic items capable of storing digital images or videos," according to the affidavit. Police said those devices continue to be searched by APD and contain over 20 terabytes of data storage space and over one million images.

On August 13, detectives found images that showed the interior of the victims' bathroom, including the victims in "various stages of undressing, including their intimate private areas." Investigators believe the camera was installed above the bathroom sink counter. Images were also found of an additional unidentified bathroom.

On Aug. 14, APD filed a warrant of arrest for Sagues. On Aug. 15, the APD Burglary Unit, Organized Crimes Division and Property Crimes Task Force executed that warrant at Sagues' home and he was arrested. All residents within 400 feet of Sagues' home were contacted by APD and relevant information was distributed to them. APD said Friday that the 400-foot distance was chosen due to WiFi signal capabilities.

Sagues bonded out of jail on Aug. 15 on personal recognizance, according to authorities.

APD said Friday that they have identified and notified at least one other victim in the same neighborhood. They continue to search Sagues' seized devices and are now focused on locating and notifying any additional victims. Sagues currently only faces charges related to the original victims' case.

"This has been a lengthy investigation because this case was initially a single burglary of a residence incident, so we thought. During the course of that investigation and through an extensive amount of evidence, it was confirmed just this week that this case included more than one victim," APD Assitant Chief Jennifer Stephenson said in the Friday press conference. "The number of legal processes, including search warrants and various electronic subpoenas and the hundreds of manhours to search through the large amount of data, brings us to where we are in the investigation today."

On Aug. 15, KVUE spoke with people who live in the neighborhood where the camera was found. One woman who lives nearby took pictures of Sagues' arrest.

Credit: Helen Hall
Police outside of a North Austin home on the 11500 block of Champion Drive.

"Six months ago, we knew there was an incident with a hidden camera in his neighbor's house," neighbor Helen Hall said. "They raided his house and we thought for sure he'd be arrested, but he never was."

After the arrest was made Thursday, Hall said police searched some neighbors' homes.

"Cops came around to every house within – I guess they said 400 feet because that was in his range," Hall said, "They came in my home and asked to see the bathrooms and showed us a diagram of how he put the cameras in."

She said that diagram showed a bathroom mirror with two little holes an inch inward on the bottom edge of the mirror, where a camera was installed in one of the holes. The transmitting equipment was under the sink.

Hall said it's scary to have this happen nearby.

"My grandbaby's here all the time, yeah its ... its very unsettling," Hall said. "It's a relief to know that at least he's been arrested."

Anyone with any information related to this case is asked to call the APD Burglary Unit at 512-974-6941.

Enjoy delicious food while giving back during Austin Restaurant Weeks