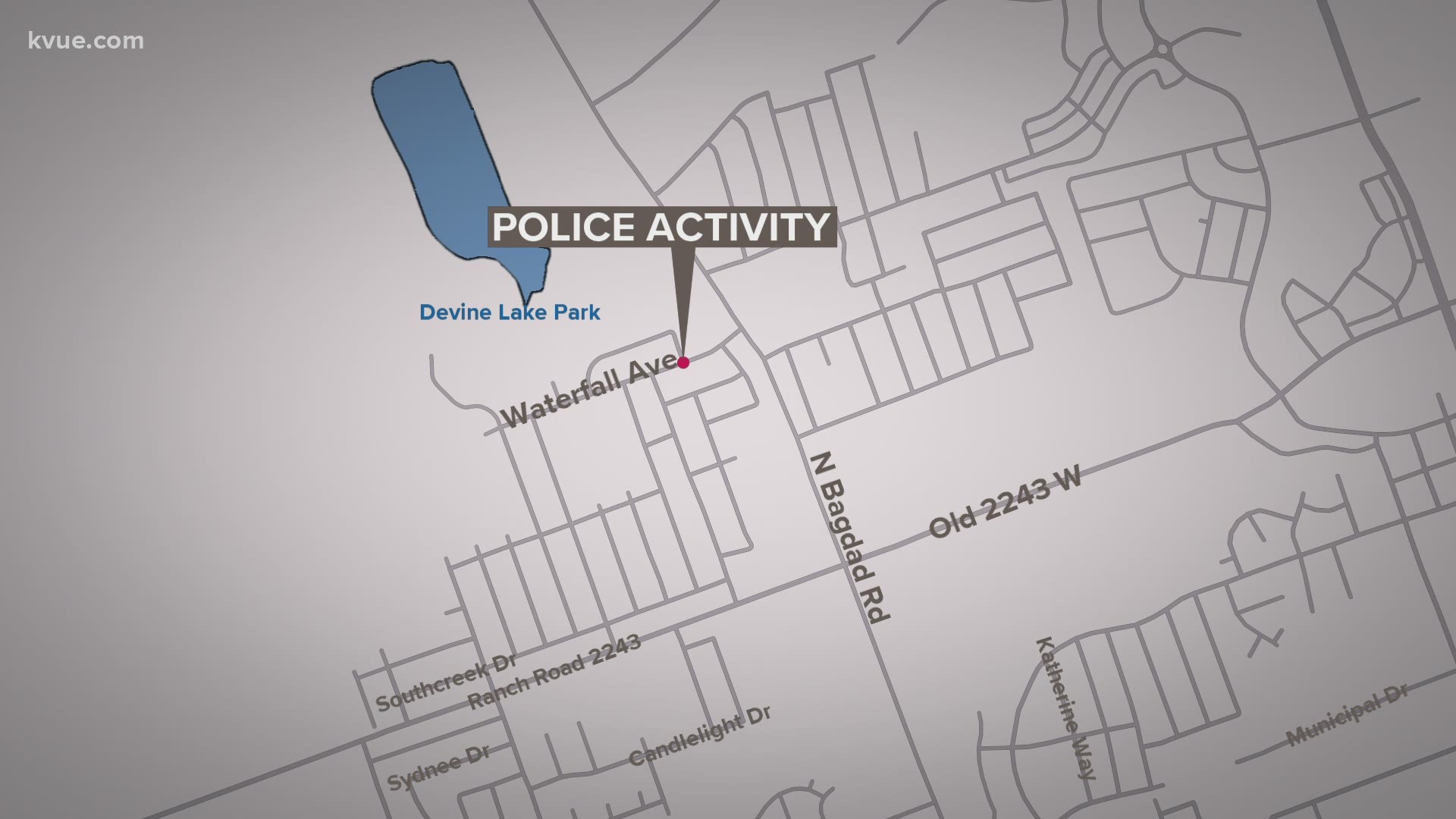 LEANDER, Texas — Police have named the man accused of firing gunshots in a Leander neighborhood, which led to an hours-long standoff with police.

Neighbors reported shots fired near 1300 Waterfall Ave. on Wednesday shortly before 9 p.m. When officers arrived, they briefly met with the man before he "retreated immediately" into his residence.

Two shots were fired inside his residence and a reverse 9-1-1 call was issued to residents to shelter in place.

A KVUE viewer sent an alert that residents received advising them to take shelter in their homes, lock all exterior doors and windows and turn off internal lights during the standoff. Police said that the notification was sent out to a very broad area and that the affected area is only the residents living near 1300 Waterfall Ave.

The suspect, identified as 39-year-old Ty Curiel, was barricaded inside his home for hours. Police said he was the only person in the home.

At around 2:40 a.m., the SWAT team could hear another gunshot inside his residence. The SWAT team "utilized gas" inside his home at around 4:30 a.m. That's when the man came out and was arrested.

He faces charges of possession of a controlled substance and disorderly conduct.

No one was injured in the shootings.

According to court documents obtained by KVUE, Curiel lived alone at the residence and is known to suffer from mental illnesses. The affidavit also states he was in possession of about 1.4 grams of methamphetamines.