Police said a lockdown at Lanier High School was caused by a 15-year-old student who allegedly flashed an airsoft gun in the hallway. 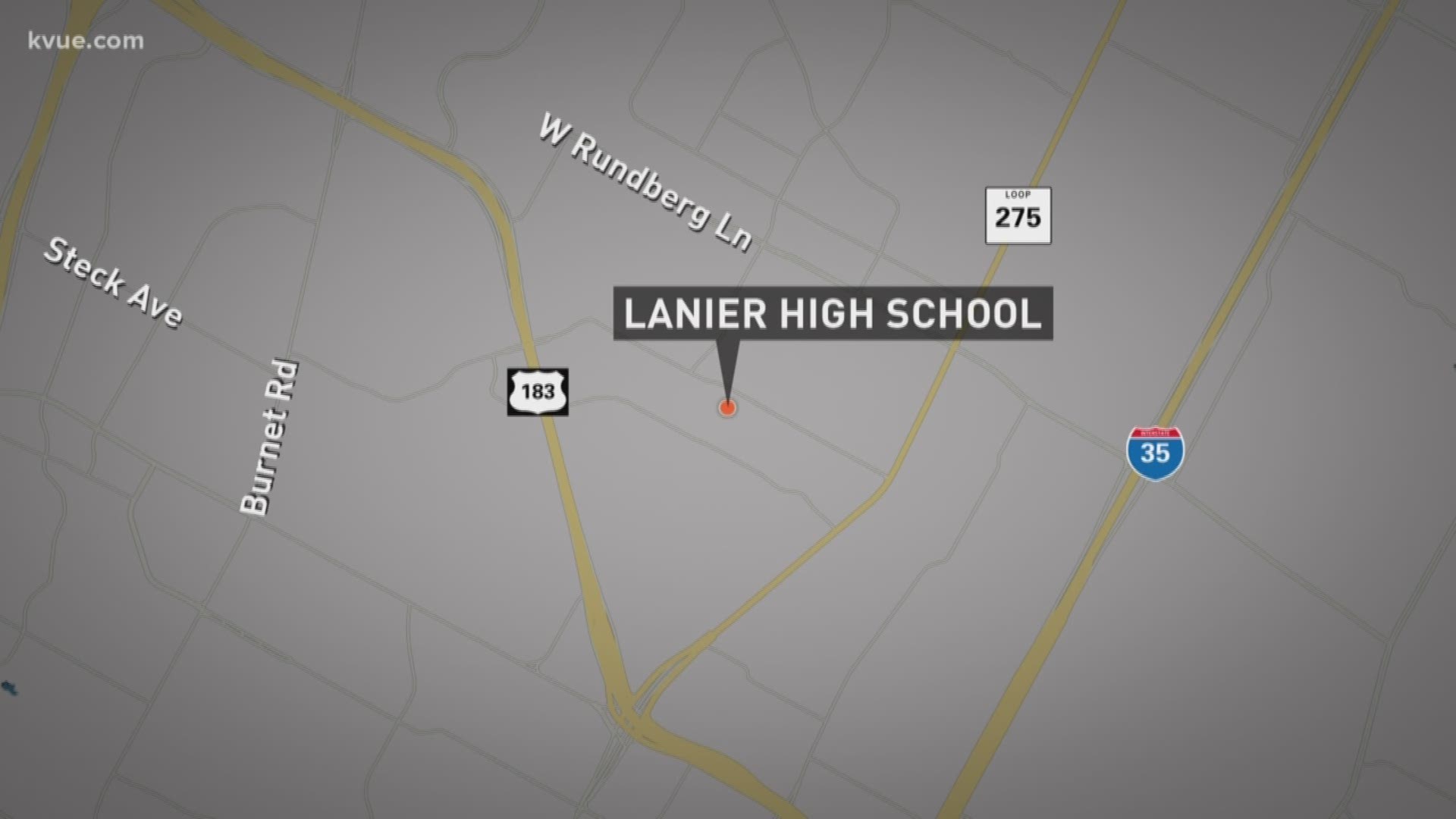 AUSTIN, Texas — A 15-year-old student is in custody after Lanier High School was placed on lockdown Wednesday due to reports of an armed person.

Austin Independent School District Police Chief Ashley Gonzalez said the call first came in before noon stating a student had flashed what appeared to be a handgun in the hallway of the school. That student was later identified and fled the scene.

After requesting aid from the Austin Police Department, officials responded with helicopter and K9 assistance upon losing sight of the student south of the school. Police said the K9 unit was able to locate him near New Hampshire and Fairfield Drive hiding behind a home shortly after 1 p.m.

Upon taking the teen into custody, officials said the weapon was determined to be an airsoft gun. No shots were ever fired, police said.

The boy could possibly face a felony charge of making a terroristic threat, Chief Gonzalez reported.

Austin ISD said "all regular activities have resumed" at the school and that students and staff are safe.

This story will update as more information becomes available.