'It's not okay' | Sheriff Salazar, Mayor Nirenberg speak out against killing of George Floyd

"The fact that those officers stood by and did nothing while a fellow officer killed somebody is not okay," Bexar County Sheriff Javier Salazar told deputies. 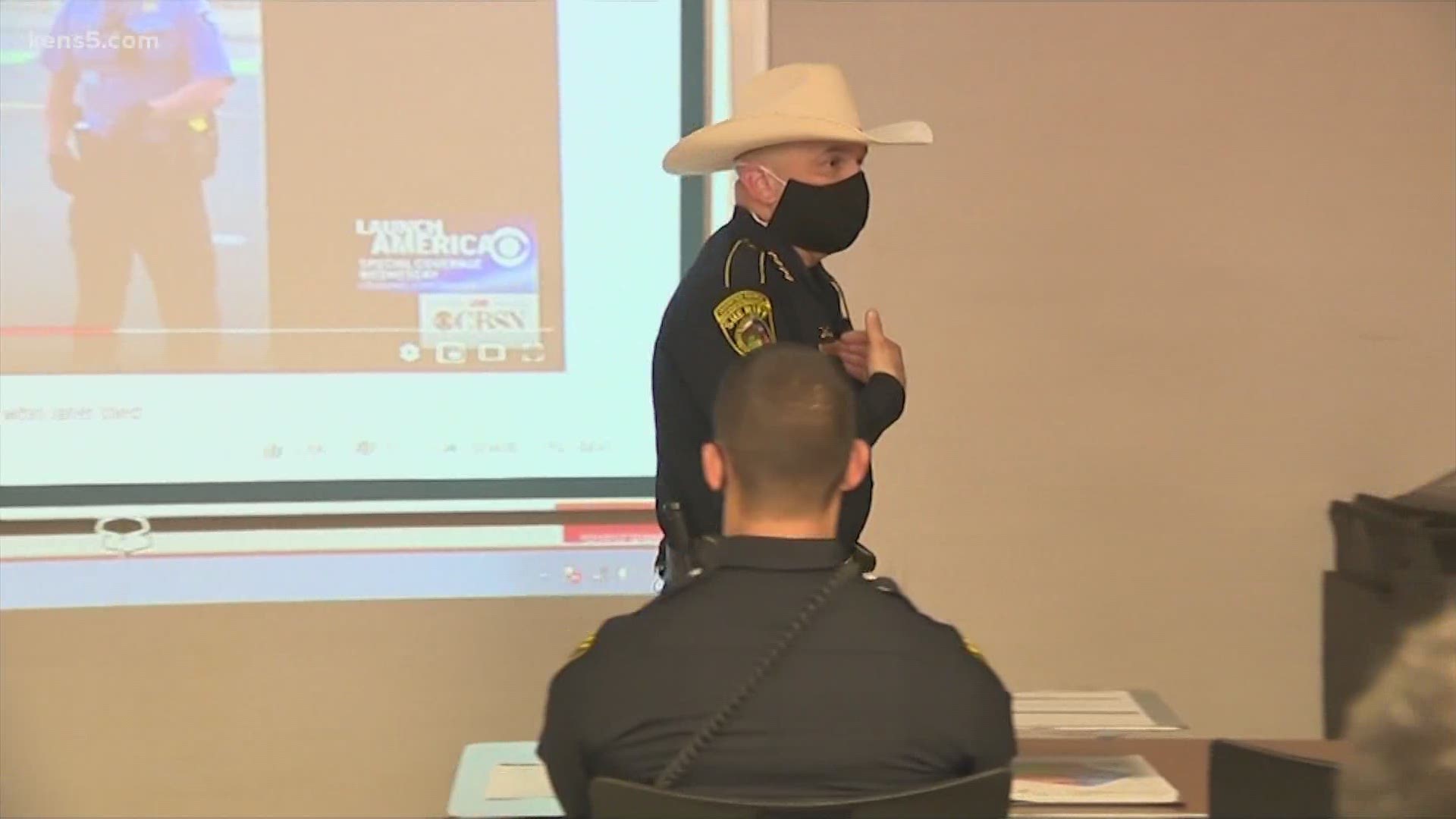 SAN ANTONIO — As emotions in Minneapolis continue to boil, local leaders in San Antonio took strong stands on Friday, saying what happened to George Floyd will not be tolerated here.

At his nightly briefing, Mayor Ron Nirenberg turned away from coronavirus statistics to call what is happening in Minneapolis devastating and an American tragedy.

"I hope that justice can be served but it's tragic to see a city in that state," Nirenberg said. "We are urging everyone to focus on clarity and vision and hope for justice in the case of George Floyd and so many others that have been killed."

Nirenberg urged San Antonians to remain calm, saying  "We need to do what we do here in San Antonio, which is to fight for justice in a peaceful manner."

Meanwhile, at the Bexar County Sheriff training academy, Sheriff Javier Salazar paid an unexpected visit to the current cadet class to exhort them to learn from the mistakes of others.

Salazar reminded the cadets that they all have the power to effect change in violent situations.

"All of that could have prevented had one officer stepped in and told that officer 'You're out of line. Stop what you're doing and let's just put this guy in the patrol car and let's go. Let's go write up the report.'"

Salazar said , "I thought it was appropriate, in light of what's going on in the country to remind them that look, it's not okay. What happened out there is not okay. The fact that those officers stood by and did nothing while a fellow officer killed somebody is not okay. So we're just letting them know that it's not that it's just socially acceptable, it's expected of you to step in and do the right thing and stop somebody from doing something like that."

Salazar said the training gives his people a playbook and practice so that when they encounter difficult situations in real life, they will have already walked through the problems in the classroom.

Salazar told the cadets, "Expect it. When you come to in-service, you will get EPIC. Make sure you always do the right thing."

"There's nothing that I know of that teaches other officers to help police each other like this because it's not about snitching at Internal Affairs. What this does is it prevents problems from going to Internal Affairs  in the first place by encouraging somebody to always do the right thing," Salazar said.

More information about the background of the EPIC program can be found here.

Another innovative program that helps law enforcement and citizens with communication and understanding is called Walk A Mile In My Shoes.

RELATED: 'I can't breathe': Protests in honor of George Floyd, Breonna Taylor take place in downtown Dallas and Fort Worth

RELATED: Fourth night of unrest across Minneapolis despite curfew order

RELATED: 'Stand strong, stand together': Former NBA player Steven Jackson on a mission to get justice for George Floyd