In the third day of Carrillo's murder trial, jurors heard a recording of a police interview in which Carrillo admitted to beating Marissa Kennedy to death. 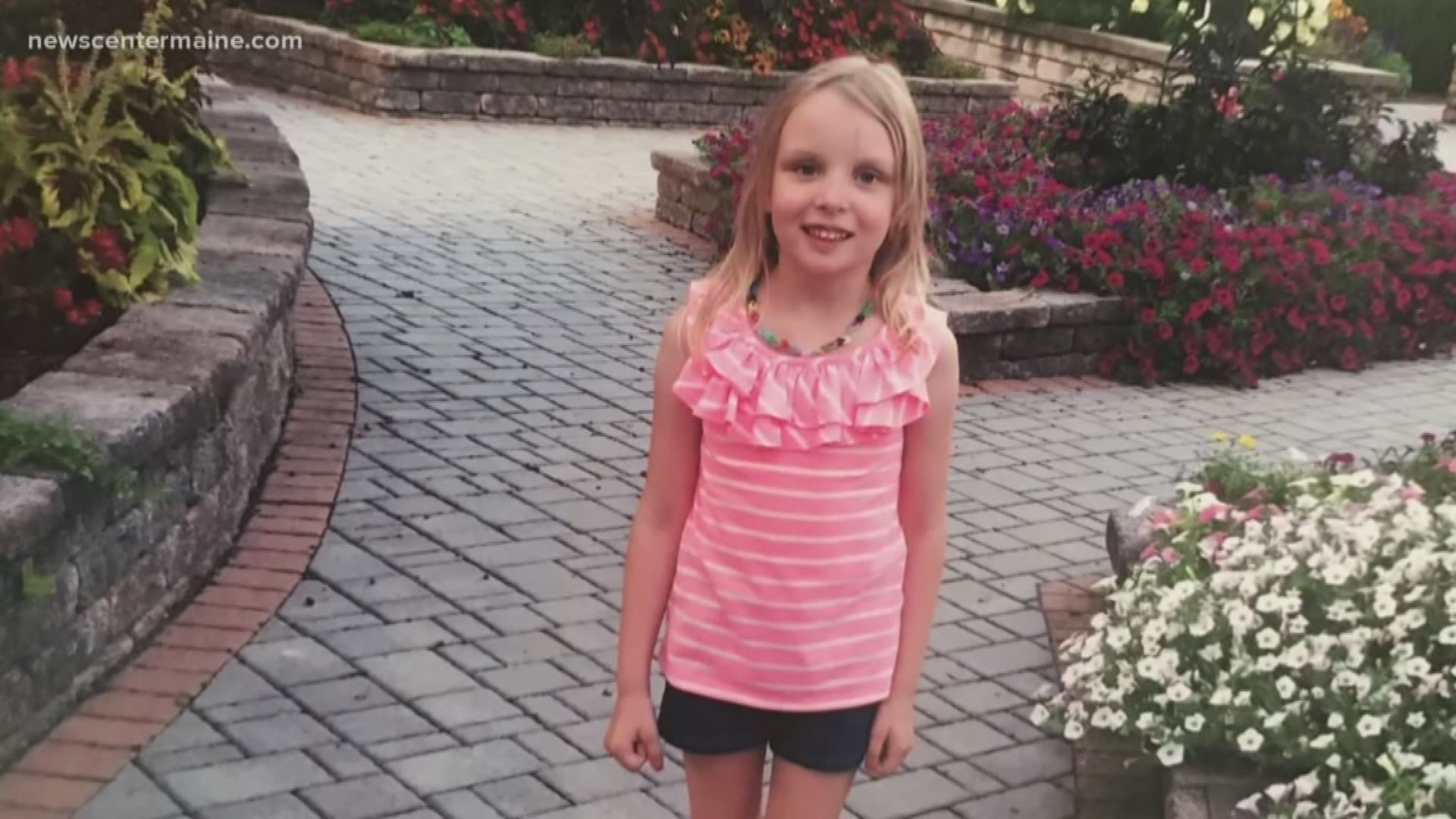 BELFAST, Maine — Jurors in the Sharon Carrillo murder trial on Tuesday heard an audiotape of Carrillo describing in detail how she beat her daughter, 10-year-old Marissa Kennedy, to death.

Carrillo and her husband, Julio Carrillo, were charged with depraved indifference murder in the February 2018 death of Kennedy in Stockton Springs.

In the audiotape from a police interview shortly after Marissa’s death, Sharon Carrillo admits to police that she regularly “punished” her daughter by locking her in a closet, striking her in the head, face and torso, and forcing her to kneel while standing on the backs of her legs. She said she and her husband each whipped Kennedy with a belt as many as 15 times each, twice a day.

She told police she beat her daughter because she lied, was “disrespectful” and wouldn’t stop screaming.

Kennedy was found beaten to death at a home in Stockton Springs by her mother and stepfather, who tried to make her death look like an accident, prosecutors have said.

Forensic experts told the jury that human tissue was found on that belt.

Prosecutors showed jurors a video of police walking through the condominium with Sharon Carrillo shortly after her daughter’s death. In the video, Carrillo shows police a broken mop handle she said her husband broke as he beat Marissa with it.

Macomber showed the jury that mop, as well as a letter Sharon Carrillo said she wrote relinquishing custody of Marissa to the state.

Defense attorneys for Sharon Carrillo continue to argue that she was also a victim of Julio Carrillo.

Sharon Carrillo's defense attorney, Chris MacLean, told NEWS CENTER Maine last week that because her IQ level is in the third to fifth percentile, she may not understand some of the complex dealings of a murder trial.

Opening arguments were heard on Friday.

On Monday, jurors heard the beginning of the police interview that concluded Tuesday. In the recording, Carrillo said Kennedy "just got out of control" the day she died. She said Kennedy told Julio Carrillo she was going downstairs to watch TV while the couple and their other children remained upstairs, but said Julio Carrillo went downstairs several hours later and found Kennedy breathing erratically and then spitting up blood.

Carrillo said she and her husband changed her daughter's shirt because it was "getting all full of blood."

In response to questions from police, Carrillo said sometimes Kennedy would keep her awake by moaning due to the pain sustained from the beatings. Carrillo admitted that she would then send Kennedy to sleep on the couch.

As the audiotape played, Carrillo wept with her face in her hands. Her attorney, Chris MacLean, had his arm draped across the back of her chair.

"I shoulda brought her to the hospital," Carrillo said in the recording.

Police also had Sharon Carrillo read a letter she wrote, which she said Julio Carrillo read to Kennedy the day before the child became unresponsive. The letter, addressed to DHHS, said Sharon wanted to give Kennedy to the state because "she lies and disrespects me" and hurts the couple and their kids.

Yankowsky said red-brown stains were found on the bathroom wall. The washer contained socks, polka-dotted pajama bottoms, purple girl's underwear and, in a laundry bag, a pair of size-12 Crazy Eight jeans with red-brown stains on the knees.

Julio Carrillo pleaded guilty to murder and was sentenced to 55 years in jail. He is expected to testify in Sharon Carrillo’s trial.

Macomber said he expects the prosecution to rest on Wednesday.

RELATED: Judge ruled Sharon Carrillo competent to stand trial for the murder of her 10-year-old daughter