COLLEGE STATION, Texas — A protest at Texas A&M ended in the arrest of two people Thursday, one of which is Hollywood actor, James Cromwell.

Cromwell, 79, is charged with hindering proceedings by disorderly conduct. He posted a $5,000 bond and has since been released from the Brazos County Jail.

Cromwell joined others who were protesting against the university's Duchenne muscular dystrophy research.  The university had been testing and doing studies on dogs, but officials say they have since ended the animal testing back in September of 2019.

It's something PETA supporters and the organization dispute.

"Caging and hurting golden retrievers is unethical and bad science, and it needs to end now," Cromwell stated before the protest.  He said he wants the university to release the dogs and put them up for adoption to be spared further misery. 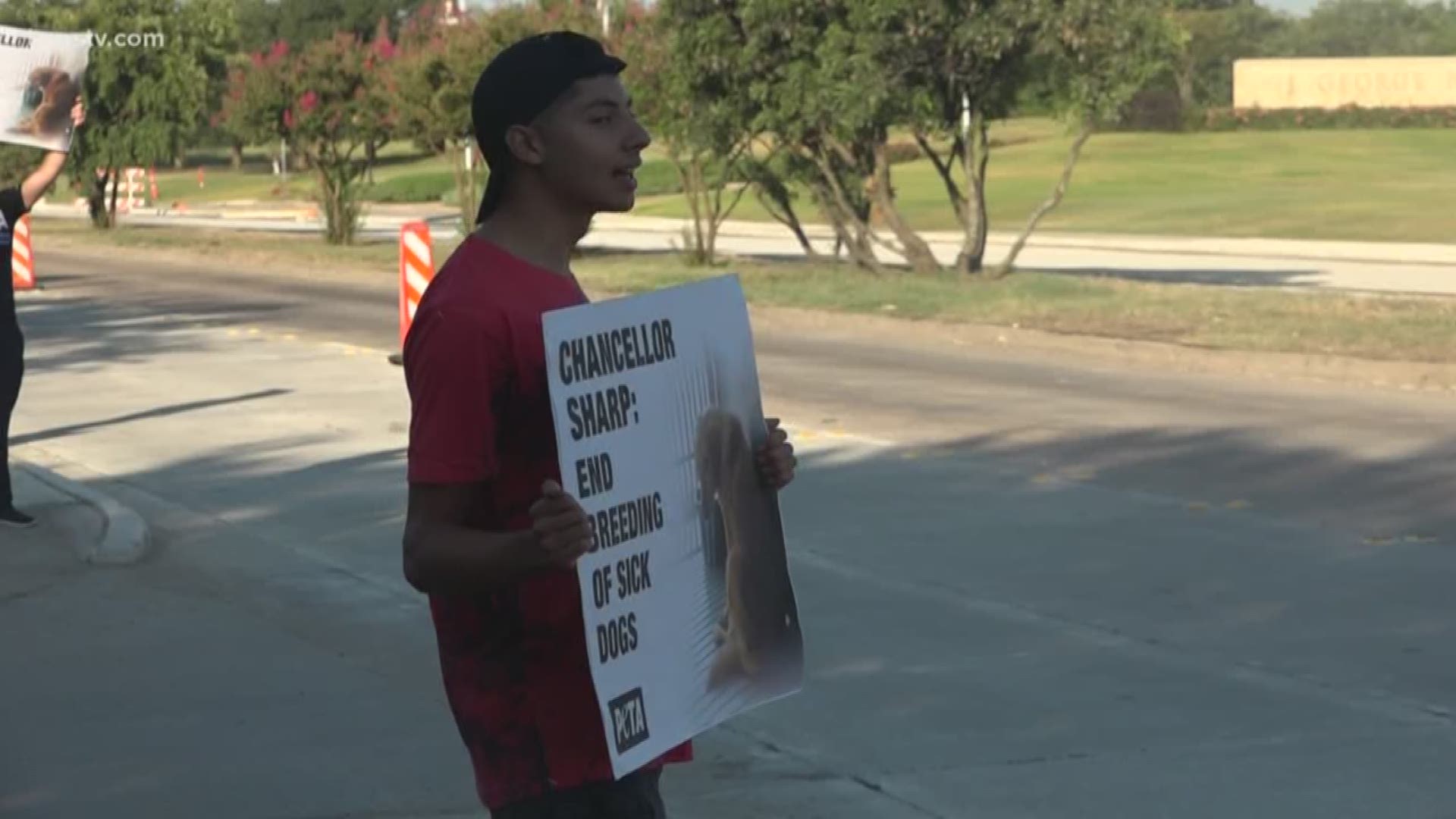 The protest took place at the Memorial Student Center on A&M's campus during a Board of Regents meeting.  Cromwell shouted at the board members to "do the right thing" and "shut down this lab!"  University police arrested him at the scene and took him and another man to jail.

Texas A&M maintains PETA's protests on its campus is simply fueled by misunderstanding.