Police said the woman was driving on East University Avenue when she was apparently shot at random. 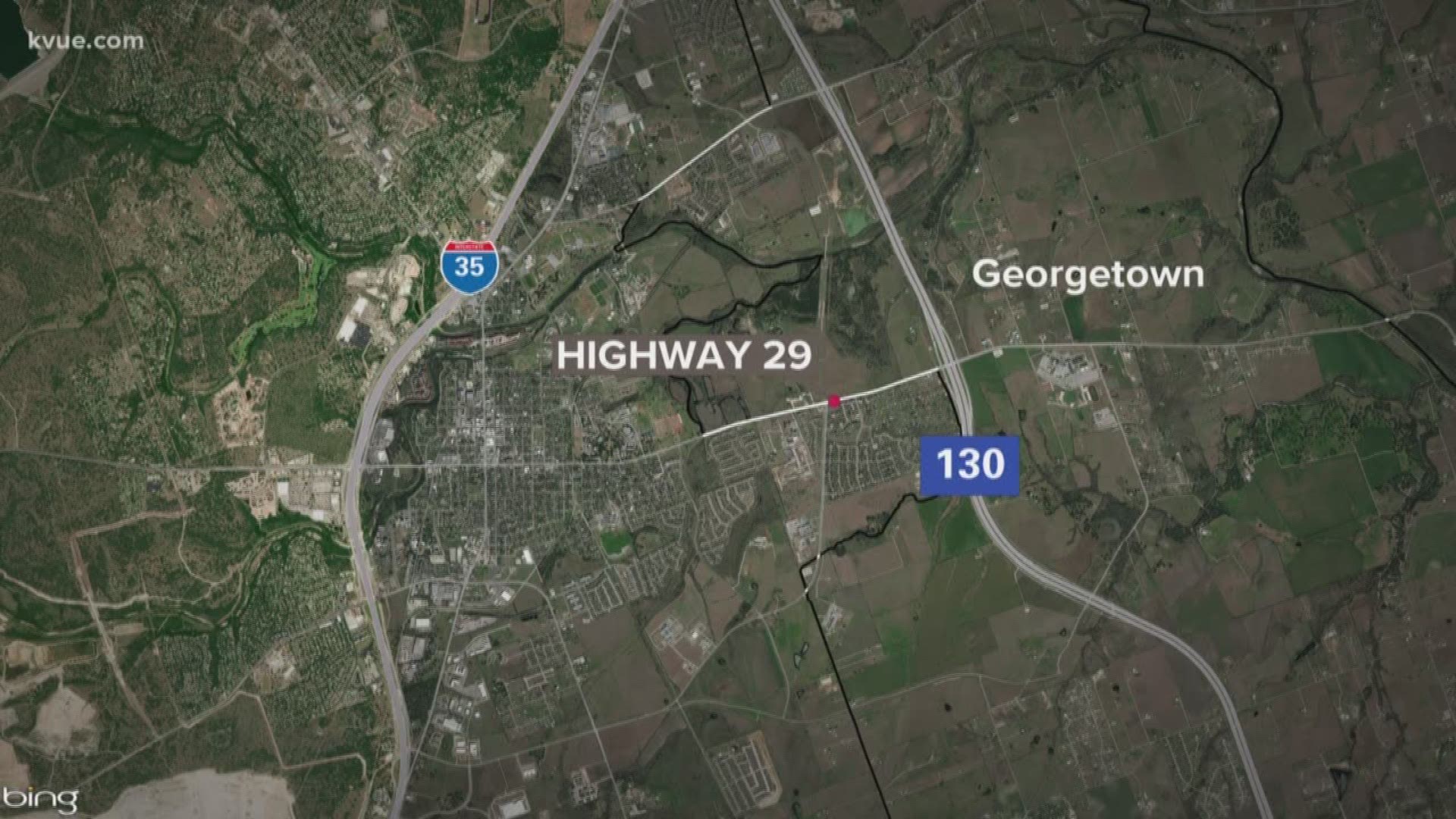 GEORGETOWN, Texas — The Georgetown Police Department is investigating after a woman was shot Monday while she was driving with her two children.

Police, fire and EMS officials responded after the call around 1:07 a.m. The woman reported she was shot in the leg while she was driving on the 3000 block of East University Avenue (Highway 29), just west of Texas 130.

Officers located her vehicle and confirmed that she had been shot in the leg, but there was no exit wound. Officers then applied a tourniquet and she was transported to Seton Williamson.

The woman required emergency surgery, allowing police to collect the projectile. She is expected to be released Tuesday. Her children were uninjured.

Police said that though they currently have very limited leads, it appears she was shot at random. Investigators will actively work on all available leads.