In the video, the girl puts her arms around an officer as he picks her up off the floor of the hotel room she was found in. 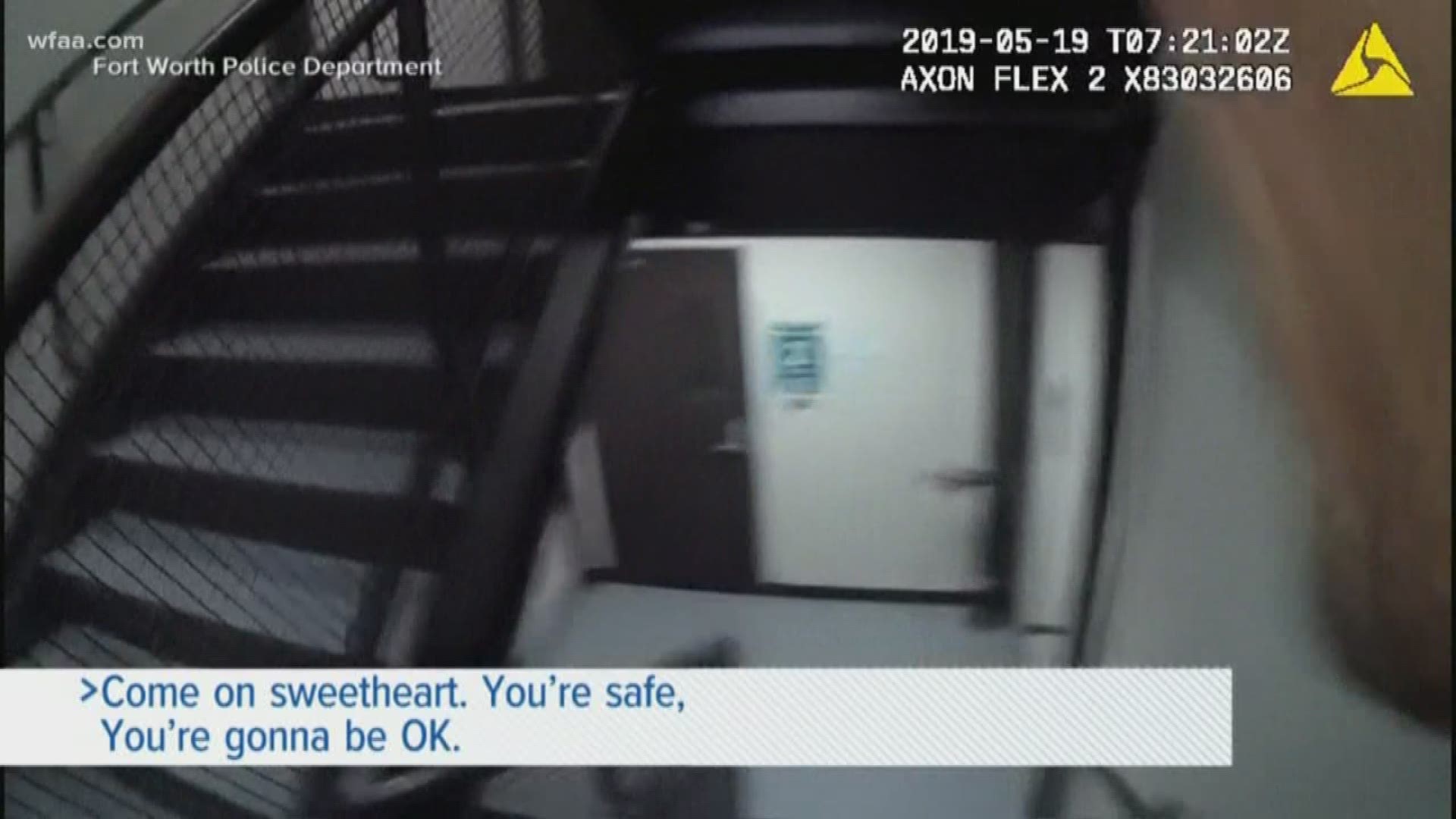 Fort Worth police have released a first-person look at the moment officers rescued an 8-year-old girl who was kidnapped off the street back in May.

Michael Webb was sentenced Thursday to life in prison for kidnapping the girl as she was out for a walk with her mother in a Fort Worth neighborhood in broad daylight.

A security camera had captured the brazen kidnapping on video, which launched a search that led authorities to a hotel room where they found Webb and the girl more than eight hours after she was abducted on May 18.

During the trial, the victim's mother took the stand and described the moment Webb first approached them in a car as they walked down a street in the Ryan Place neighborhood of Fort Worth.

RELATED: Michael Webb sentenced to life for kidnapping of 8-year-old girl off Fort Worth street

In a recorded video with the FBI, Webb said he had threatened the girl once he took her.

"What did you say to scare her, Michael?" an officer asked.

"I told her if she said anything, that I would do something to her parents, and if I was in jail, I would have my friends to do it," he responded in the video.

In the body cam video ABC News obtained from Fort Worth police, the girl looks like she’s hunched over in the corner of the hotel room at the Woodspring Suites where she was found.

She then puts her arms around an officer as he picks her up off the floor.

“Hey, here she is, we got her! We got her!” one officer yells out as they find her.

Erin Nealy Cox, the U.S. attorney who helped put Webb behind bars, spoke to ABC News about how the young girl is doing and the case.

"I thought she was such a brave little girl," Cox said. "She is incredibly resilient. She's got the love of a strong family, who are just as brave as she is, and I think she is going to do extraordinary things one day."