Keller police records show Hamilton is accused of repeatedly striking and slapping his daughter in September. 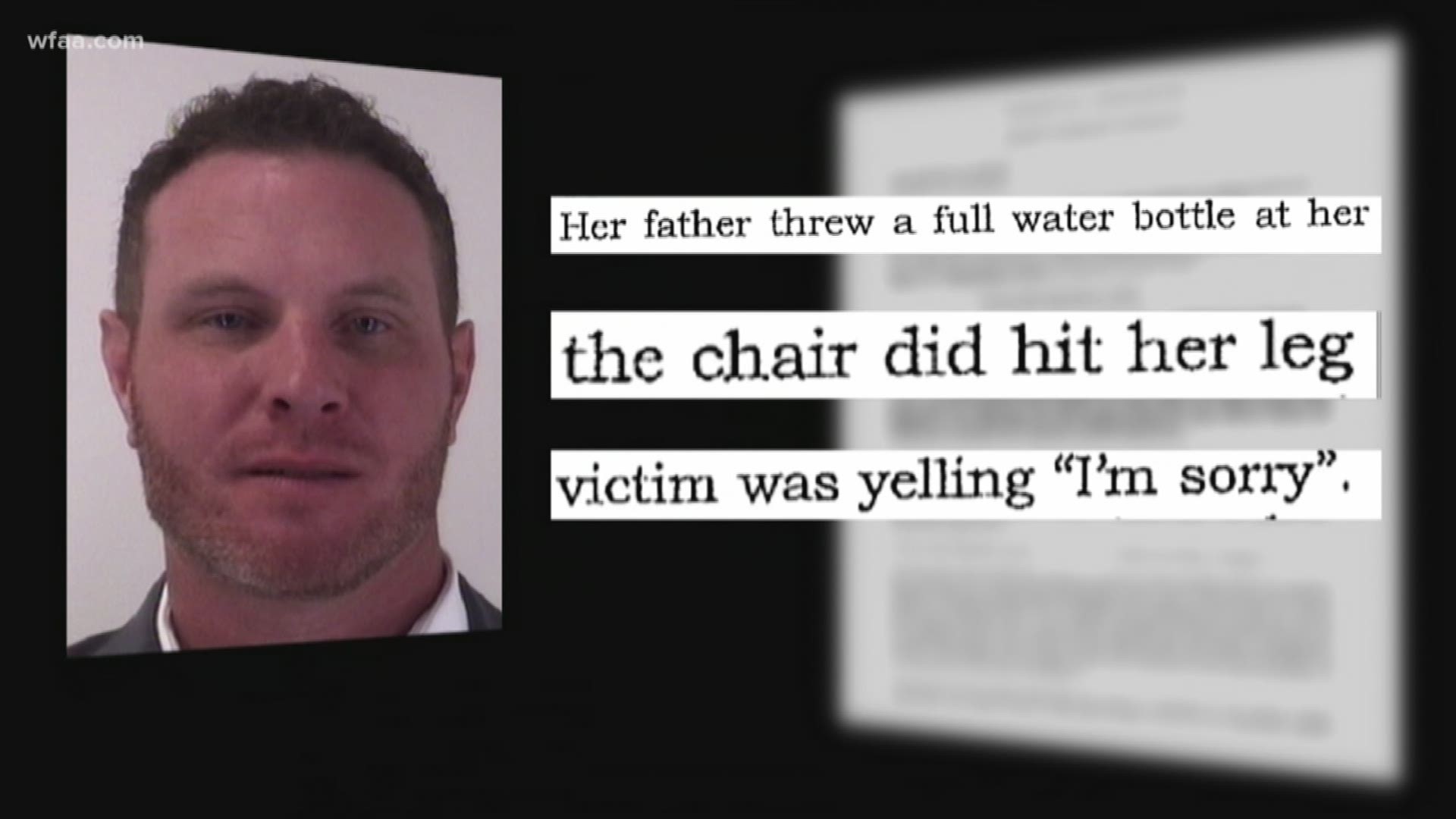 Former Texas Ranger Josh Hamilton faces a felony injury to a child charge in connection with an incident in which he is accused of hitting and scratching his daughter.

During the assault, he told his daughter to tell a judge "what a terrible dad I am" so that she would never have to go to his house again, according to Keller police records.

Hamilton, 38, was booked in Wednesday to the Tarrant County jail on the third-degree felony charge. His bail was set at $35,000. The alleged assault occurred on Sept. 30, according to police records.

Tarrant County court records show Hamilton's ex-wife, Katie Hamilton, has filed for a temporary restraining order against him on behalf of her daughter.

Hamilton spoke of the importance of being a father in May after it was announced he would be inducted into the Texas Rangers hall of fame.

He said he still thinks about playing.

“Then I remember why I quit. Just to be there for my girls," Hamilton said in May.

Arrest records show Hamilton is only accused of assaulting his oldest daughter.

His three children were interviewed by Child Protective Services, according to an arrest warrant affidavit. The younger two heard and saw some of what happened, the record says.

The oldest told the interviewer that her father started to assault and throw things at her after she made a comment that upset him, records show.

“Her father threw a full water bottle at her in an overhand motion which hit her in the chest,” the warrant says.

The girl told investigators that her father was “cussing and yelling at her.”

He then pulled a chair out from under her feet and threw it at her. She was able to move, but the chair still struck her leg, the warrant says.

The chair broke, and Hamilton then grabbed the girl and she fell to the ground, bruising her hip. Hamilton then picked up the girl, threw her over his shoulder and carried her to her room, the warrant says.

“I’m sorry,” the daughter yelled while Hamilton carried her.

When they got to the room, he threw her onto her bed, then used his hand to pin her face to the bed. While she was pinned, Hamilton hit the girl on her legs with his other hand, the record shows.

Hamilton then picked her up by her sweatshirt, causing the garment to rip. He then pushed her back on the bed and repeatedly hit her on the back and legs, the warrant says.

“I hope you go in front of the [expletive] judge and tell him what a terrible dad I am, so I don’t have to see you anymore and you don’t ever have to come to my house again,” Hamilton said to her, according to the police record.

While Hamilton was leaving the room, he told the girl to get her things ready for school. When she said she already had, he said, “Well aren’t you just the perfect child,” the document says.

"Josh Hamilton voluntarily surrendered himself to Tarrant County authorities today. Mr. Hamilton is innocent of the charge against him and looks forward to clearing his name in court."

The former baseball star has struggled with addiction and alcoholism.

Hamilton played for the Texas Rangers from 2008 to 2012 and was part of the team during two World Series trips. 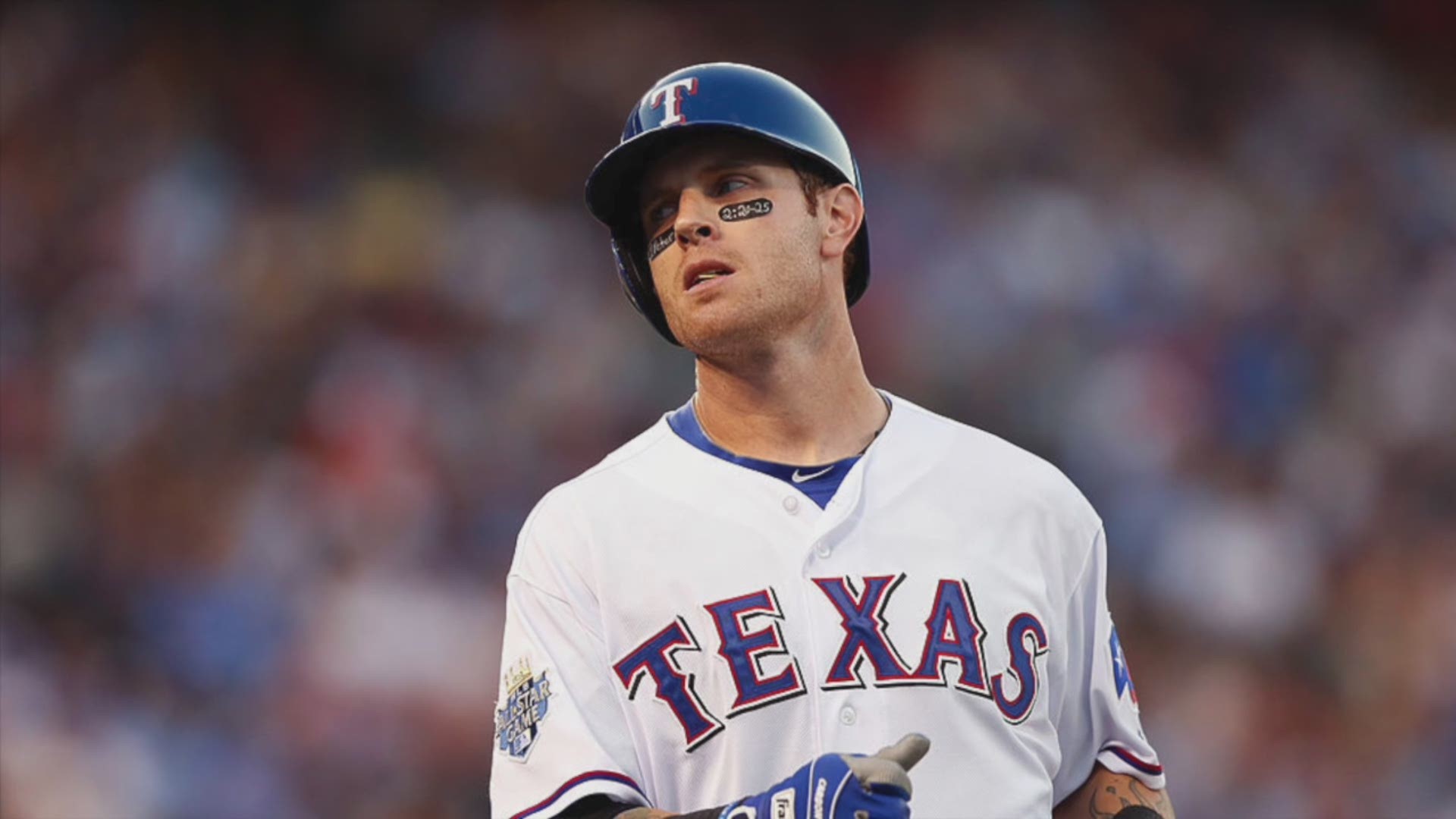